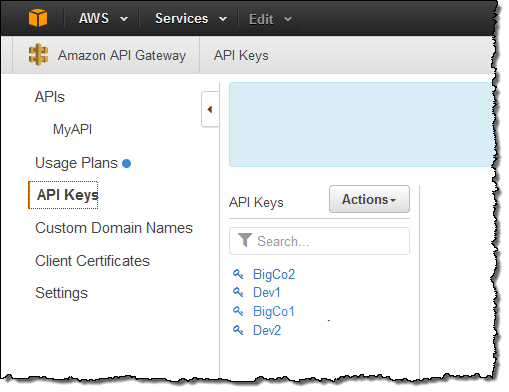 These keys identify each user of the API, and allow the API developer to control the set of services and service stages (environments such as test, beta, and production) that the key holder can access. Because the APIs often provide substantial business value, our customers have told us that they would like to build APIs, regulate access to them, and monetize them by charging based on usage.

New Usage Plans
In order to support this use case, we are introducing Usage Plans for API Gateway. This new feature allows developers to build and monetize APIs and to create ecosystems around them. You can create usage plans for different levels of access (Bronze, Silver, and Gold), different categories of users (Student, Individual, Professional, or Enterprise), and so forth. Plans are named and control the following aspects of access to an API:

If you choose to make use of Usage Plans, each of your APIs must be associated with a plan. Fortunately, the API Gateway will be more than happy to create default plans and associate them with your APIs. You need only confirm that you want this to happen:

The default plans have no throttling and no quota, and will not change the behavior of the API. 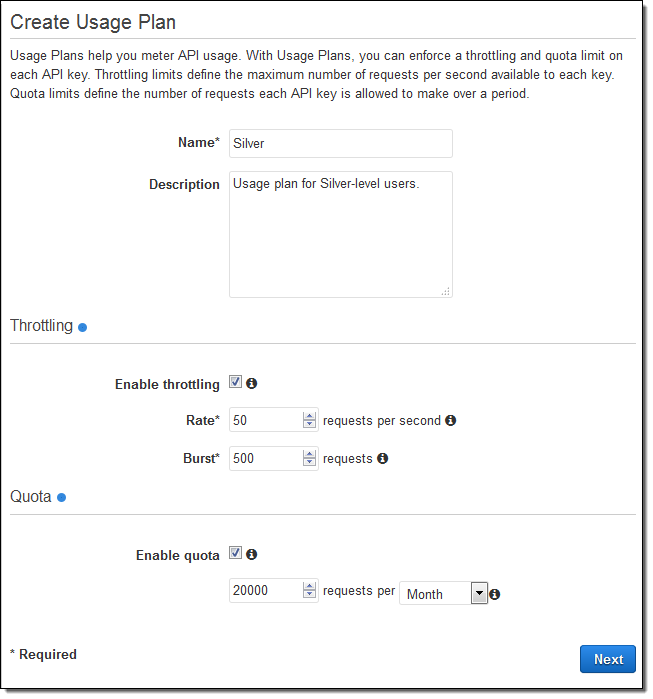 Throttling is implemented using a Token Bucket model.  The bucket is large enough to hold the number of tokens denoted by the Burst value, and gains new tokens at the specified Rate. Each API request removes one token from the bucket. Using a Token Bucket allows you to have APIs that support a steady stream of requests with the capability to accommodate the occasional burst. You can use/think of throttling in two different ways. From the business side, it allows you to use a Usage Plan to control how many requests each of your customers can make. From the technical side, it allows you to insulate the services that are used to implement the APIs from excessive requests. This is especially important if those services are implemented outside of AWS and cannot scale to meet demand.

Click on Next, and then select the API and API Stages that can be accessed via the Usage Plan:

Click on Next to create the plan, and then add some API Keys to it You can add existing keys or create new ones: 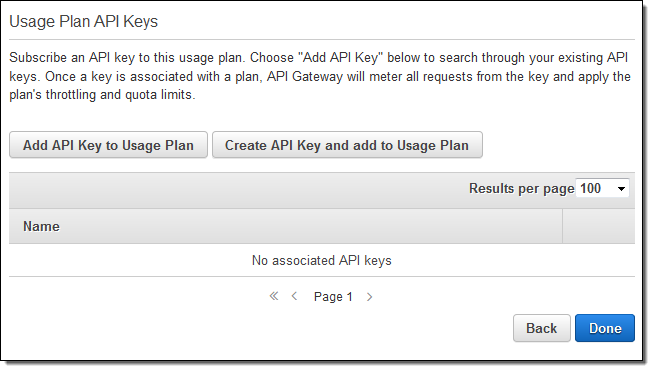 If you are planning to attach the usage plan to an existing API Key, you must first remove the default plan from the key because the key cannot reference multiple plans that refer to the same stage. You can do this by opening up the API Keys in a second browser tab and clicking on the “x” to the right of the default plan: 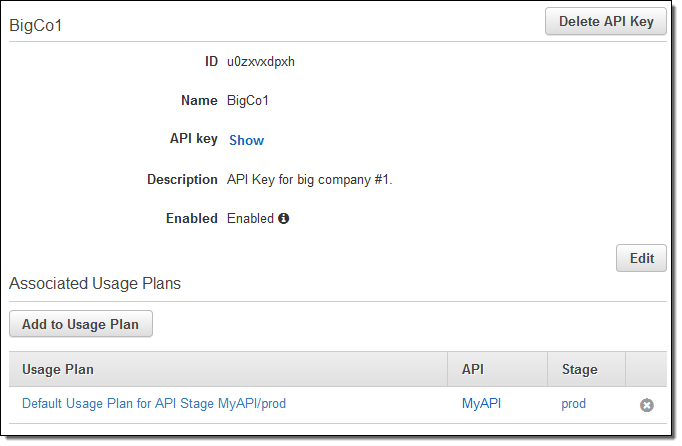 Now (on the tab where you are adding the API Keys to the plan), select one or more API Keys (representing subscribers to the API), and click on Done: 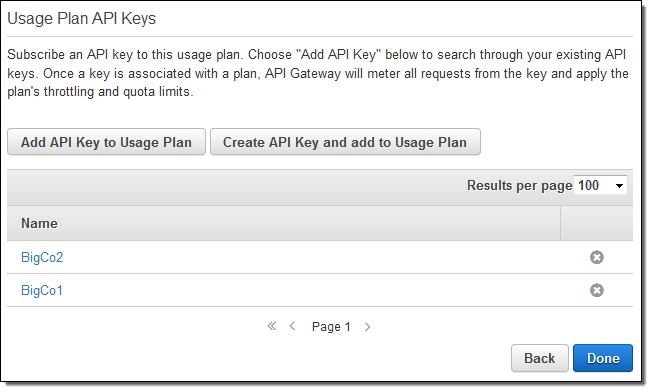 As soon as your users (subscribers) start to make calls to the APIs using their API Keys, their usage will be throttled and limited as specified in the plan. You can view their usage at any time by clicking on Usage: 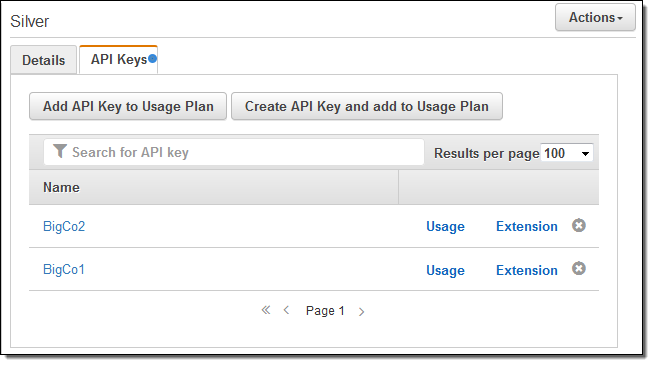 Quotas are applied and respected in real time. Usage data can be up to 30 minutes behind.

You can download usage data for the plan by clicking on Export Usage Data:

You can then process and analyze the data as desired. For example, you could bill your subscribers on a per-call basis.

If one of your subscribers is making exceptionally good use of your API and is getting close to their quota for the period, you can grant a usage extension to them without changing the Usage Plan. Simply click on Extension and enter the number of requests that they are permitted to make for the remainder of the period:

Using Usage Plans
As I mentioned earlier, you can use Usage Plans to bill for usage and to create an ecosystem around your APIs.

Before I wrap up, I should point out that the API Keys are for identification, not for authentication. The keys are not used to sign requests, and should not be used as a security mechanism (this is a perfect use case for Cognito Your User Pools).