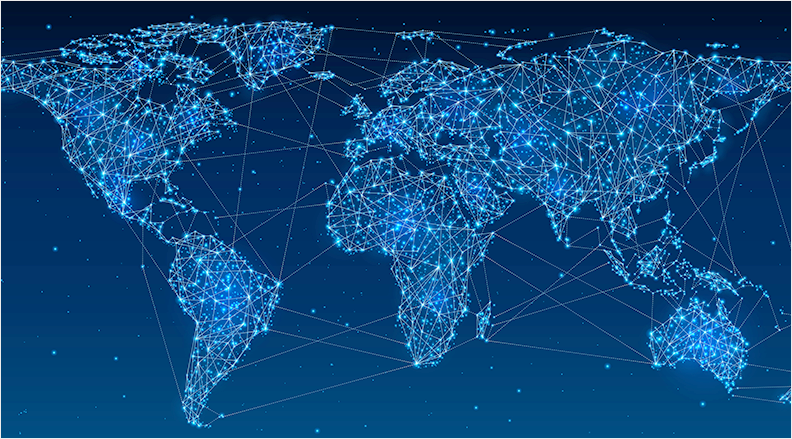 Online multiplayer isn’t just a feature for many games; it’s core component of gameplay. It has to be performant; it has to be reliable; and it has to be stable. And, perhaps to no-one’s surprise, developing online multiplayer is hard — especially when poor design or implementation can, well, ruin that gameplay. Multiplayer games have been growing and evolving in recent years and it’s not unreasonable to think they’ll continue to — people like to play together, and they like new experiences. As a result, players’ and customers’ expectations for networking reliability and performance have grown as well.

It’s why we wanted to take a step back re-evaluate our Networking feature in Amazon Lumberyard and its ability to meet the increasing demands of online gaming. We decided to start with the backbone of online networking, the transport layer, and how we implemented it previously in our GridMate networking component.

GridMate has a fairly robust transport layer. It implements features such as:

Overall, it was pretty worthy, even now. But that’s not to say we didn’t identify potential areas of improvement as well! For example, we found the following limitations in GridMate:

GridMate is definitely a solid networking library. That being said, it also has room for improvement and is built primarily for single-server multiplayer games. With that in mind, we decided to start fresh and build a new streamlined transport layer with the flexibility and performance to handle a wider range of networking needs.

AzNetworking is a new core Lumberyard API for our new transport layer. As our guiding principles in its development, we determined a new networking library must be:

So we built it. Amongst other things, AzNetworking provides the means to:

How did we do? Let’s gauge with some easy to understand, measurable and battle-tested data.

First, we wanted to reduce the overall codebase. We measured code size by counting lines in .cpp, .h, .inl and .jinja files in both libraries, excluding test collateral but including code generated from jinja templates.

That’s nearly a 3x reduction in code, which means it will be easier to maintain overall.

In the corresponding .cpp file you’ll find most of the meat including serialization:

Last but not least we have the inline methods:

As you can see a little bit of XML handles a fair bit of boilerplate.

GridMate was largely tested through the use of MultiplayerSample, a 2D shoot-em-up (colloquially known as a “shmup”) game. With AzNetworking we opted to make the first major entry into our test suite a soak test. A “soak test” is a transport-oriented test designed to saturate a connection with traffic to observe the performance of the transport layer. The idea is to saturate a connection for hours on end to see what breaks or if degradation occurs.

Combined with the configurability of AzNetworking, we can selectively soak individual features and combinations of features. Our most robust configuration so far features:

We run the soak test almost habitually at this point. Added a new feature? Fixed a transport bug? Just have some down time? The soak test is probably running. Thanks to its usage we’ve successfully hardened the API against a variety of issues and can now run it fully featured overnight.

We measured performance by having GridMate and AzNetworking each send a reliable one byte packet and profiling the send and receive portions of each’s transport. The scenario uses one client and one server with no compression or encryption.

This is roughly a 30% improvement over the performance in GridMate!

(As a side note, with all features on profiling shows ~55 microseconds on average spent in AzNetworking’s Send/Receive logic.)

To this day, we’ve seen GridMate used to power a lot of impressive simulations and we wouldn’t be here without the lessons learned from it. We’re hoping the improvements demonstrated so far in AzNetworking can not only take the types of network simulations we’ve seen so far a step further but also power what comes next.

We’re hard at work developing the next version of our tech and we’d love to hear from you. Share your ideas and thoughts in the comments below, or on the Lumberyard forums.