Previously, we wrote about price-performance optimizations for GROMACS that showed how the GROMACS molecular dynamics simulation runs on single instances, and how it scales across many instances. In that post, we covered a variety of CPU-only Amazon EC2 instances. In this three-part series of posts, we will be extending that analysis to include instances with GPUs. Similar to last time, we’ll also consider instances with and without Elastic Fabric Adapter (EFA), our high performance network capabilities.

GROMACS is a molecular dynamics (MD) package designed for simulations of solvated proteins, lipids, and nucleic acids. It is open-source and released under the GNU Lesser General Public License (LGPL). GROMACS runs on CPU and GPU nodes in single-node and multi-node (cluster) configurations. See https://www.gromacs.org/ for more information.

Before we talk about the runs and results, it’s worth briefly diving into what happens in an MD simulation and how GROMACS approaches the challenges associated with it. This will help us to choose optimal hardware for fast and efficient MD simulations.

In Molecular Dynamics, Newton’s equations of motion are integrated for a system of N particles, which could be the atoms of a protein in solution, for instance. The interactions between the particles are described by a potential that is called the force field. It includes bonded interactions that model the chemical bonds, as well as non-bonded, electrostatic (Coulomb) and van der Waals interactions that act between all atoms. From the positions of the atoms and the potential, the interatomic forces are calculated, which are then used to update the velocities and the positions of the atoms. This is done in a loop over many millions of time steps until a desired time span of the dynamics of the system is captured in the form of a trajectory that contains the positions as a function of time.

GROMACS tries to make use of all the hardware (CPUs, GPUs) available on a compute node to maximize the simulation performance. In contrast to scientific codes that run exclusively on CPUs or natively on GPUs, GROMACS uses an offloading approach. That means, the main loop over the time steps that update the position of the particles is run on the CPU, while portions of the interactions are offloaded to the GPU to be efficiently computed there. Since GROMACS version 4.6, the non-bonded interactions, which account for the main part of the calculations needed in an MD step, can be offloaded to GPUs.

A big advantage of this approach is that only the offloaded interactions need a GPU implementation (i.e. require CUDA or OpenCL code), while the main code base with its numerous algorithms that already exist in C++ does not need to be ported to the GPU. Later on, when new functionality is introduced, we still get increased simulation performance from the GPUs even though the new functionality is implemented solely on the CPU.

Another advantage of offloading is that both CPU and GPU FLOPS — floating point operations per second — are put to good use. This leads to very good performance on nodes that have both a powerful CPU and GPU installed. Ideally, CPU and GPU finish their computations at about the same time in the time step, so that no cycles are lost waiting. Luckily, as a result of the Particle Mesh Ewald algorithm used to calculate electrostatic interactions, the computational intensity between the short-range part (calculated on the GPU, if present) and the long-range part (calculated on the CPU) of these interactions can be adjusted. GROMACS does this automatically at the start of each run to balance computations between GPU and CPU to minimize idle times during the time step.

However, the offloading approach requires us to have at least some balance of CPU to GPU capacity. Having only CPUs will work, because all algorithms can run on the CPU, but it doesn’t work the other way around (yet). If we have too little CPU FLOPS for too much GPU FLOPS, GROMACS will try to compensate by shifting as many interactions as possible to the GPU. But with too little CPU compute capacity, the GPU will starve, waiting for the CPU to catch up, and effectively leaving GPU FLOPS unused and leaving performance gains on the table.

GROMACS makes use of parallelism on multiple levels: 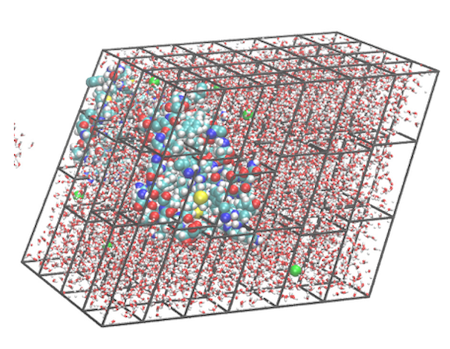 Figure 1: Domain decomposition of a simulation system into 6 x 4 x 3 domains so that it can run on 72 MPI ranks. Abraham, MJ, et al. GROMACS: High performance molecular simulations through multi-level parallelism from laptops to supercomputers. SoftwareX 1 (2015) 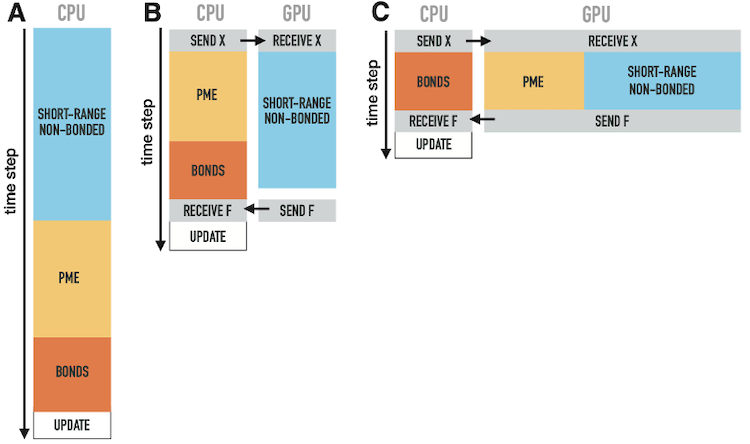 Figure 2: Work distribution across CPU and GPU for a single simulation timestep

In this first-of-three blog post, we covered the necessary background of what GROMACS does and how it utilizes CPU and GPU resources. In part 2 of this series, we will cover the price-performance characteristics for GROMACS running on single EC2 instances.