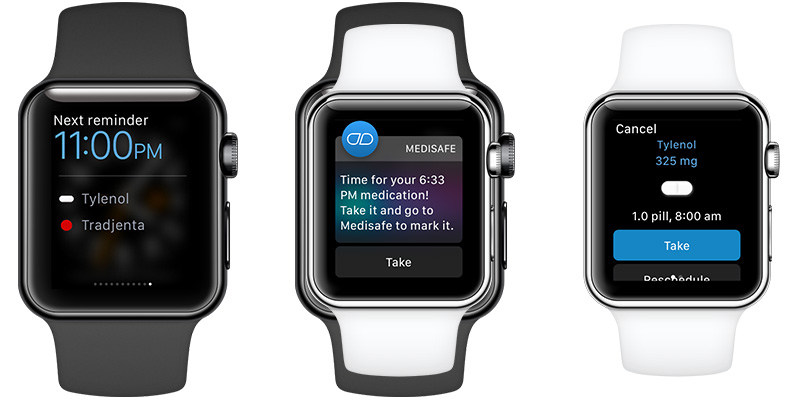 In the risk-averse healthcare industry, even seemingly simple issues like adherence—whether or not patients actually take the medication they’re prescribed—are difficult problems to solve. Silos in the market mean that pharmaceutical companies are separated from their end users by layers of doctors, pharmacies, and insurance plans. This can complicate the experience for everyone involved, even to the point of putting patients’ lives at risk. But Medisafe, a medication management platform and app that was founded in 2012, has a solution that brings everything together.

It began, in fact, by trying to deal with adherence crisis. Founder and CEO Omri Shor’s father, who has diabetes, had a health scare when trying to remember whether or not he had taken his insulin shot one day. Relying only on his memory led him to inject a second dose of insulin and almost gave him a diabetic shock, so brothers Omri and Rotem Shor decided it was time to give him and others in his position a chance to better keep track of his medication. “Medication management is a huge issue in the US. 700,000 people a year suffer an emergency,” Shor said.

Medisafe provides a personalized user experience to track medication adherence, dealing with causes sometimes more complicated than mere forgetfulness. “25 to 30% of adherence problems are related to forgetfulness. But then there are 75% that are outside of that,” Shor explained. “It could be I’m not aware, I’m not educated, I don’t trust my doctor or my pharma company, I don’t want to put chemicals into my body. So different users, based on their therapeutic profile, based on who they are, get different content that we think would be helpful for them.”

There are effectively three profiles for each patient. Their demographic profile: gender, race, age, etc. Their digital signature: where do they live, how do they commute, “all of those things that help us to better understand who you are.” Finally, their therapeutic profile: the medical issues they face and the treatment plans they are following. “For each and every patient we build that full profile based on those three, and then we start feeding them with content that we think would be beneficial for them. It’s trial and error, but now, after 4.5 million patients, it’s much more accurate than others,” Shor says.

After five years, how much has adherence improved for Medisafe customers? It commissioned multiple studies, with one showing that their reported adherence was 85% on average, while in the claims data they appear 92% adherent. And while that helps patients manage their treatment, it’s also a huge benefit to other players in the healthcare industry too.

“What’s unique about adherence is that it’s an intersection of a lot of places in healthcare,” Shor explains. You have the consumer and the family. But there are three or four others as well: “providers, payers, pharmacy, and pharma.” According to studies, pharmaceutical companies lose potential income totaling about $180 billion a year because patients don’t take their meds. They also suffer from limited information about what’s actually happening in the market, because they don’t have the market knowledge and insights, and they don’t have a tool to influence patient behavior. Medisafe is essentially becoming a digital companion for a pill—a “digital envelope” that will remind you to take it, that will give you all the content and all the information, and allow you to track your outcomes as well. Medisafe then takes that information, de-identifies it, and allows healthcare actors in all sectors to draw important interpretations from it.

These insights flow back and forth, from customers and doctors to pharma companies and insurers and back again. Because Medisafe deals with detailed data at such a large scale, they’re able to expand the knowledge base that an individual doctor operates with and provide much more granular information to pharma companies about how people actually use their products. What’s more, they can then communicate that knowledge to the customers.

For example, one of Medisafe’s partners in the pharma industry put out a drug that creates a lot of irritated bowels, even though it’s the best drug in its class. “How do you communicate to the patient, look, get through the hump, it’s gonna be much better?” asks Shor. “We need to be able to communicate that to the patient, but you can’t communicate it if you don’t know. So the knowledge at scale is very valuable, and then there’s the ability to execute on it.”

However, for some patients, the rewards can be even simpler than that. One patient, an older woman in her eighties, had a stroke, Shor says. “She was alone at the house and her daughter started getting notifications that the mother hasn’t taken her medications. She was actually in the Netherlands, out of the country, so she had no way of reaching her. She called 911, they broke through the door and they saved the mother. She’s alive today, alive and well. And they would never have known without Medisafe.” From solving adherence to saving lives, Medisafe is showing that the healthcare industry is ripe for a shift.