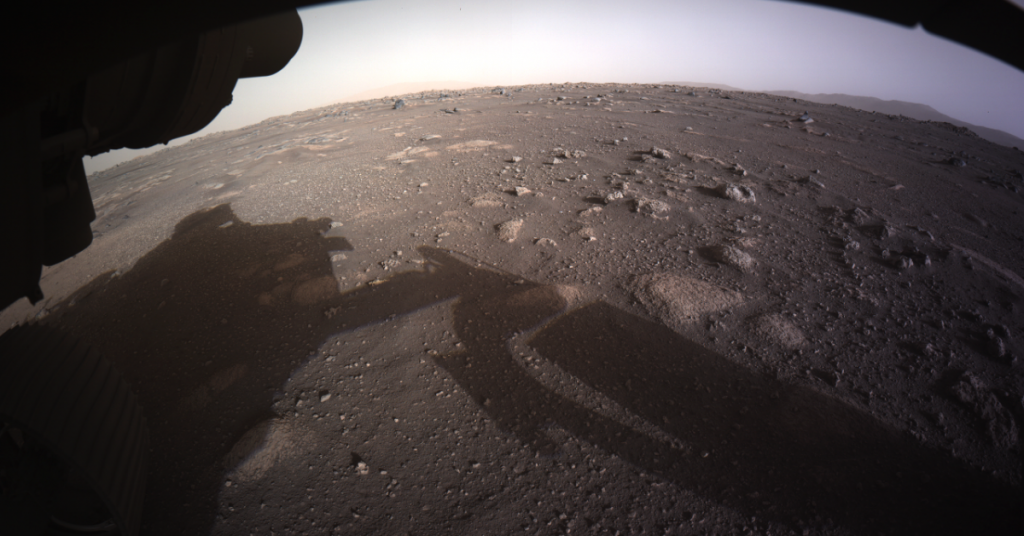 Amazon Web Services (AWS) is helping NASA’s Jet Propulsion Laboratory (NASA JPL) reach an inaugural and innovative milestone in deep space exploration. On Thursday, February 18, NASA’s Mars Perseverance rover landed on Mars, after its 7-month, 300-million-mile journey from Earth. This is the first planetary NASA mission, with mission-critical communication and transfer of telemetry data in the cloud. During Perseverance’s mission on Mars, the science and engineering data will be processed and hosted in AWS, enabling the Mars 2020 mission to benefit from the scalability, agility, and reliability of the cloud.

Now on the surface and after completing initial checkouts, the Mars Rover team is receiving hundreds of images from Mars each day from a record number of cameras, resulting in thousands of images over Perseverance’s time on the planet. The cloud helps NASA JPL efficiently store, process, and distribute this high volume of data.

By using AWS, NASA JPL is able to process data from Mars, on Earth, faster than ever before. The increased processing speed will help NASA JPL make faster decisions on the health and safety of the rover. This information is critical for scientists and engineers to plan the rover’s next day activities. The rover requires visibility to drive, so it is important for the team to be able to send the next batch of instructions back to the rover within a specific timeframe. The increased efficiency will allow Mars 2020 to accomplish its ambitious goal of collecting more samples and driving longer distances during the prime mission, compared to previous rovers.

AWS also powers the Mars mission website. The website will be able to scale up to meet demand at any given time, with millions of visitors anticipated at peak times.

“AWS is proud to support NASA JPL’s Perseverance mission,” said Teresa Carlson, vice president, worldwide public sector and industries at AWS. “From the outset, AWS cloud services have enabled NASA JPL in its mission to capture and share mission-critical images, and help to answer key questions about the potential for life on Mars.”

To help send data back to Earth, the Mars Rover is equipped with sensors, cameras, and microphones. The sensors will gather scientific data like atmospheric information, wind speeds, and weather. The microphones will collect the sounds of the planet. This data will be processed by JPL and made publicly available so viewers can explore Mars alongside NASA JPL.

AWS first started working with the NASA JPL Mars 2020 Rover team more than five years ago in preparation for this mission. Before Perseverance left Earth, the public also participated in the “Name the Rover” essay contest and signed up to send their own names to Mars in the “Send Your Name to Mars” campaign. Both the contest and the campaign websites were powered by AWS. A middle school student from Virginia won the competition to name the Mars Rover, and almost 11 million names are stenciled on a chip that is flying onboard Perseverance. Already more than four million people have signed up to send their names aboard the next mission, taking off in 2026.

Explore with us as Perseverance begins sending back data. Vote for your favorite image of the week, receive daily weather reports, and more.

Check out more about AWS’s work with NASA JPL, and the Mars Rover. Read more about how the AWS Aerospace and Satellites team is enabling successful space missions.