Up until now, if you wanted to use AWS Amplify in your iOS app, you would have to install the Amplify Libraries using CocoaPods. Being the most popular dependency manager used for iOS projects written in Objective-C and/or Swift for nearly a decade, it was an absolute requirement to allow Amplify to be installed into an iOS project using CocoaPods.

What is Swift Package Manager?

Swift Package Manager, commonly referred to as SPM in the iOS community, is an open-sourced tool released by Apple in 2017 that automates the process of downloading and installing dependencies written in Swift. It uses modules to break code up into smaller pieces, giving developers the ability to use only the smaller pieces of the package that are relevant to their project. AWS Amplify offers many different categories to choose from and takes advantage of SPM’s modular approach to allow developers to install only the categories needed for their project.

All active iOS developers should have access to Swift Package manager as it is included with Xcode and/or Swift 3.0 and above. To follow along, you will need to have Xcode 11 or higher installed on a device running macOS.

Enter the Amplify iOS GitHub repo URL (https://github.com/aws-amplify/amplify-ios) into the search bar and click Next. 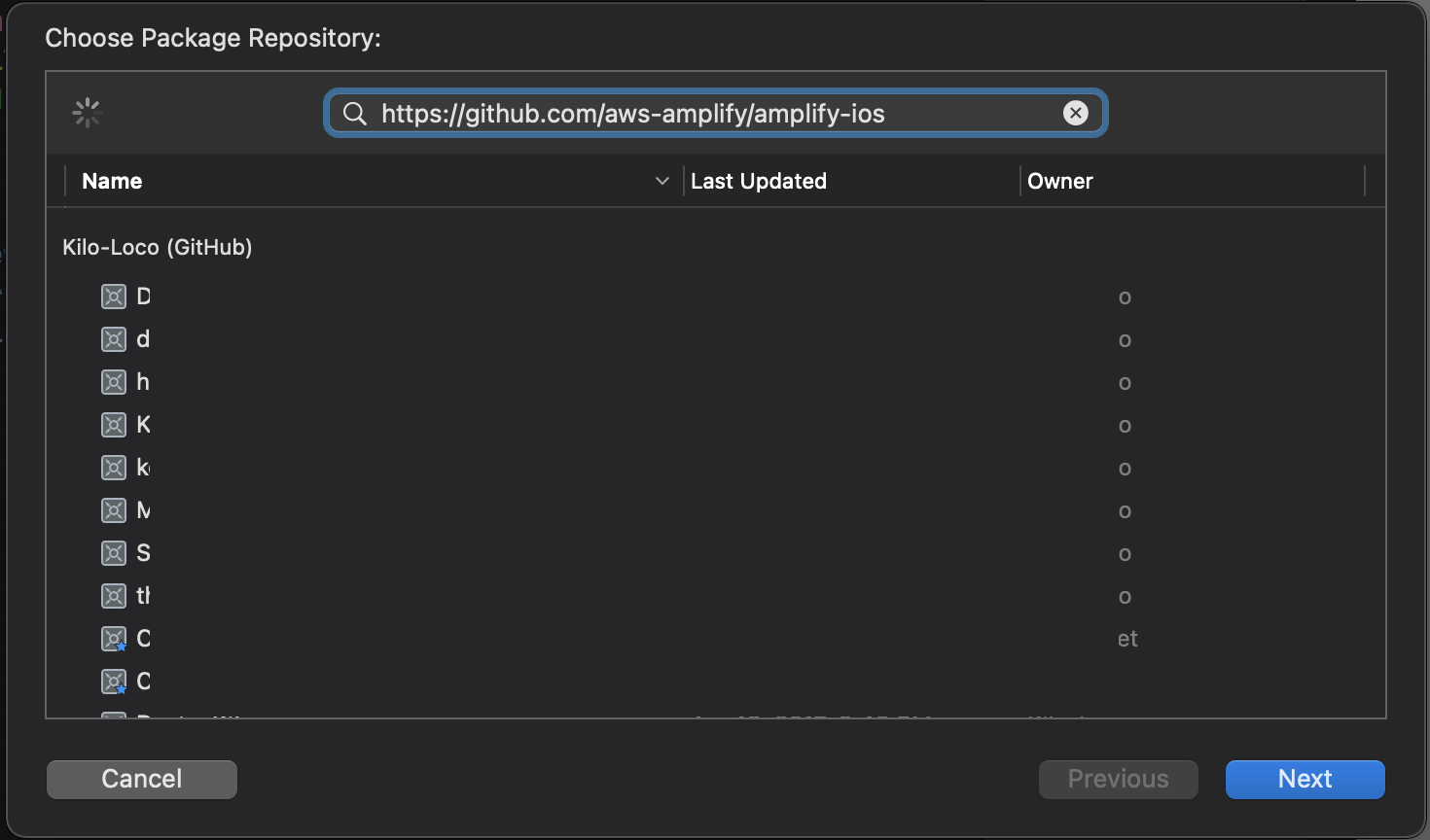 You should now be presented with the Options. You’ll see the Amplify iOS repository rules for which version of Amplify you want Swift Package Manager to install. Choose the first rule, Version, as it will use the latest version of the dependency that can be detected from the main branch, then click Next. 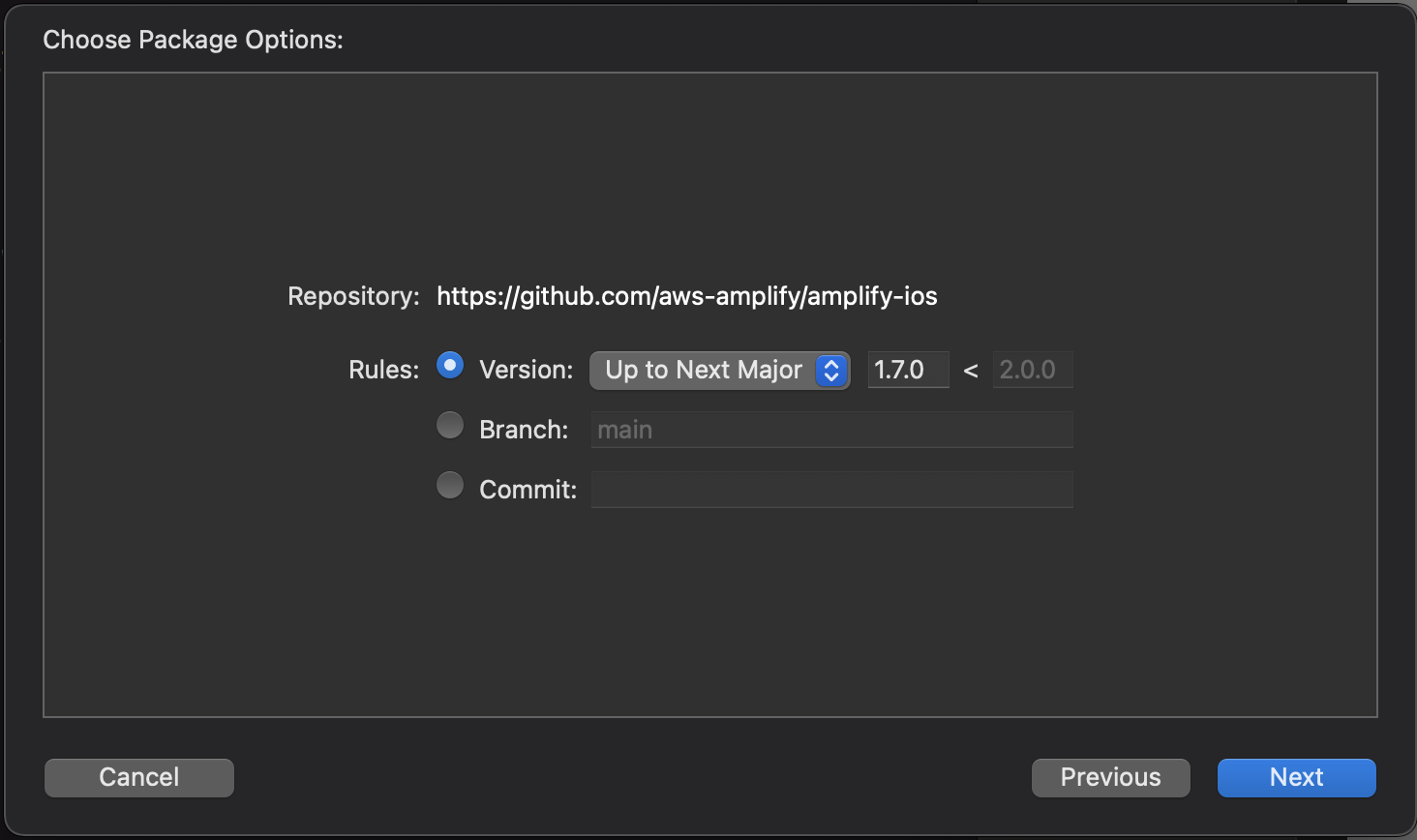 Lastly, choose which of the libraries you want added to your project, but make sure that both Amplify and AWSPluginsCore are included in the selection. 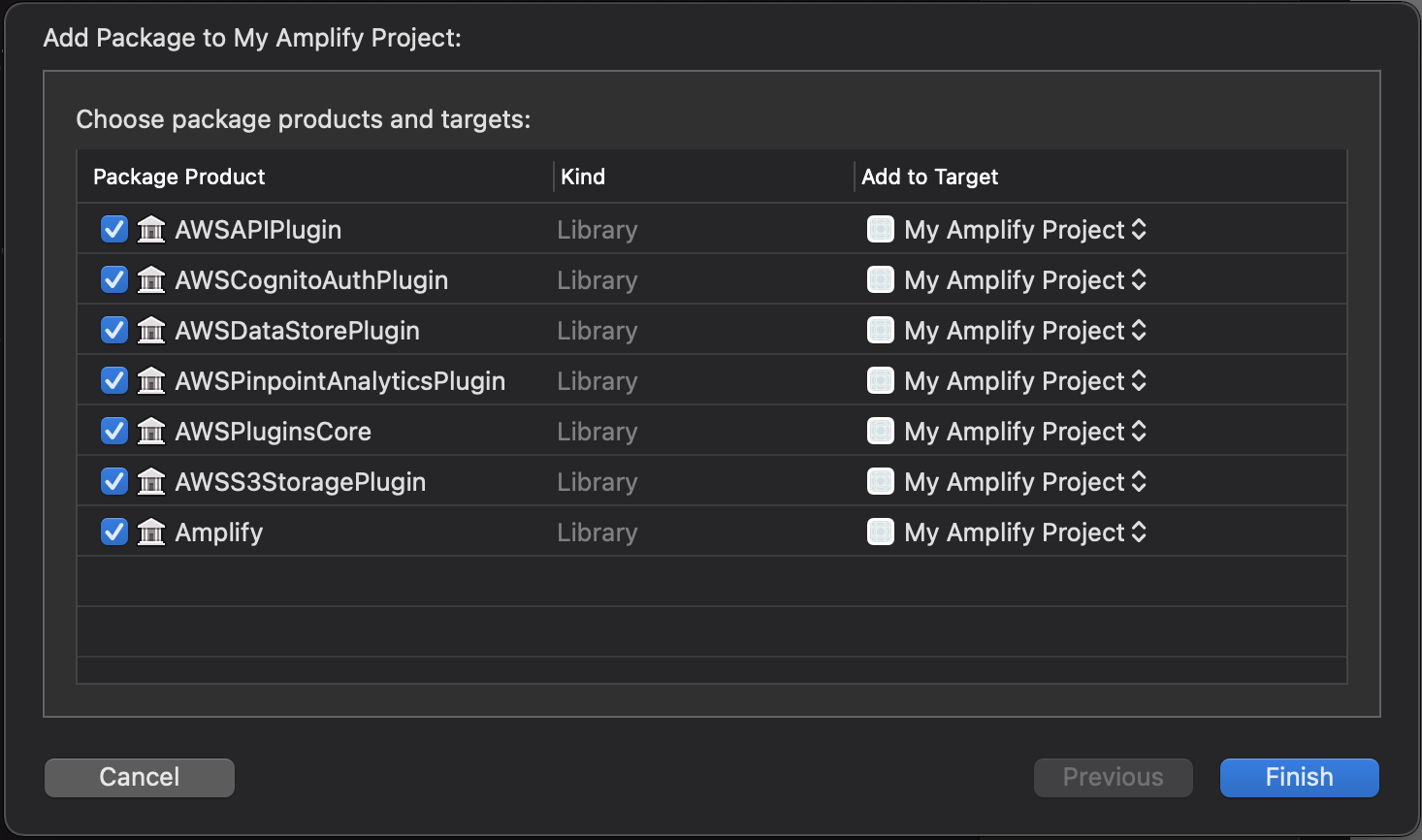 In this example, all the libraries are selected, indicating our project is using each of the Libraries within the project.

From here on, the code to interact with the Amplify Libraries is the same, with one exception; the plugins must be explicitly imported.

This is a result of using the modular system of SPM that allows for using only relevant pieces of the dependency being installed. In this case, the categories of Amplify.

Migrating to SPM from CocoaPods

If you have an existing iOS project that is already using Amplify, you can migrate your project to Swift Package Manager and remove CocoaPods completely, assuming that Amplify is the only dependency using CocoaPods.

Start by installing cocoapods-deintegrate and cocoapods-clean, two gems built to remove CocoaPods from your project:

If this installation fails, you may need to use sudo to run the command as a superuser.

Then execute the gems with the following command:

The only remnants of CocoaPods should be the Podfile which can be deleted with the following:

As usual, the Amplify team continues to listen to the iOS community, which led to the support of Swift Package Manager. As a next step, check out our documentation. If you have additional ideas to improve the experience of using Amplify for iOS, please leave us a feature request on GitHub, or come chat with us on Discord.