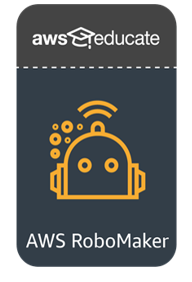 Designed for higher education and advanced high school levels, this course introduces students to the basics of AWS RoboMaker and the supporting technology behind the service. Students will build within the Cloud9 development environment, import ROS libraries, test in a Gazebo simulation, and fine-tune their robot applications using data collected from cloud extensions. Robotic hardware is not required to complete this course, however, steps are included to guide students to put their learning to the test by deploying finished code to one or more robots, like a TurtleBot3.

The new AWS Educate RoboMaker Badge content spans five learning modules and includes a series of labs, sandbox activities, and knowledge checks. Students begin with an introduction to robotics and then dive into exploring the AWS RoboMaker architecture and steps for creating an application. Building on this knowledge, students then learn to customize their robot with cloud extensions such as Amazon Lex, Amazon Polly, Amazon Rekognition, Amazon CloudWatch, and Amazon Kinesis – enabling their robot to stream data, navigate, communicate, comprehend, and learn.

“I have wanted to build a robot for decades and now I have my chance! This content helped me get up and running with AWS RoboMaker so I could start building,” said Jeff Barr, Chief Evangelist, AWS. 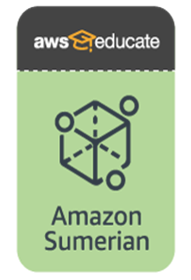 Created for beginners interested in AR/VR with little to no working knowledge of AWS, this course shows members how to build an application within Amazon Sumerian. Through a series of five modules, knowledge checks, and quizzes, members start by understanding the fundamentals of AR/VR and describing the purpose of the Sumerian services. They then move through the course by exploring use cases of mixed reality and the technology requirements behind Amazon Sumerian. Then, students finish by designing and publishing a 3D application. 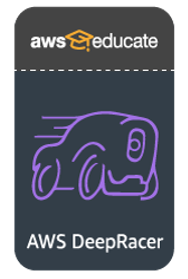 AWS DeepRacer is the fastest way to get rolling with machine learning, literally. AWS DeepRacer is a 1/18th scale racecar, which gives you an interesting and fun way to get started with reinforcement learning (RL). RL is an advanced machine learning (ML) technique that takes a different approach to training models than other ML methods. It learns complex behaviors without requiring any labeled training data, and can make short-term decisions while optimizing for a longer-term goal.