Ship Your MVP in Hours with AWS Amplify Studio

As a startup founder, you’re creating something from an idea. The need to push an MVP to market quickly looms large over the early stages of the startup lifecycle and may be the most pivotal factor in your organization’s success. When you’re ready to build—and no matter how inspiring your idea—you have to balance choices between budget, resources, and time: every decision you make during the development process can impact long-term productivity and product functionality; likewise, any compromise in the quality of the user experience puts your success at risk.

AWS accelerates front-end web and mobile development with service like AWS Amplify, a set of purpose-built tools and features that let developers quickly and easily build full-stack applications on AWS so you can get to market faster. As your business grows, Amplify can be extended with other AWS services and tools to support custom features and app requirements. Amplify is built on top of AWS serverless services, so you benefit from the reliability of AWS infrastructure to deliver secure, scalable apps from day one. And today, AWS Amplify is excited to announce the launch of Amplify Studios, a visual interface to that lets developers go from a Figma design to a feature-rich, full-stack app in hours.

To remain focused on creating a differentiating end-user experience, front-end web and mobile developers seek ways to be more productive building their application. Flexibility and control over their app code enables them to envision an app that scales as the business grows, and they prioritize the ability to iterate to meet evolving customer needs, while also integrating with their favorite tools and services. With an MVP, the real goal is getting it out the door as quickly as possible and making sure it’s ready to scale.

AWS Amplify launched Amplify Studio to help startups get to market quickly and leverage the breadth and depth of AWS services as their business needs and requirements evolve. With Amplify Studio, you can quickly create your app frontend UI, configure your backend capabilities, and connect them together with minimal coding. AWS Amplify Studio builds on Amplify’s capabilities, enabling developers to easily configure their backend data model, authentication, authorization, and more. All backend resources created by Studio are usable with the Amplify CLI. Once your application is launched, developers can invite application operators to access the user and content management view to manage users and app content without relying on developers to push updates. Let’s take a look under the hood. 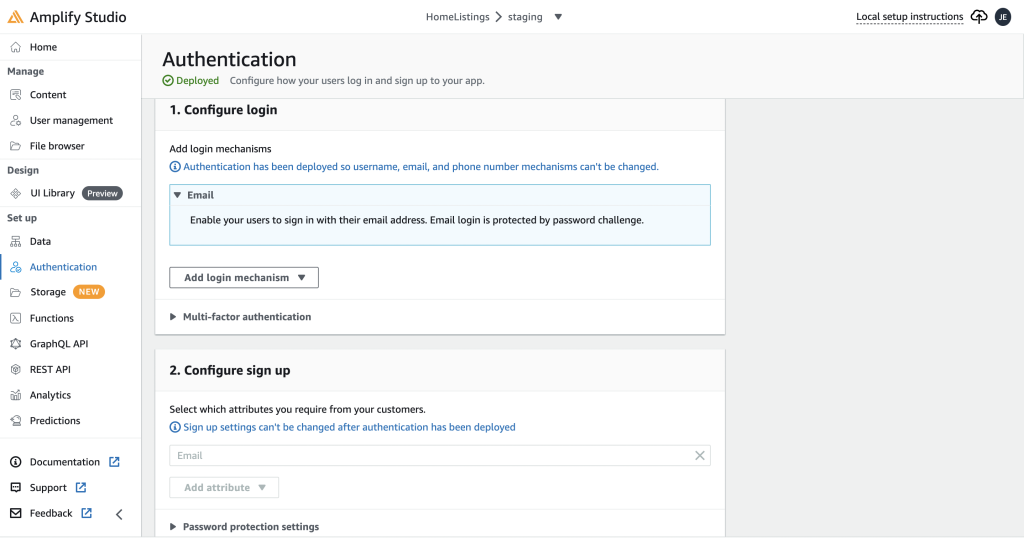 Studio comes with dozens of popular React components—such as buttons, forms, and marketing templates, so you can select and customize them to fit your style guide. 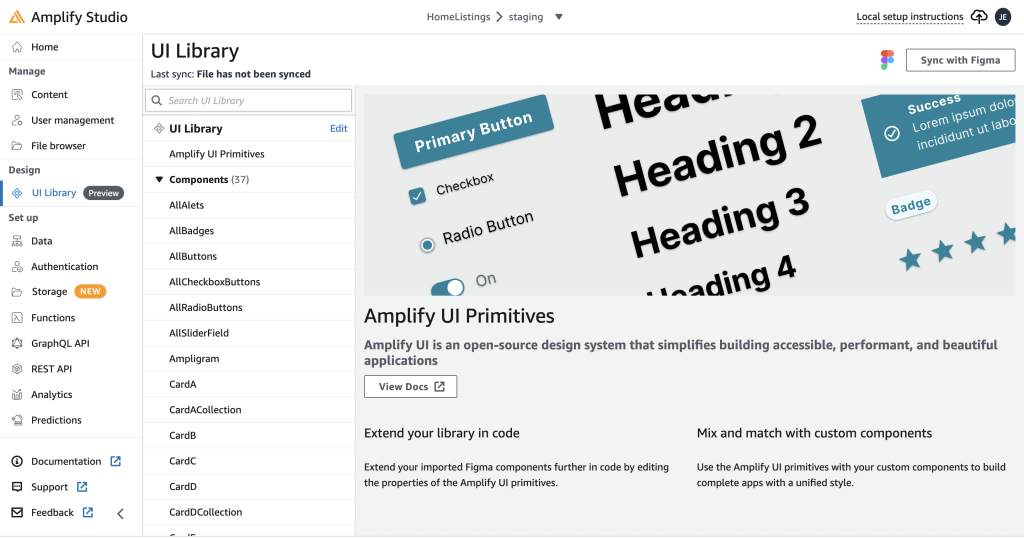 Alternatively, for developers who are working with UI/UX designers, they can import UX designs from the popular design prototyping tool Figma as clean React code for seamless collaboration. Amplify Studio imports all UI and infrastructure artifacts as code, so developers can maintain full control over your app design and behavior. 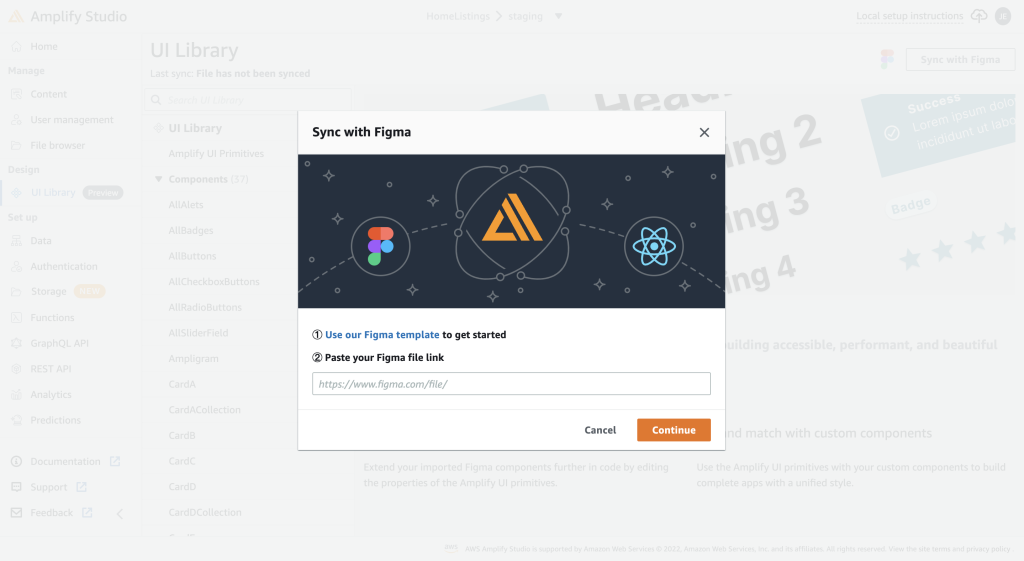 If you’re building a web app or static website, you can use Amplify Hosting to deploy and host any React, Vue, or Next.js web app with built-in continuous integration and continuous deployment (CI/CD) workflows, testing, pull request previews, and custom domains.

Amplify is scalable and extensible, which means that you can easily get started using its core use cases, and you won’t hit a wall as your needs grow. Amplify lets you leverage the breadth and depth of 175+ AWS services to add further capabilities to your app. And, you get the reliability, security, and performance at scale that AWS provides.

Here are just a few examples of how other startups are building and growing on AWS using AWS Amplify:

Build and deploy a React, Flutter, iOS, or Android app on AWS—both a backend with user authentication, a database, and storage and a front-end UI— in hours with minimal coding. Start building your MVP today.