Imagine a world where transactions—selling a house, trading an asset, paying out a claim—finalize in seconds or less. Contract, payment, and receipts are all tied together in a single action, with the history of the trade permanently logged. The transfer does not require third-party involvement, bypassing centralized middlemen, such as banks, brokers, and agents.

This world is built on blockchain, decentralized and unchangeable digital ledgers that maintain a growing list of transactions stored in “blocks.” Mainstream companies are rapidly embracing blockchains to optimize their costs, while providing faster, safer, more transparent products to their customers.

A recent Alchemy Web3 development report notes that 36% of all existing smart contracts were deployed in 2022. Per Gartner, the business value generated by blockchain is expected to grow from $176 billion in 2025 to $3.1 trillion in 2030.

Realizing the value of academic research and founding Ava Labs

A digital disruptor fueling this mainstream growth of blockchain is Ava Labs, the startup responsible for launching the Avalanche blockchain platform and a primary contributor to innovation happening on the chain. Founded in 2018, Ava Labs is helmed by a team including co-founder and chief executive officer (CEO) Emin Gün Sirer (whose preferred name is Gün) and president John Wu.

“The process that took us to Avalanche started in 2006 and took many years of research in peer-to-peer systems and self-organizing systems that pre-dates Bitcoin and others,” explains Gün, describing his 20 years as a leading professor of distributed systems at Cornell University.

John explains, “Our mission is not just to play in the world of crypto; we want to tokenize all the world’s financial assets to create a better system for everyone.” 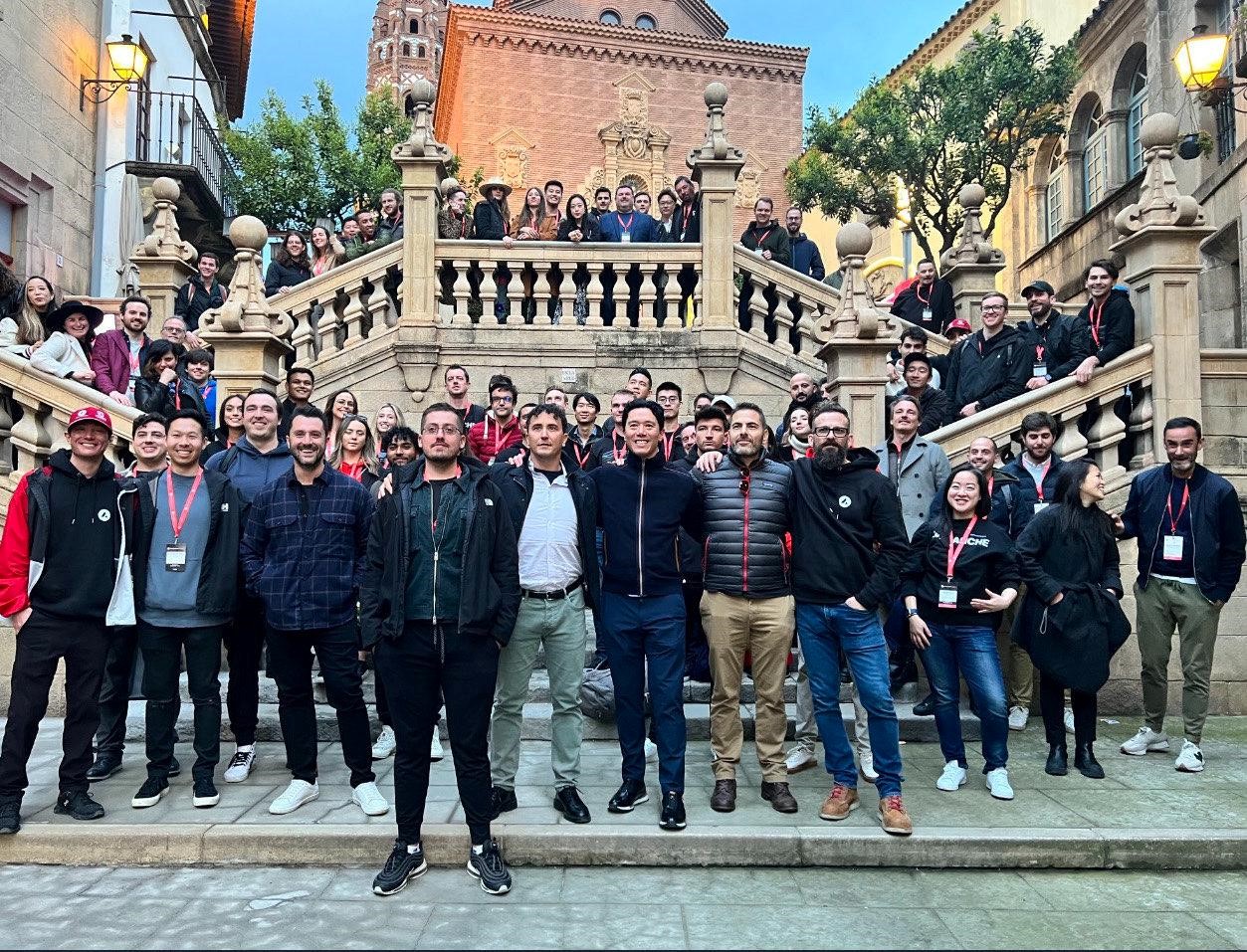 The Ava Labs team at Avalanche Summit 2022 in Barcelona, Spain.

Tokenization converts something of value into digital units of asset ownership. Digitized assets can:

Digitized assets also remove geographical and systemic barriers to access, such as the third-party incumbents who own traditional finance processes.

“It’s time to democratize finance entirely,” says Gün. “You, me, and everybody else can be on an equal footing with the bankers. Scales differ, but the opportunities open to us must be identical.”

Blazing a trail in web3 with novel blockchain infrastructure

Launched in September 2020, Avalanche started a new era for blockchains with near-instant transaction finality. Today, 500+ apps are built atop Avalanche, which is an eco-friendly protocol with minimal energy usage. These apps span the web3 universe, including projects in decentralized finance, blockchain gaming, NFTs, and enterprise use cases. Ava Labs’ work addresses three longstanding challenges in the blockchain space:

Launch fast, reliable nodes with AWS to validate Avalanche and its subnets

“Instead of a single chain to rule them all, Avalanche is more like an umbrella where anyone can create their own chain,” says Gün. “These chains isolate activity away from the main network: a load spike on my chain shall not affect the performance of your chain, nor will my fee activity or congestion affect your chain.”

The critical technology behind Subnets is the Avalanche consensus protocol. A consensus protocol ensures the digital ledger is constructed in an orderly fashion and that the nodes sustaining the ledger agree on its state.

There are three principal approaches to consensus protocols:

In addition to the Avalanche consensus protocol, “We are the team that has brought the most recent scientific advances to blockchains. With our platform, with our bridge—which is the biggest bridge in crypto—and with our Core wallet and our new marketplace, Enclave,” explains John. “There is simply no other team that has pioneered as much web3 technology as we have.”

To support its technology, Ava Labs built a serverless architecture and is all-in on AWS. AWS’ cloud solutions, global presence, and proactive partnership are “absolutely essential” in the Ava Labs march to accelerate web3 adoption.

“It has been a huge, huge boon to all of our developers to be able to spin up nodes on the fly, spin up test networks on the fly, using AWS,” says Gün.

He continues, “Our processes for spinning up Subnets relies on dynamically-provisioned AWS instances so that people can easily, quickly launch their own chain in a couple of clicks.” With AWS global footprint, Avalanche is able to launch customized blockchains, private and public, in seconds to scale with demand.

Ava Labs also participates in AWS Activate, a free program that helps startups to build and scale by offering its members AWS credits, resources, tools, and expert advice. John explains, “AWS Activate is an excellent resource for developers to bring applications to the masses with Avalanche’s trailblazing speed, security, and scalability at their core.”

As a result of AWS’ global infrastructure and commitment to compliance, it is simple for global users to launch an Avalanche Validator Node from the AWS Marketplace. “Number one on my list of how AWS helps us is by allowing customers to launch validator nodes out of whatever legal jurisdiction makes sense for them,” Gün explains.

Ava Labs plans to add subnet deployment as a managed service to the AWS Marketplace in 2023.

John explains, “AWS is so valuable as it streamlines developers being able to go from zero to in-production with dedicated infrastructure. This is especially important to early stage and startup Web3 projects who really benefit from that blockchain-as-a-service model.” 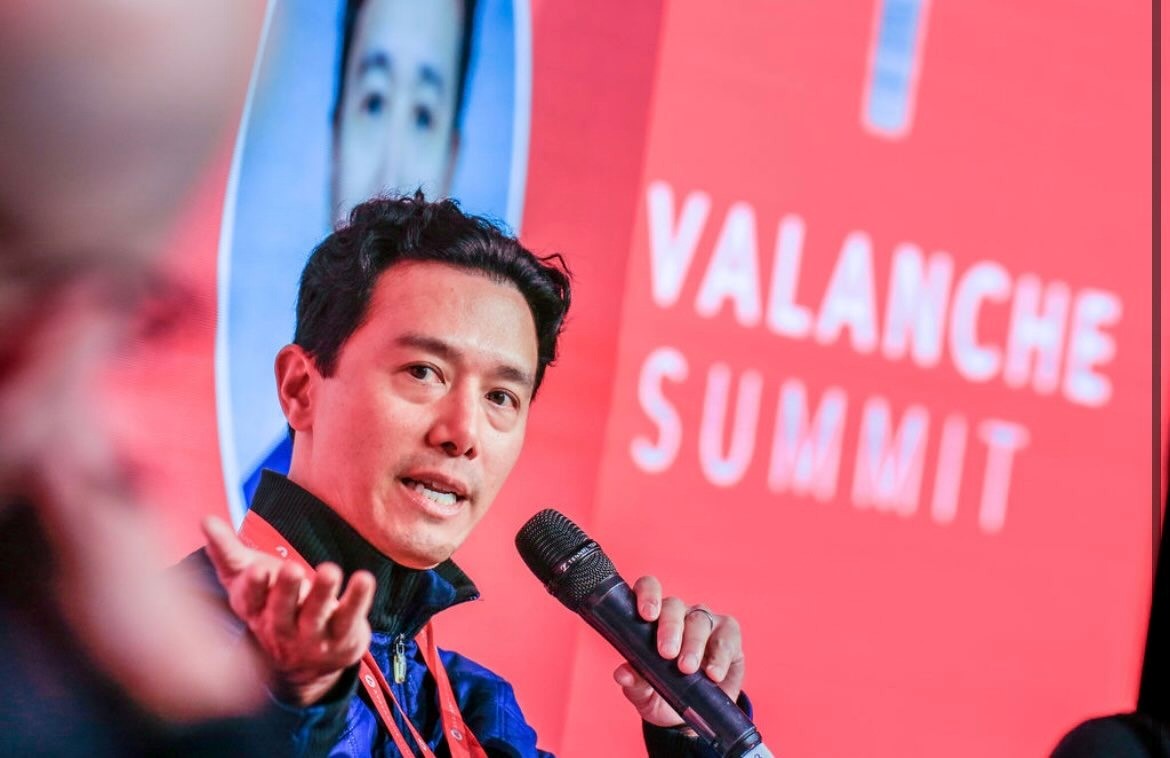 Building the future of web3 with Ava Labs and AWS

In its commitment to providing blockchain execution environments to great developers around the world, Ava Labs is partnering with AWS to host entrepreneur- and developer-focused events.

These events give web3 developers and researchers the opportunity to learn from industry experts and collaborate with their peers to maximize success for their respective startups and products. Educational curriculums include topics such as product market fit, go-to-market strategy, protocol and dApp design best practices, Avalanche-specific technical guidance, and more. Often, these events will feature competitions judged by leading venture capitalists and web3 professionals, ensuring that top-tier individuals and teams find continued support after completion of the program.

“We’re looking for great talent in the developer community who want to make the jump to web3,” John says.

“One of the best things about blockchain is that if you want to develop in this space, it’s a lot easier to start today than when Gün started,” explains John. “Developers can focus on the app they want to build on a Subnet, and they don’t need to do the whole laborious architecture process over again.”

To developers in web3, Gün advises “Part of our success story was to keep the vision incredibly broad, instead of specializing, and to ensure what we are doing ties into the societal problems of the day.”

“Ventures can succeed and fail. At the end of the day, you want to go home and say, ‘I worked on something meaningful today,’” says Gün. “If you tackle something of importance to people and remain true to the things that you know to be good for society at large, you will be fulfilled.”