Power your MVP to Growth: How startup Busby selected their MVP technology to Scale

If you follow startups the story is familiar — friends have an idea, they decide it’s a worthwhile idea to pursue, they build a minimum viable product (MVP), take it to market and work on growing the business. Fortunately for some, they find early investors and customers who understand the solution and the founding team starts their rocket ship ride! But what you don’t hear about as often is how the application was built to deliver the MVP – the hours of research, the many conversations on how to build the app, what technology to use, to build on your own or hire a software agency to build it?

This is the story of Busby, a fast-growing startup, and how they made those early and crucial decisions to get their MVP off the ground. And how they are now powering and scaling beyond their MVP to support significant growth.

Busby is an outdoor activities safety app (which includes micro-mobility) covering cycling, scooter, running, walking and more. The app detects user incidents and sends out automatic alerts in cases of emergency. The app was created by friends and co-founders Kirk Ryan, Barry Green and James Duffy, following Green’s involvement in a serious cycling accident in his home town of Liverpool. Realizing that the incidence of stranded, injured cyclists was not being addressed, the friends set out to develop a technology to not only provide fitness enthusiasts with peace of mind, but to save lives. To execute their idea, they would need to build an MVP to onboard customers and show investors. 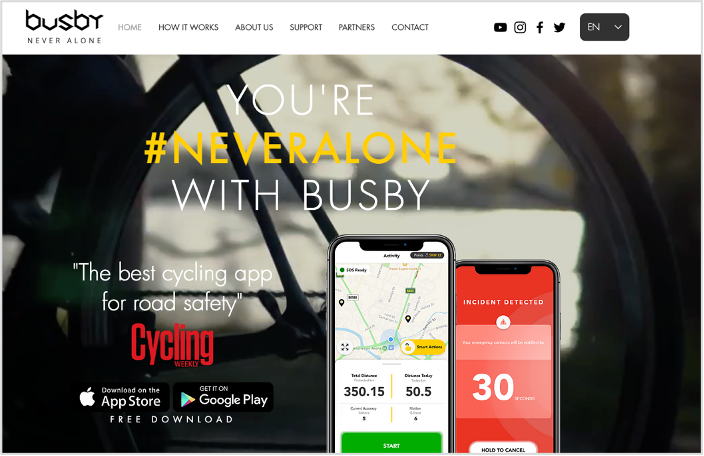 Through a process of wise decision-making Busby accelerated their time to MVP and now have an impressive and growing user base. Showing no sign of slowdown, the company has announced B2B partnerships with leading e-scooter providers Bird and Tier and is working on major collaborations with delivery services and vehicle manufacturers.

How did Busby’s founders convert their initial cycling safety vision into an MVP, which led to an investor funding round and a robust user base? We’ll trace the startup’s trajectory by discussing its initial technology hurdles and how it employed AWS Amplify to achieve its speed to market and low-cost MVP.

Path to MVP and Speed to Market

When the Busby founders set out to build an MVP, their challenges were not uncommon to most bootstrapping founders. Kirk Ryan, co-founder and the company’s CTO, recalls the process of finding application development solutions to build functionality that would go into the basic iteration of their app. Initially, Ryan searched for solutions for features he needed, like authentication and API deployment. He quickly realized it would be overwhelming and inefficient to manage multiple technologies, or point solutions, to build the core app and features.

Changing direction, the founders thought they could facilitate the process with software development agencies. Ryan turned to reputable software development firms for help, only to receive project estimates for their MVP in the hundreds of thousands of dollars. Since they were bootstrapping they needed to keep the budget in check and get to value as fast as possible. Not willing to accept the costs provided by software agencies, Busby decided to develop the MVP on their own. Ryan, trained as an engineer, knew they wanted to build with a serverless first approach so Ryan decided to investigate deeper and see if he could find a an end-to-end, easy-to-use, serverless app building solution to build the application themselves.

After reviewing Amplify’s range of features, documentation, and active community the Busby team decided to build on their own using Amplify. The Busby founders chose to use React Native as their front-end framework which provides a unified architecture without the need for separate iOS and Android iterations. Amplify’s full-featured support of React Native was also part of the decision-making criteria to go with Amplify.

Ryan really liked that from the outset, Amplify allowed a single individual to manage the entire stack for a given feature, from front-end components to a serverless cloud backend. Ryan quickly picked up how to build with a full stack approach thanks to the Amplify documentation and developer community.

Ryan recalls being particularly impressed by Amplify’s flourishing community of front-end and full stack app developers. The community’s responsiveness and size assured him that Busby would be well-supported and that there was significant developer interest in the solution to enable the startup to find insight for future needs. Ryan also felt equipped to build on his own after reviewing the collection of in-depth tutorials for answers on everything from advanced workflows to push notifications. “The Amplify community was a key part of our decision-making to use Amplify, the thriving community and their responsiveness to my questions made me bullish we should choose this solution” said Ryan

Busby credits Amplify for the ability to rapidly develop its MVP, but also for streamlining developer workflows during subsequent growth. With Amplify’s Admin UI, developers have a highly intuitive and visual demonstration of front-end and backend components. As Busby grows, they are onboarding new engineers to their cross-border development team. Using the Amplify Admin UI, Busby has been able to easily communicate context, while keeping things running smoothly with dedicated backend environments for development, staging and production.

“The Admin UI has been significant for us since it’s so visually oriented. We’re able to onboard developers who quickly gain an understanding of how things are connected. That way new developers don’t have to rely on code and reverse engineer things in their mind. It’s very simple for them to get to the point of being productive.“ said Ryan.

Ryan himself was pleased by the high level of GraphQL observability achieved through AWS AppSync. In fact, the fully managed AWS AppSync service handles the time-consuming part of securely connecting APIs to data sources with AWS Lambda. Ryan finds it easy to visualize and understand the state of Busby’s whole system, locate potential areas of failure, as well as to interact with components, log stores and related services.

“With Amplify, we’re able to get more productivity out of each developer. My favorite thing is how each developer can easily implement and manage features, like GraphQL APIs are instantly built for us – if we had to build it ourselves it’s monotonous and doesn’t add value to the business. The fact that Amplify does that for us, it’s one of my favorite parts of using the solution.” stated Ryan.

After leveraging AWS Amplify to build its MVP and get to market, the Busby team is showing no signs of slowing down. From the spring of 2020 through the end of 2020, the app’s user base has grown by 860% without a single glitch. Following a successful seed financing round, Busby has turned its focus to a new growth source: B2B partnerships which bring hundreds of thousands of new users to the app. Electric scooter giants Bird and TIER have partnered with Busby to give all their riders premium Busby features. Riders of those services will benefit from enhanced safety through features like incident detection and prevention, near-miss reporting and an SOS flare for when a rider needs support.

“Our B2B partnerships changed our growth trajectory from an organic growth curve to onboarding spikes supporting over 100,000 new users at one time. Because we’re using Amplify and serverless on AWS, we haven’t had to re-architect or even lose sleep with these large user acquisition events. As we’ve grown, we’ve pulled in real-time telemetry, analytics and even have machine learning now rolling into the mix, all powered through Amplify. We know that with AWS our data is safe, resilient, durable and meets our GDPR criteria.” explains Ryan.

With additional partnerships in the pipeline, including with major vehicle manufacturers and delivery services, Busby has entered this new growth chapter with full confidence in AWS Amplify’s suite of services. Ryan found that as more enterprise-focused needs arose, Amplify had already catered to many of these out of the box. The company is able to continue scaling without additional work and not limiting growth on the infrastructure side. As the app continues on its growth path and more developers onboard, the team leverages Amplify to iterate quickly.

“I believe that AWS is the cloud for developers. From our experience, AWS wants to empower developers and the developer is the one that brings value to our customers — so I want them to have access to as many tools as possible and that’s why we chose AWS. As we grow, we feel confident that we’ll have the features and services we need.” said Ryan.

If you haven’t already, be sure to check out Busby.io and keep an eye on this exciting company. Of course, we’d be remiss to not mention its most important achievement of all: The app has already saved three lives to date. 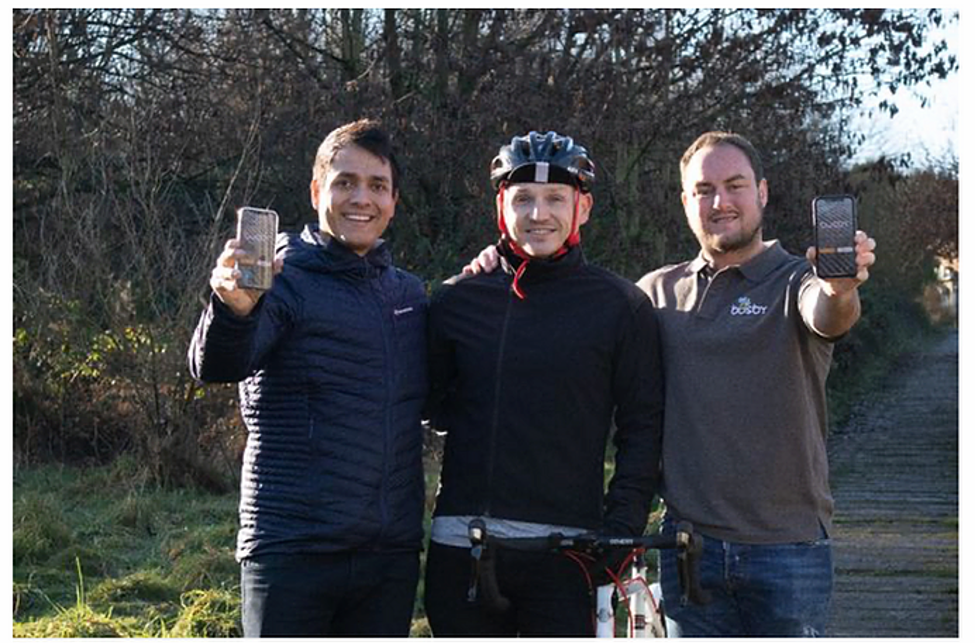