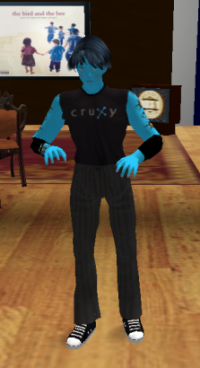 I received a really cool email from Nathan Freitas of Cruxy.com earlier this week. Nathan explained that Cruxy had been working with EMI Records to create a Second Life lounge for the bird and the bee as part of the release of their first album.

Nathan (pictured at right) told me that:

There is no way / we could have even thought of saying yes to helping EMI “break” a new band in the time period we had if S3 wasn’t at our foundation.

Nathan and his associates created the Echo Park Listening Lounge as a focal point for the group’s activities in Second Life. Within this cozy lounge, you can listen to music and watch videos (all streamed from S3). At noon PST today (Friday the 27th of January) there will be a launch party there and I expect it will get pretty crowded.

This is a very nice use case for S3 — it exemplifies a lot of what we like about Web Scale Computing. As Nathan notes, they didn’t have time to build the infrastructure needed to host the media files themselves. Even if they had the time, it might not make financial sense to acquire enough servers and bandwidth just to handle the extreme demands of this one-time event. They were able to go from “0 to a lot” very easily, and when things calm down they can scale back down just as quickly and just as easily.

I like to think of it this way. If your 100 closest friends told you that they were planning to come stay at your house for the weekend, you probably would send them to a hotel instead of building an extension onto your house. The hotel is your scaling tool; using it on a temporary, as-needed basis makes a lot more sense than making a huge investment in rooms that will be empty most of the time.

Here are a few more pictures:

Here is the video streaming in action: 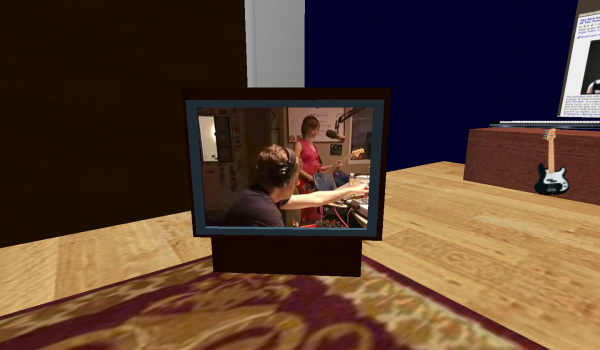 I have talked to several other Second Life developers about this same use case, and I am planning to write a little HOWTO on this topic very soon. It is relatively easy for a non-programmer to get media files hosted on S3 and to play them in Second Life, but I want to make sure that everyone knows how to do it.

Ok, looks like it is almost time for that launch party. I’m going to go snag a quick lunch at the food court (I am working from an undisclosed location today) and will be back in-world before noon. See you there!