Today we are adding new options for our customers running Windows and SQL Server environments on Amazon EC2. In addition to running Windows Server 2003 and 2008, you can now run now run Windows Server 2008 R2. Sharing the kernel with Windows 7, this release of Windows includes additional Active Directory features, support for version 7.5 of IIS, new management tools, reduced boot time, and enhanced I/O performance. We are also adding support for SQL Server 2008 R2 and we are introducing Reserved Instances for SQL Server.

You can now launch instances of Windows Server 2008 R2 in four different flavors:

Here are the details:

Update: You can use the AWS VM Import feature to bring existing virtual machines to EC2. VM Import has been updated and now supports the 64-bit Standard, Datacenter, and Enterprise editions of Windows Server 2008 R2. 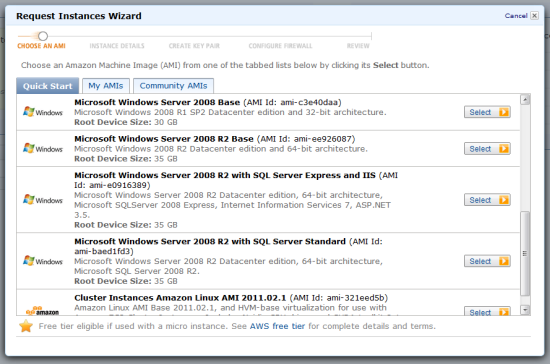 I look forward to hearing from you as you put Windows 2008 R2 to use. Leave a comment or send email to awseditor@amazon.com.