Boasting the world’s largest population that also has a disposition for early-technology adoption, China is often looked at as an attractive target for U.S.-based companies that are planning to expand their reach. Over the last decade or so, we’ve seen Chinese tech giants like Alibaba, Baidu and Tencent introduce a variety of products that’ve been interwoven into the fabric of day-to-day life there, further proving the opportunity for companies to capitalize on the growing country.

What’s lost in this narrative is the plight of the Chinese startup, who often find it difficult to breakthrough in a home country dominated by existing enterprises. Somewhat ironically, many of these young companies have begun looking to move into other geos, namely the U.S., in an effort to make their mark, per Ruijie Zhang, Head of Cloud Business at WebEye 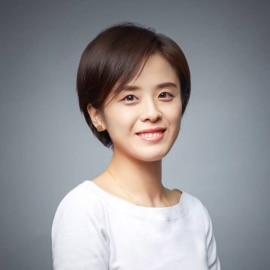 “While there is definitely a large opportunity in the local market, it’s really difficult for Chinese startups to breakthrough. This has led to an increasing number of founders switching their focus to outside their own boarders, with the United States being a prime target.”

But just as it’s difficult for entrepreneurs to break into the China, there are a host of problems that arise when tapping into the U.S., and that’s where WebEye comes in. Founded in 2015, the company specializes in helping these Chinese companies, most of which leverage a mobile-first strategy, tackle their main problems faced, including effective user acquisition, monetization, advertising, and cloud services.

The now four-year-old startup traces its roots back to the early internet browser Opera, where three of their four co-founders met. Opera was an early mover in their industry, with both a desktop and Opera Mini browser, which was originally intended for use on mobile phones not capable of running a conventional Web browser. During their time there, the trio of senior executives got a front row seat to the mobile movement developing at an early stage. Jumping to present day, the team at WebEye utilizes this knowledge of a now established industry, along with in-house-built technology platforms, to help Chinese founders make the jump to new markets.

The services WebEye offers may seem almost too wide-ranging, but Zhang points out that they were all things surfaced by existing customers as areas of need. “We started off just helping mainly with the monetization part, as we came across many companies that had lots of users but didn’t know how to make money. We moved into user acquisition after finding clients’ user numbers stagnating.”

Now, the company looks to be a one-stop-solution for moving your Chinese startup into The States, partnering with AWS to enable this at scale, according to Zhang. “We became an official AWS partner this year after hearing from our customers about the importance of cloud services. Our company is really a global business, so the geographic coverage and scalability AWS offers is essential.”

Moving forward, the company will be looking to further expand their offerings, specifically in advertising. WebEye currently has a firm foothold in the China, but will be pushing to partner more closely with U.S. enterprises in 2020, like Amazon Advertising.