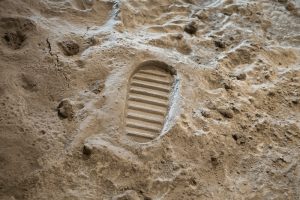 Most of the time enterprises have little trouble identifying which problems and opportunities to focus on but then succumb to analysis paralysis. The key question, which I have faced in the past as a CTO and now hear most often from other enterprise executives, is “How do we take the first step?”

To answer this, let me share a story that I find fascinating from one of the books that has inspired me—The Culture Code by Daniel Coyle. Daniel shares great insights from his research of some of the most successful teams and organizations on group culture and provides building blocks that help create these successful teams/organizations.

In his research, groups of business school students and kindergartners were given a bunch of uncooked spaghetti, tape, string, and a marshmallow. Their task was to build the tallest possible structure using the items, with the marshmallow on top. The business students approached the problem systematically, examining material, generating several options, discussing pros and cons of each, selecting the most promising one, and then dividing up tasks to start building. The kindergartners on the other hand did not spend time in analysis but rather spontaneously started building, improvising when something did not seem right and spoke to each other in short bursts. Surprisingly, in dozens of trials, the kindergartners built structures that averaged nearly twice the height of those built by business students. In case you’re wondering, the kindergartners also beat teams of lawyers and teams of CEOs. These kids showed bias for action—taking that first step and pivoting when needed.

Today, enterprises are going through a fascinating time. Technology has not only flattened the world by leveling the competitive field, but has also shrunk it through better connectivity and flow of information. The pace of innovation is increasing, and that means speed is important. It is clear that the cloud enables enterprises to move fast, innovate on behalf of their customers, and focus more of their resources on things that matter the most to their customers. However, we still see well intentioned cloud initiatives languish due to hesitation to dive in and take that first step.

When I was the CTO for A+E Networks, I was trying to support global expansion, new business models, and manage increasing cost pressure. It was clear that the cloud would enable us to scale globally quickly and in the most cost-efficient manner to serve our customers. We had trained our staff and analyzed our portfolio of applications, and yet taking that first real step of running an actual production workload in the cloud was daunting.

While we had a vision of the future, we could not see the full path to get there. It was very important to not let the audacity of our vision and scale of the effort overwhelm us. We needed to take the first step, however tentative or imperfect it was.

We took a two-pronged approach of declaring a cloud-first strategy for all net new products and looking at good on-premises candidates to lift and shift in parallel. Below are some of my learnings from taking that first step:

Take a vertical slice of a business area or application to move to the cloud.

There are alternative approaches, like moving only Dev or Test to the cloud while running production on-premises, but in my experience, getting something to production quickly unlocks many more benefits and learning. I am also generally wary of the classic IT issue of “it worked before so it must be the environment” when moving only Dev or Test to the cloud due to potential differences between non-production and production environments. Even if it is just one application to start with, I suggest going vertically to move it entirely to the cloud.

We selected our intranet as the first application that would move to AWS. It was a relatively simple application. If things did not go as planned, the impact would be limited to “friends and family,” and it would give us a quick win. We didn’t know everything about our future state, we did not even have our new DevOps process or toolset fully in place, but we intentionally wanted to get the first one in the bank to accelerate our real-life learning and build momentum.

Go for new capabilities that would have been too expensive and time consuming to build on-premises.

As the stewards of technology strategy, CIOs and CTOs are constantly looking at ways to not only execute and deliver projects from the approved roadmap, but also experiment, innovate, and bring in new products and services that could catapult the business. Such new capabilities are perfect candidates to get started on your cloud journey.

In my case, building a data analytics platform to support a data-driven enterprise was one such idea. With rapid change in the business model and in consumer behaviors, this was crucial, but with the amount of data and processing requirements, it would have taken us a lot of money and time to build a data analytics platform on-premises. There were also a lot of unknowns in terms of the target datasets, order of execution, what kind of data models would eventually be used, and how we would balance self-service data capabilities with reporting.

It is not all or nothing—at least for the first step.

Sometimes enterprise leaders are hesitant to make an all-in commitment to move to the cloud. While benefits almost always increase when you enable more of your business with the cloud, you don’t need to be stuck on an all-or-nothing decision to start. Being able to change the course has never been this easy before.

One way to overcome the strong loss aversion [1] is to start with something small and low-risk. Getting that first win under your belt can supercharge your cloud initiative. I am not advocating jumping into execution without any planning, but it is important to not let the weight of big decisions stand in the way of quick, incremental progress.

Traditional enterprise initiatives follow a rigorous analysis, evaluation, and definition of structure, tools, and processes upfront to minimize the risk associated with unknowns. However, during the lifecycle, you will almost always encounter situations where, after applying real-world tests, those initial decisions will have to change. The cloud provides a lot of flexibility to allow decisions based on these quick real-world tests.

In our case, we did not know what our end-state DevOps process or all the tools for managing the pipeline would look like. Rather than waiting to define every step and identify every tool in the process, we treated unknowns as an opportunity to experiment, evolve, and “try before buy.” This allowed us to pivot based on real-life experience rather than theoretical assessment or evaluations.

Since we took that first step, we learned a lot, improved a lot, and changed many things. But taking that first step was the hardest. I will be sharing more of my learnings in future posts based on my own experience and working with other enterprise executives here at AWS. Whether it is your first blog post or starting your cloud enabled transformation, remember to take that first step quickly and, who knows, some day you could beat those kindergartners in a spaghetti tower challenge.

[1] Kahneman, Daniel; Tversky, Amos (1979). “Prospect Theory: An Analysis of Decision under Risk”.
Loss aversion refers to people’s tendency to prefer avoiding losses to acquiring equivalent gains since psychologically the pain associated with the loss is much more powerful than pleasure of the gain. This affects how we make decisions.