It’s hard to believe it’s been less than a year since we launched Lumberyard. Customer response and engagement with Lumberyard have exceeded our expectations, and we’re really excited to accelerate our progress for customers in 2017. We are getting continuous feedback from game developers of all types, including some of the industry’s most ambitious developers, like Cloud Imperium, who are building incredible connected worlds. Today, we are excited to kick off the new year with our biggest release since launch – a direct result of the great feedback we have received from customers. Lumberyard Beta 1.7 includes more than 403 new features, improvements, and fixes, which you can now download here.

There is a lot to like in this month’s release, and I want to call out some of the updates that make Lumberyard easier to use and more accessible to professional game developers. As our team thinks about accessibility, we also want to make sure that our choices never block you from achieving your vision, no matter its sophistication or quality, or the size and makeup of your team.

One of the most important ways we measure accessibility is asking, “how quickly can customers get an asset into the engine and iterate?”  One of the most repetitive tasks for game developers is creating and managing project assets. For artists, designers, and gameplay engineers, this happens hundreds or even thousands of times a day, so we believe if we can make handling an asset even a few seconds faster, we can make a big difference to your team’s speed. Our strategy for achieving acceleration is with Lumberyard’s Asset Processor and, new to Lumberyard Beta 1.7, the Asset Browser. With the Asset Processor, you can get assets into the engine nearly instantly. You simply save a file (for example, from Maya or Photoshop) into a folder, and the Asset Processor automatically processes that file from source art into game-ready assets. If you go back and edit an asset, Lumberyard knows about the change and updates it automatically in the background, in a few seconds, with zero effort on your part.

With the new Lumberyard Asset Browser Preview in 1.7, you can now see all of your available assets (including source folders and files in editor, gem, and project folders) in a familiar view in the Editor, and use those assets in your scenes by drag and dropping. Having the ability to access source assets in just one step from the Editor dramatically speeds up iteration, especially when your project uses complex source assets that can produce multiple outputs (e.g. a single .fbx file that contains both meshes and materials). Also, the new Asset Browser automatically updates itself as assets are changed, removed, or added, using the Lumberyard Asset Processor.  The Asset Browser’s underlying APIs are exposed to the Lumberyard bus system, so if you are writing your own plugin or controls, you have access to rich information about the assets, for example file size, name, location, what source produced the asset, and what other assets were produced at the same time.

Another way we think about accessibility is in the layout and information architecture of the Lumberyard Editor itself. There are hundreds of features accessed through the Lumberyard Editor, ranging from the fundamental (e.g. material editors and lighting tools) to the genre-specific (e.g. road and river tools). The quantity of features, which naturally grows over time, can become more difficult to learn, if not organized efficiently. Additionally, best practices evolve over the years, as both game teams create new specialized roles, and DCC tools evolve. To this end, Lumberyard Beta 1.7 gives you a look at some of the changes we are making to the core Editor UX to make Lumberyard more accessible, without losing any of features that enable you to build the highest-quality, most ambitious games. You’ll notice the default Editor layout itself looks a bit different: 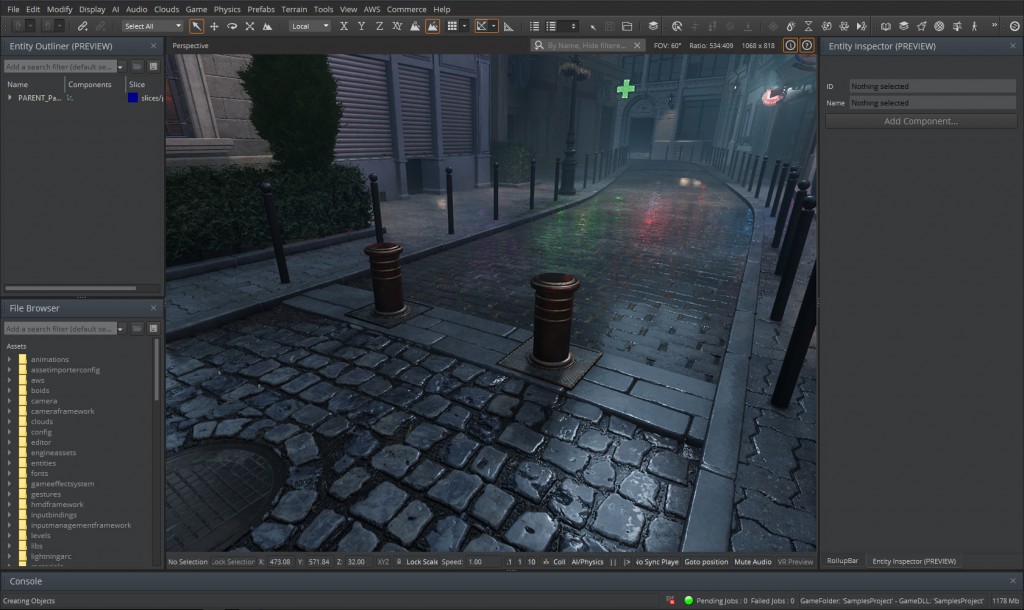 (If you’ve already installed a previous version Lumberyard, we don’t overwrite your current layout, but you can switch to the new layout by selecting View – Layouts – Component Entity Layout)

What you see above is the first phase of our Editor UX improvements. We’ve interviewed many game developers, both internal and external, and have begun reorganizing and streamlining the main editor interface based around the new Component Entity system and the feedback we’ve received from our customers. Previously, to create a game object you had to select between 12 different object types, and then navigate multiple layers of the Rollup Bar to customize them. Now there is one type of game entity, which you can create with a simple right click. Editing an entity’s components, selecting files to be used on that entity, and toggling between all of your level’s entities all happens in the main window. You can also create nested prefabs of entities (“slices”) just as easily – just right click on the main window.

Next on our UX team’s list is to streamline the toolbar and top menu, while still giving you the ability to deeply customize your layout based on your role or preferences. We’re collecting more data and feedback from customers – if you have ideas, we want to hear about them. Please let us know on our forums, where you can see a preview of where we are heading next.

For mobile developers, “easy to use” also means being able to deploy a game from the Editor to a device in as little time as possible, so you can go from editing your game to playing it. Lumberyard Beta 1.7 includes a new Deployment Tool in the Editor, so you can deploy release, profile or debug builds from the Editor to your Android device in as little as seconds, with just one click. Previously, your engineers had to rely exclusively on command line tools to deploy a mobile build. Now, anyone on your team can deploy an Android build to a device from the Editor.

In addition to helping you iterate faster by making the Editor more accessible, our team spends a lot of time thinking about ways to continue making it easier for you to build multiplayer games. 80% of the top PC and console games feature multiplayer, and 90% of the top games streamed on Twitch are multiplayer games. So it’s no surprise that we continue to get positive feedback from game developers when we release systems and services to make multiplayer easier than with other engines. To this end, our networking team has released a brand new multiplayer sample built entirely using Component Entity workflows and our high-performance networking layer, GridMate, which is designed for efficient bandwidth usage and low-latency communications. In less than 30 minutes, you can have the new sample up and running, and use it for a starting point for your own multiplayer game or prototype. The sample currently supports PC, and we’ll expand it to support mobile and console platforms soon. 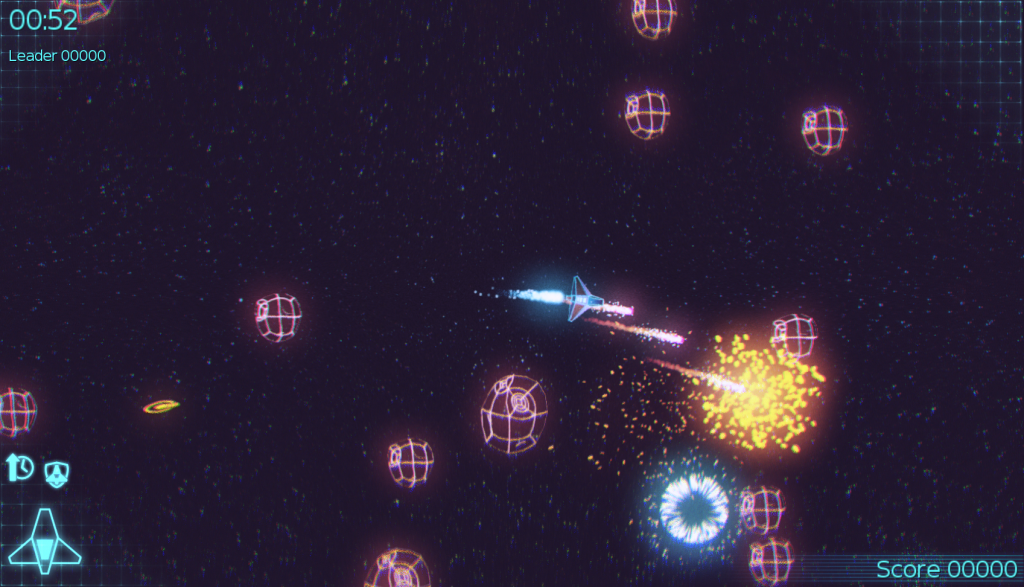 These examples are just a sampling of the changes we’ve made in our continuing journey to make Lumberyard a world-class and easy-to-use engine that can create fantastic community-driven games. That said, we’re just getting started. As the industry evolves, more people play, and fans demand even higher quality content, we’ll continue to improve your ability to work fast, achieve your most ambitious vision, and build a game your fans will love, regardless of whether you are an engineer, artist, game designer, or a new role that hasn’t been invented yet.

There’s lots more to this update, too, including Visual Studio 2015 support, spherical video playback support for VR, integration with Perforce Helix, UX improvements to our Geppetto character tool, new component entities that support audio, lighting, compound shapes, and animation, updates to Twitch ChatPlay and Metastream, integration with the latest AWS 1.0.24 SDK, and more. For details on everything new in the Lumberyard Beta 1.7 release, check out the full release notes here.

To get started with Amazon Lumberyard, please visit the Lumberyard website to download Lumberyard. You can learn more about Lumberyard’s new features by watching our Tutorials, visiting the Forums, or reading through our Documentation.