Noah Glass, founder and CEO of Olo, joins Steven M. Elinson, AWS Head of Worldwide Restaurants and Food Services, to discuss how he started and then took his company public through an initial public offering (IPO). Olo, short for Online Ordering, became a lifeline during the recent disruption of the restaurant industry.

Glass founded the company in 2005, long before 95% of the world owned a smartphone. Today, restaurants use Olo to accept orders directly from their guests or through third-party delivery marketplaces. The platform includes ordering and delivery, which restaurants can customize according to their needs and desired level of service. Olo is used by brands like Blaze Pizza, Chili’s, El Pollo Loco, Five Guys, Jamba, Pei Wei, Subway, and The Cheesecake Factory.

This executive conversation is one in a series with industry leaders, where we seek to learn more about their resiliency, tenacity, and capacity for innovation.

Steven M. Elinson (SME): While your business is recognized publicly by many, what’s one unique characteristic or feature that is either lesser known or understood about your company?

SME: Let’s start with the most recent news: the IPO of Olo. Although I am sure that many have offered you congratulations on your recent success, please allow me to recognize the 16 years, countless hours, stress endured, and strategy execution that got you here today, for that is what deserves congratulations in my eyes. 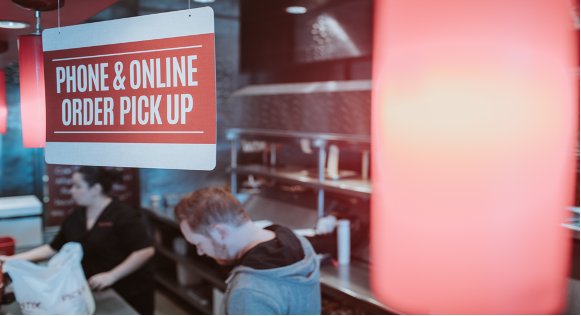 Some people might look at the additional complexity that a public company has, such as more transparency to stakeholders, being scrutinized by the investing public, and the expense of maintaining compliance with regulations as detracting factors. Can you please share your “why and why now” for choosing to take Olo public?

NG: I did not set out 16 years ago to be a public company CEO. That wasn’t even part of my vision. It became clear to me in 2019 that this was the right path for us. There were three reasons why. First, we were either mission critical for many of our customers or on the path to become mission-critical. Second, I had talked for a long time to team Olo that a motivational point on the horizon for us would be a day when 51% of one of our restaurant brands sales volume would be processed through Olo. Third, for brands like sweetgreen that were born digital, and brands like Wingstop who have digitally transformed, I felt we needed to make a statement. This last reason became the most important factor. Three of our direct competitors had been acquired by other companies. For a variety of reasons, they were repurposed and shut down their competitive offerings with Olo. We felt like we needed to make a statement that we’re not going to be like one of those companies. We’re a large company with a strong balance sheet with a profitable business. We had prepared in 2019 and then COVID happened and all of the three reasons became even more important. Overnight, we became mission-critical in a much greater way for many of our customers and our customers’ customers. So, as things settled down somewhat, we decided early 2021 would be the timing of transitioning to a public company.

SME: I’m sure that during the process, everyone around you offered expert advice. Where and who did you turn to when you needed trusted guidance? And what is one nugget that stuck with you?

NG: We have a phenomenal team at Olo. We grew the board in preparation for the IPO, adding board members who had taken companies public before. We have Danny Meyer, who has been on public boards for years, like with OpenTable, and who had taken his own brand and an Olo customer, Shake Shack, public as their chairman and founder. Danny was super valuable in coaching me how to prepare the Olo organization. Also on the board is Russ Jones. Russ was the CFO of Shopify and helped to take it public. To have Russ in Olo’s corner, being a board member, audit committee chair, and coach was super helpful. It was a cast of thousands and I’m probably forgetting a bunch of people. It was a great team. We had a lot of fun together despite a lot of stressful elements put together as part of a stressful process. Remember, all of this was done remotely.

SME: No conversation can occur without a minor reflection on the year past. In the face of the disruption to the industry, we’ve observed incredible innovations. How has Olo innovated through these challenging times and what are you most proud of?

NG: I’ll start at the end. The thing that I am most proud of is the way in which Olo’s mission has helped our customers to thrive in the industry’s transition into digital commerce. The mission became a sense of purpose for the Olo team. It became less about helping customers survive and more about how can we help them to thrive. This resulted in team members bringing an incredible sense of purpose. It’s our job to help these restaurants, and their employees, and their consumers stay connected. I think about IPOing with 64,000 restaurants on our platform and the scale of that. We estimate there were probably in the tens of millions of restaurant jobs that were tied to these restaurants, probably close to hundreds of millions of consumers. We began by tearing up our roadmap that we entered the year with and thought about what is the right response for COVID. Features such as enabling socially distant deliveries and enabling curbside pickup, because many of our restaurant customers don’t have a drive-through, were immediately provided.

SME: A subject that is near and dear to both of our hearts: In your IPO S-1 filing, Olo referenced its reliance on AWS to operate its platform. Can you share insights into how the cloud has enabled agility and growth for your business?

NG: I can’t think of how we would have scaled in the way that we scaled, not just in 2020, but in the years leading up to it, were it not for the cloud and AWS specifically. We had our own data center. Then we switched to having a sort of hybrid thing going. That is when we began kicking the tires of AWS. Remember, we had been doing this for years and at some point, we realized AWS is great. It’s so much easier for us to grow and scale with. Let’s just migrate everything over to AWS in total. Our order-transaction volume is really where we feel the scale of the platform and how those investments paid off. Our CTO, Andrew Murray, always talks about the headroom that we have in our platform. We look at our busiest days and his goal is always to have 10 times the headroom because of the rate of scaling that we’ve experienced over time. If you look at our order volume annualized, in 2017, Olo processed 50 million orders, and that is double what we’ve done up until that point. Then we doubled again to 100 million in 2018. Then we doubled again to 200 million in 2019. In 2020, with the impact of COVID, we more than doubled. We did about 500 million transactions and hit Olo order number one billion at the end of December 2020. That kind of scaling—where you go from 50 million in 2017 to 500 million in 2020, a 10-times growth over three years—is exactly why we’re always prepared for that kind of scale and headroom. The superpower underlying all of it is being in the cloud on AWS.

SME: The industry has demonstrated its incredible resiliency. As you look toward recovery, what innovations born out of disruption do you see lasting well into the future?

NG: I am most taken by the emergence of QR code-based ordering, which we had dreamed about many years ago. Prior to COVID, no one thought customers really liked QR codes. All of a sudden, we had restaurants that were putting QR codes on tables, sign tents, and doors. Not just for viewing the menu, but for ordering, table delivery, and for payment. We love Olo’s role in facilitating some of the 63% of industry transactions that are off premises, but there’s another 37% that’s on premises and whoever wrote the rule that digital ordering can’t play a role there? Imagine a restaurant doing all of its transactions through Olo. We now have examples of that. Virtual brands really seemed to spring out of the fact that a material number of consumers were now ordering delivery through digital. I think our new behaviors are not going to go away. Many new consumers tried digital ordering for safety reasons, but have come to appreciate that it’s actually more convenient. It seems to be what consumer sentiment data shows, and from what restaurants have been reporting, from a digital durability perspective. Digital sales remain high, even as we come out the other side of COVID.

SME: If you can separate yourself from Olo for a minute: As a diner, is there a restaurant somewhere in the world you have yet to visit that you can’t wait to get to, and why that restaurant?

NG: My whole family eats a plant-based diet. Technically, the restaurant I am about to name, I have been to before, but not in its most recent incarnation, because it recently turned 100% vegan. I am speaking about Eleven Madison Park in New York City. My wife and I went there four or five years ago for Valentine’s Day and I informed them of our dietary preferences. They’re incredible students of hospitality, having been trained by the very best. Danny Meyer was a mentor to Will Guidara and Daniel Humm, so they responded by saying they would do a vegan tasting menu for us. The meal was an incredible, off-the-charts experience. Fast forward a few years and Daniel is running the entire restaurant. He is passionate about vegan cuisine and with the opportunity to reimagine the restaurant post-COVID, he recently reopened as a vegan restaurant. So, I’d like to return there and enjoy the bounty of what Eleven Madison Park can prepare for a vegan menu. I don’t think it did, but in my dreams, I like to think that maybe that Valentine’s Day, when I requested a vegan tasting menu, had some role in impacting them.

See more of our Executive Conversations series and industry insights on the AWS Travel and Hospitality Blog. 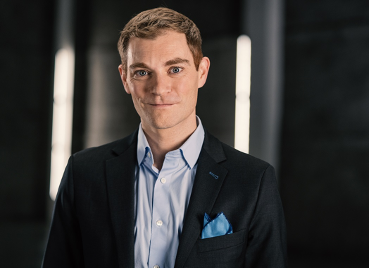 Noah Glass is founder and CEO of Olo. He serves on the Board of Directors for Share Our Strength, a nonprofit focused on ending childhood hunger in the United States, and on the Board of Trustees for the Culinary Institute of America. He holds a Bachelor of Arts in Political Science (International Relations) from Yale University.