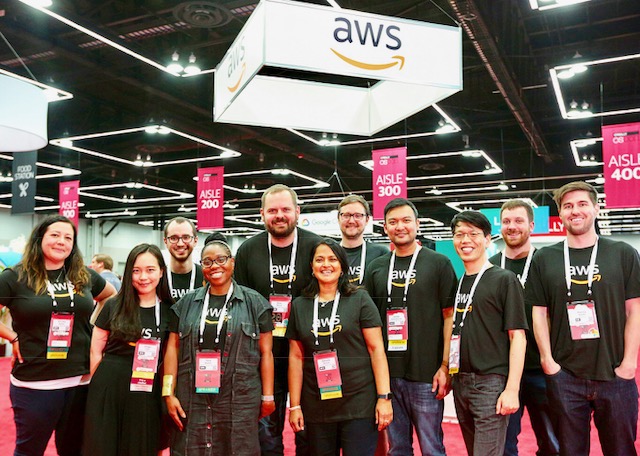 In July, the Open Source Conference (OSCON) returned home to Portland, Oregon, for its 20th anniversary, and what a week it was: seeing old friends, meeting new ones, hearing interesting talks, learning new skills with sessions on AI, IoT, blockchain, and re-visiting some favorite places in Portland.

The week began with the Community Leadership Summit, featuring both keynotes and unconference-style discussion sessions. These sessions helped attendees share and collaborate on hot topics, and refine the art of building an effective and engaged community, as in Deirdré Straughan’s unconference session on Marketing Open Source. You can read the collective notes from that session.

During the start of OSCON week, the community and projects arranged many different meetups including a ClearlyDefined Hackathon and the TODO group meetup. Zaheda Bhorat and Henri Yandell spoke at the ToDo Group meeting covering open source tools we’ve released on GitHub and other tools that we use in our Open Source Program Office, and shared new content (from the keynote below) with the larger TODO Community.

In attendance at OSCON for the special 20th Anniversary event were many of the “Open Source giants on whose shoulders we all stand.” The filled expo hall was busy with many of the sponsors and foundations taking part in OSCON. The Open Source Initiative (OSI) hosted an all-day track to celebrate the 20th anniversary, followed by an evening celebration and Q&A with some of the founders of OSI, including Bruce Perens (author of the Open Source Definition), Danese Cooper, and Michael Tiemann, hosted by Simon Phipps, President of the OSI. The event was a who’s who of open source, and it was good to connect with so many long-term contributors in one place.

AWS was a Diamond sponsor and hosted a number of sessions throughout the show, covering a spectrum of what we’ve been working on, including:

We had a great week with customers – thanks to all of you who dropped by our booth and shared your open source stories with us! OSCON is one of our favorite weeks of the year: many ideas and collaborations are built during this week, and we can’t wait to see you back in Portland again in 2019.