EFA is a network interface for Amazon EC2 instances that enables you to run HPC applications requiring high levels of inter-instance communications (such as computational fluid dynamics, weather modeling, and reservoir simulation) at scale on AWS. It uses an industry-standard operating system bypass technique, with a new custom Scalable Reliable Datagram (SRD) Protocol to enhance the performance of inter-instance communications, which is critical to scaling HPC applications. For more on EFA and supported instance types, see Elastic Fabric Adapter (EFA) for Tightly-Coupled HPC Workloads.

Modify your ~/.parallelcluster/config file to include a cluster section that minimally includes the following:

Now you can create the cluster:

Once cluster creation is complete, you can SSH into the cluster:

You can now see that there’s a module, openmpi/3.1.4, available. When this is loaded, you can confirm that mpirun is correctly set on the PATH to be the EFA-enabled version in /opt/amazon/efa:

This version of openmpi is compiled with support for libfabric, a library that allows us to communicate over the EFA device through standard mpi commands. At the time of writing, Open MPI is the only mpi library that supports EFA; Intel MPI is expected to be released shortly.

EFA speeds up common workloads, such as Computational Fluid Dynamics. In the following example, we ran CFD++ on a 24M cell case using EFA-enabled c5n.18xlarge instances. CFD++ is a flow solver developed by Metacomp Technologies. The model is an example of a Mach 3 external flow calculation (it’s a Klingon bird of prey): 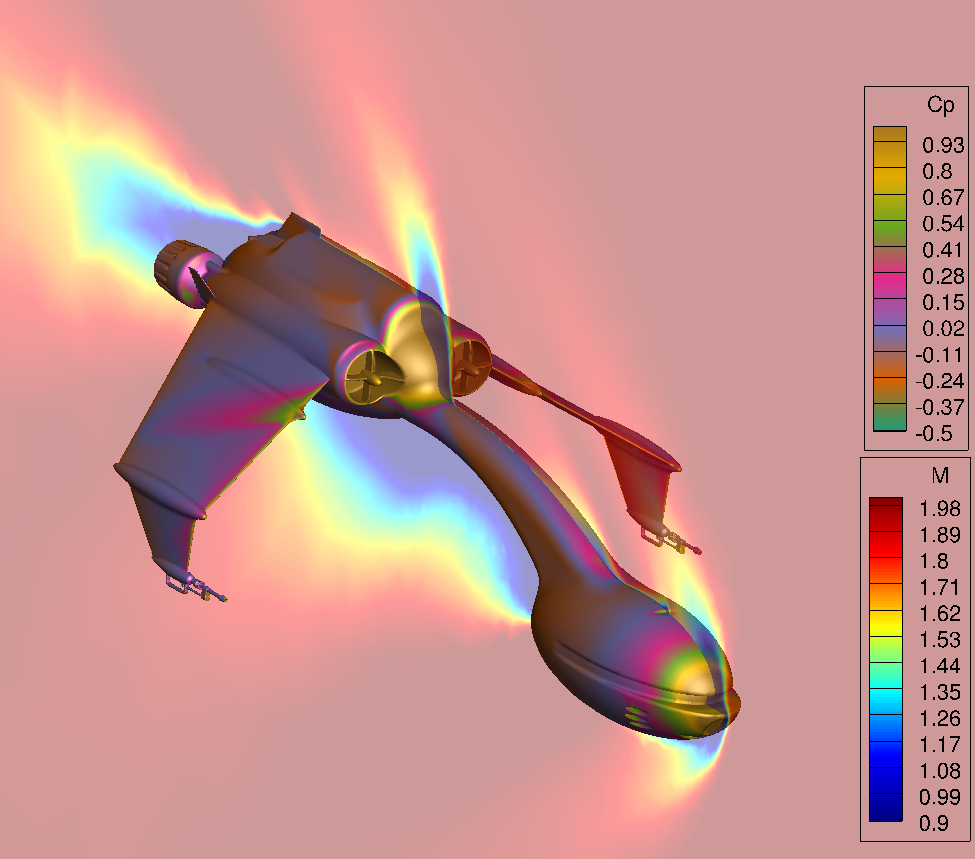 You can see the two scaling curves below; the blue curve shows scaling with EFA; the purple curve without EFA. EFA offers significantly greater scaling and is many times more performant at higher core counts. 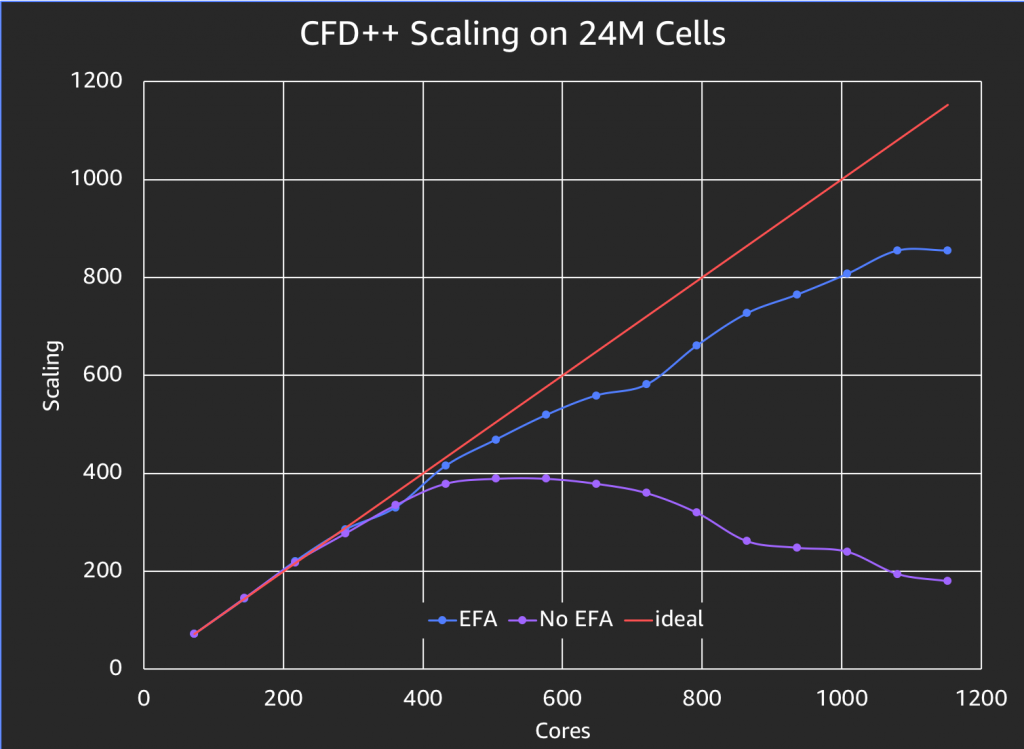 Last, but definitely not least, we are also excited to announce new docs for AWS ParallelCluster. These are available in ten languages and simply the readthedocs version in many ways. Take a look! Of course, you can still submit doc updates by creating a pull request on the AWS Docs GitHub repo.

AWS ParallelCluster is a community-driven project. We encourage submitting a pull request or providing feedback through GitHub issues. User feedback drives our development and pushes us to excel in every way!