We’ve all been there. You go to your semi-annual doctors visit and they ask, “How’s everything been going?” You then try to remember and recount your health over the last few months, in hopes that they can understand and diagnose a central issue to fix the various symptoms.

This process has more than a couple issues, however, not the least of which is that it relies on a person’s memory being foolproof and the person having the ability to clearly articulate his health problems. Working off of a semi-reliable, oral list of health issues can make it difficult for doctors to provide a great diagnosis, which leads to a higher chance of the wrong treatment being suggested.

Not to fear, however; the team at Healint, a healthtech company based out of Singapore, is here to fix that whole process. And it all starts with a mobile app.

Using Healint’s app, users are able to both actively and passively chronicle issues pertaining to their health. This data collection can take a handful of different forms, including the tracking of sleep patterns, potential triggers related to pain, as well as activity levels.

With the app, instead of having to try and recall months worth of information on the spot, patients can offer a report of how things have been going directly to their doctors, giving the medical professional more reliable information upon which to base his diagnosis.

The company’s ambitions don’t stop at just enabling the easy logging for users and reporting for doctors, though. Leveraging machine learning, Healint crunches the data from its 1.5 million users to understand correlations between reported symptoms and triggers. From there, based on a person’s medical profile, the app can proactively suggest recommendations. 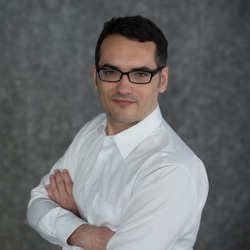 From a technical perspective, Healint has built its infrastructure utilizing microservices, a methodology that has seen increasing adoption as of late. Each feature has its own dedicated microservice, utilizing AWS services such as EC2 and SQS, to enable the collection of data from the application and storing of said data automatically at scale.

What’s next for the healthtech company? Per Healint CTO Nicolas Paris, it is eyeing expansion to support more chronic conditions. Previously, the company had been focused on working with people that experience chronic migraines or headaches. They’ve since started developing features for those with chronic pain and skin conditions like fibromyalgia, psoriasis, and eczema.