The Australian startup scene is a burgeoning market that’s ripe for expansion. Just in the state of New South Wales—home to Sydney, Australia’s largest city—high-growth small and medium-sized business created over one new million jobs between 2008 and 2014, despite comprising only 6 percent of the state’s businesses.

We recently had the opportunity to meet with several of these rapidly scaling Aussie startups to hear their stories first-hand. (Check out our profiles of Cloud Conformity and Fleet for more inspiration from Down Under.) We were especially impressed by this month’s featured hot startups: Making Things, WORK180, and PortQ. These three companies—which deal in maker culture, workplace gender equity, and agro-logistics, respectively—have all taken unique paths to maximize their impact in Australia’s market.

Read on to learn more about how Making Things, WORK180, and PortQ are making changes in their fields. 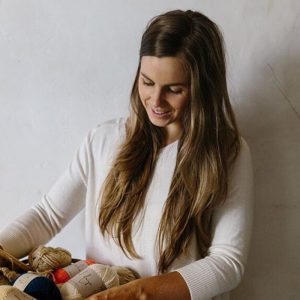 “When I say knitting to anyone, they think Nana’s daggy jumpers or the thing that they knitted when they were young,” says Megan Elizabeth, CEO of Making Things. But, as she points out, the maker scene has evolved into the twenty-first century. There are over 850 million crafters in the world, and “the largest group of makers in the world, they’re 18 to 35,” she says.

Making Things is an app designed for craftspeople who spend the equivalent of a part-time job every week knitting, and interact with the pattern in real time whilst doing so. It’s like Netflix for knitting. But, as Elizabeth describes it, Making Things is about morethan just sourcing knitting patterns; it’s about supporting communities of crafters. “You can find the inspiration, education, and materials you need all in one space, on a beautiful, seamless, mobile-friendly platform,” says Elizabeth.

All the patterns in the app are interactive, she adds, which has never been done before. This allows people can track and share their progress, all from one space.

Keep an eye on the Making Things website for news about the upcoming launch of their app. 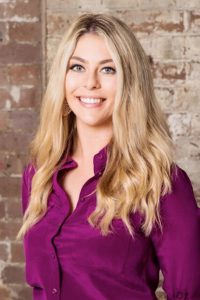 “I spent ten years working in the tech sector,” says Gemma Lloyd, co-founder of WORK180, “and in that time I worked for some amazing companies that were very supportive and equal, but I also worked with some archaic boys’ clubs.” Her experience in those boys’ clubs and the corporate cultures they maintained inspired Lloyd to build a jobs platform specifically for women seeking positions at companies that value gender equity and inclusivity in the workplace. In Lloyd’s words, WORK180 connects professional women with “only the best companies, which have been vetted on policies such as paid parental leave, flexible working, pay equity, and women in leadership.” WORK180 aims to maintain an inclusive mission, too. In the company’s statement of purpose, Lloyd writes, “We use an inclusive definition of ‘woman’ and ‘female’ to include all women, especially trans women, genderqueer women, and non-binary people who identify as women in a way that is significant to them.”

WORK180 takes its stamp of approval seriously, too; they only work with employers who meaningfully enact gender equity in their workplaces. “We will literally turn down money if the company isn’t actually doing the right thing,” says Lloyd. She explains that the best employers don’t just focus on supporting women directly, they also implement policies such as gender-neutral parental leave and flexible working options that apply to men as well. “It’s about equality for all,” Lloyd says. “Making sure that men can work flexibly and men can look after their children.” Business policies that help fathers balance work and childcare responsibilities are known to greatly benefit families in terms of personal and economic well-being, and they make it “easier for women to step up in the workplace,” explains Lloyd. “It’s not putting mothers first or fathers second; it’s saying everyone is equal, everyone should look after their children, which then makes everyone equal in the workplace as well.”

According to their mission statement, WORK180 aims to “become the number-one job platform globally for women by 2022, along with setting the standards for what a good workplace looks like.” WORK180 wants to institute fundamental, long-term change. In terms of expansion, “the UK is the first stop,” says Lloyd. The soft launch of WORK180’s UK operations happened in April of this year. “Then later in 2018, we’ll be launching in the US,” she says. “So, yeah, it’s full steam ahead.”

Take a look at WORK180’s blog to keep up with the company’s developments. 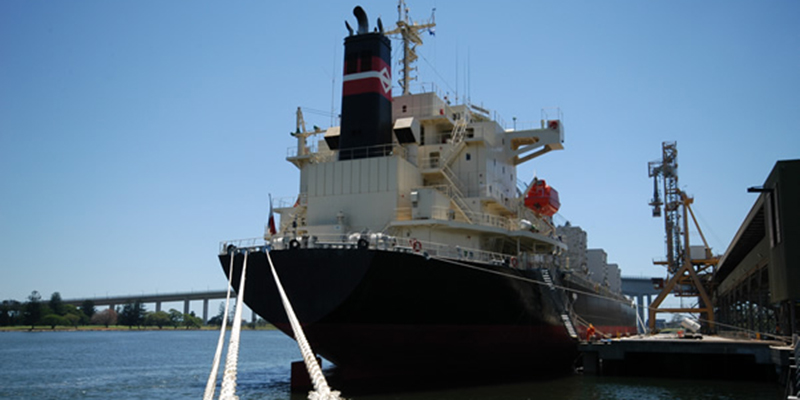 Agricultural transport and logistics may sound like a bit of a back-end business, but it’s a crucial component that ensures sustainable global food security and the survival of a sector susceptible to market and weather variability. Jesco d’Alquen, founder and managing director of PortQ, is well aware of the connection. “It’s a very tangible industry for me. Food will always be critical. In Australia, it is one of the few export industries apart from mining. It is a big chunk of our GDP and provides many rural jobs—it feels real and important.”

d’Alquen, a seasoned entrepreneur, got into the agro-logistics business because he saw a big opportunity in Australia’s market. “The agricultural sector is huge,” explains d’Alquen, but it’s also “overlooked by the tech sector and hence underserviced. Despite natural advantages, around 40% of farms just about break even.” With such a large industry that is heavily reliant on transportation, “small improvements in the supply chain can make a big difference,” he explains. “Export prices are set by the world market. So all the inefficiencies that you see between farm gate and export ports caused by trucking, silos, rails, more silos etc., all those inefficiencies are currently paid for by the farmer.”

To address these inefficiencies, d’Alquen says, PortQ has “introduced software to allow self-service and automation for bulk trucking as well as transparent booking and optimization of port capacity.  The trucking platform helps to ‘keep the wheels turning’ for drivers and carriers who often suffer from slim margins. The port solution, d’Alquen explains, “addresses demand peaks and troughs by applying market mechanisms, leading to better Return On Assets for port operators.” Altogether, he says, the outcome is “less waste in the supply chain and better returns for all involved, including growers.”

PortQ today helps 50% of all Australian Grain Ports better allocate their berth capacity and d’Alquen hopes to spread geographically as well functionally:  “The challenges are going to be to take a rather traditional industry with many connected players to the next level of automation and collaboration.” In this context, d’Alquen sees self-driving trucks, provenance tracking via IoT and self-organized networks (i.e. pools of transport providers) as the next frontier and growth opportunity.

To learn how PortQ helped increase efficiencies in one major Australian export terminal, check out this case study.