For Mobilewalla’s founder and CEO Anindya Datta, the origins of his 3rd startup can be traced to Doodle Jump. If you had an early-generation iPhone or iPod touch, the name likely brings back memories of shooting aliens in pursuit of beating your all-time score, eyes trained on the screen as your doodle soared to new heights. For the uninitiated, join the 15 million other Doodle-Jumpers and download the game to experience the magic.

Datta first encountered the cult hit shortly after leaving Cisco, which had acquired his previous startup a year prior. Instead of jumping back into startup life, the three-time founder decided to take some time off to focus on spending time with his daughter, who seemed permanently glued to her phone playing Doodle Jump.

The obsession confused Datta. Why were his daughter and her friends playing only this game when there were hundreds to choose from? After chatting, the main contributing factor, outside of Doodle Jump’s intrinsic virality, was the App Store’s search capabilities at the time. With over 200 games offered, the effort to download and try new ones was just too much.

This unoptimized experience piqued Datta’s interest. With two startups under his belt and experience as a professor focused on data, he set out to build an app search engine. The service quickly gained traction, becoming the #1 third-party search engine. 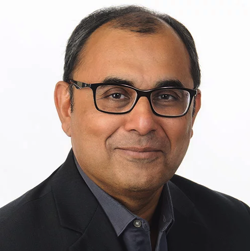 Sadly, even after much success, Datta saw it as a business with an obvious ceiling. “Although we made solid progress, peaking at around 1 million searches a day, I realized we were never going to scale it to where I wanted it. Google is Google because they have something like 6 billion searches a day. From there, I started thinking of ways to apply all of the data we had to something more commercially feasible.”

To the layperson, it would be hard to see the value in the information that Mobilewalla attained from building its app search engine. For Datta, it was all about connecting the dots.

“We had mounds of data on what people were saying about apps, where apps were being used, etc. Using that information, we could build profiles of different types of people, which is really what we do today but for larger companies. If you want to know where people like to go, what people eat, where people fly, you can turn to Mobilewalla for that information.”

This brings us to present day. The startup has come a long way since its beginnings of building a search engine to help Datta’s daughter expand her gaming horizons. Enterprises around the world now leverage Mobilewalla’s data and insights to build profiles of their ideal customers, and then make plans for how to attract and retain them.

How is this done? Much of it is through bringing multiple data sources together to build these profiles.

“Let’s take gender identification. It’s simple to say but extraordinarily hard to execute on. For example, if a major brand comes to us and says “I want to reach females interested in health and fitness.” One way to go about that is to look at the media that people consume. There is a huge variety of fitness and nutrition centered apps as well as related locations such as health clubs and exercise facilities, so we say “Hey, who do I see using fitness apps and hanging out at health clubs?” We can then take a subset of those people and see the crossover with people who consistently read, say, Cosmopolitan.”

As you can likely imagine, these insights are incredibly data intensive. Per Datta, the company gathers around 25 billion “observations” a day. Each observation is on average about 1kb, so that’s roughly 25 terabytes of data generated each day. Then you apply that over a time period, and the numbers get staggering.

To solve for this unique scale issue, the team at Mobilewalla built proprietary classes of new compression schemes that store data based on the structure of the observations. Through this new tech, they were able to achieve compressions ratios up to 25x (zip compression on average gets about a 2x compression ratio).

Overall, the company is doing quite well since its founding in 2013. With ~$21 million in venture funding raised to-date and customers across industries such as telecom, consumer finance, and ecommerce, Mobilewalla is showing no signs of slowing down. And as for Datta’s daughter? She’s since upgraded from her iPod touch to a new iPhone X.