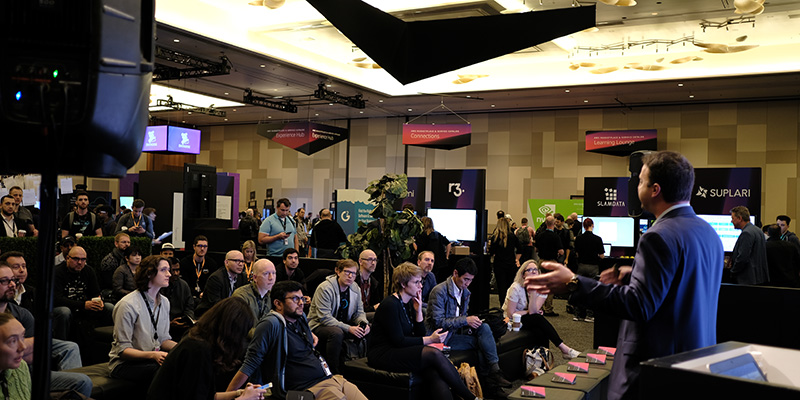 In late November, over 50,000 people gathered in Las Vegas for the annual AWS re:Invent conference. From product releases to the vast expo halls, there was no shortage of things to see, people to meet, or companies to learn about.

This year, the AWS Startups team put together a central place for all things startups at re:Invent. Located in the Aria expo hall and featuring a variety of activities, the space—dubbed Startup Central—was bustling from beginning to end.

The highlight of Startup Central was the Startup Stage, which featured over a dozen talks from startup leaders. Companies such as Buzzfeed, Reddit, and Affirm delivered presentations covering a variety of topics, including building out a blockchain infrastructure, securing microservices on AWS ECS, and building a serverless and compute infrastructure at scale.

How Coinbase Builds Out its Blockchain Infrastructure | Coinbase

Lending at Affirm: Powered by Machine Learning and EMR | Affirm