An increasing number of customers are looking to move their on-premises Network Attached Storage (NAS) to the cloud in order to benefit from cloud-based storage. Many of the same customers have mixed environments and use workstations with a combination of Windows and Linux operating systems. A common approach for employees using the Windows operating system is to join their computer to an Active Directory and then use a file share to access shared storage. Active Directory is a Microsoft directory service that allows managing access and permission to devices in a network. Joining the computer to Active Directory not only allows them to authenticate via Active Directory, but also gives them appropriate permissions on the shared file system.

Customers use Amazon FSx in a variety of use cases, such as:

Prerequisites for joining a Linux machine to an Active Directory domain

The first step is to join the Linux machine to an Active Directory domain. To do that, I need the following:

For this demonstration, I use an AWS Managed Microsoft Active Directory. The following screenshot shows how the Active Directory setup looks. The domain is called ‘EXAMPLE.COM.’ 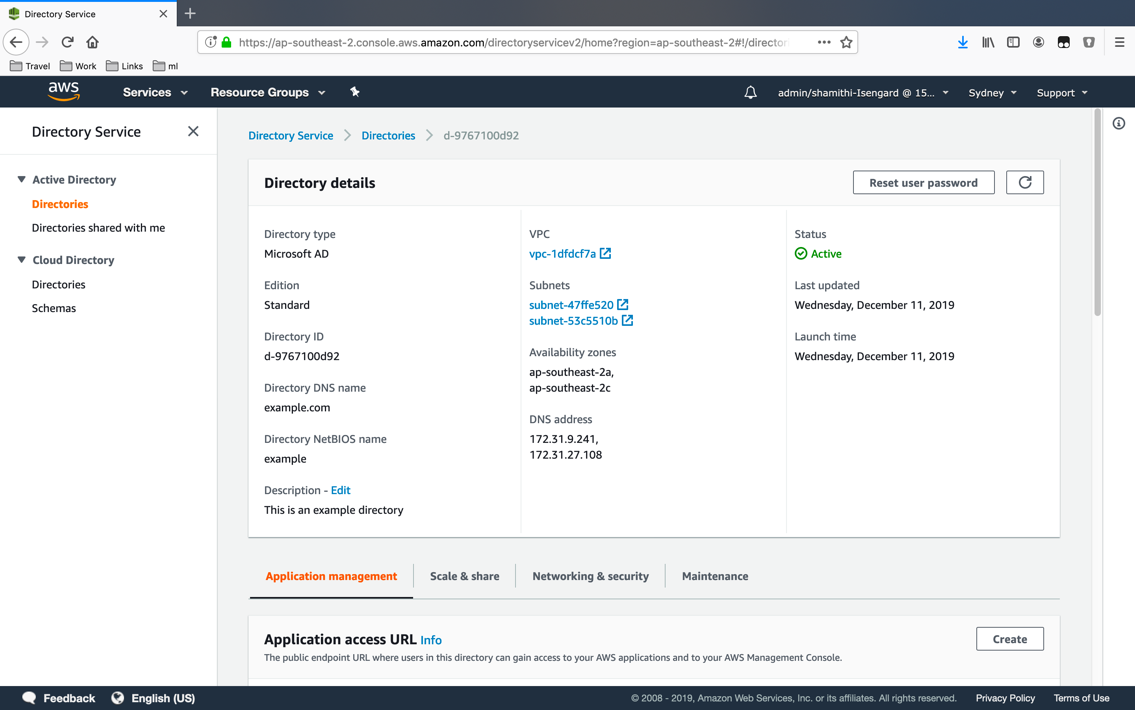 Now it is time to join the Linux machine to Microsoft Active Directory. For this demonstration, I first create an Ubuntu machine in Amazon EC2. Then I go through the steps to join the machine. 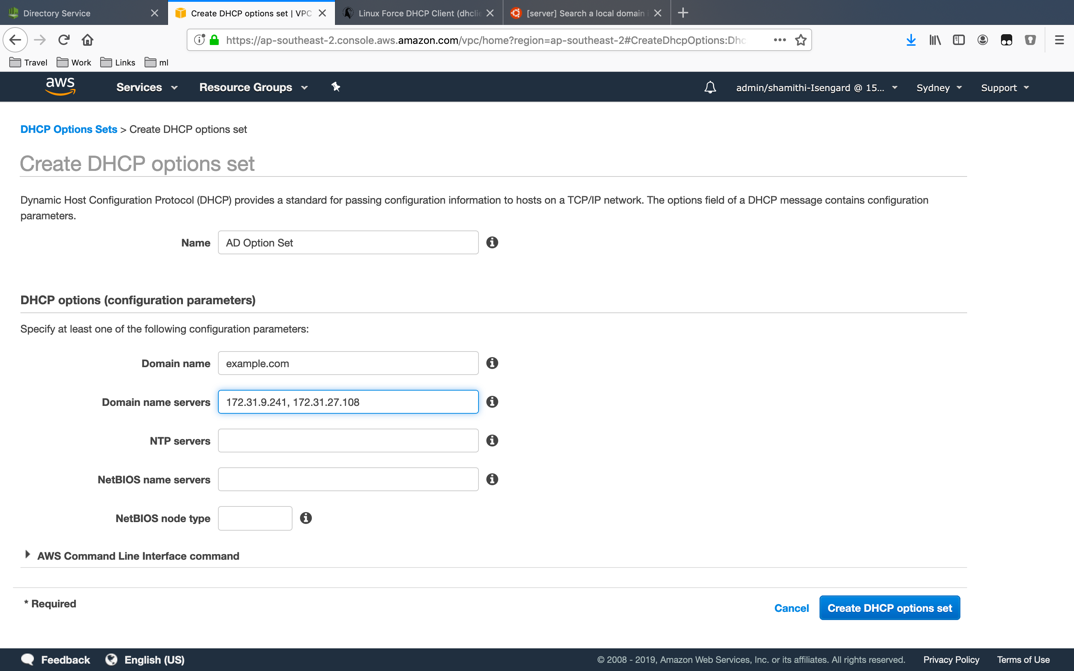 If you try this on a machine that is not on AWS, then make the necessary changes to fit your machine and operating system.

When prompted for the default realm, I type in ‘EXAMPLE.COM’ (note the upper case). 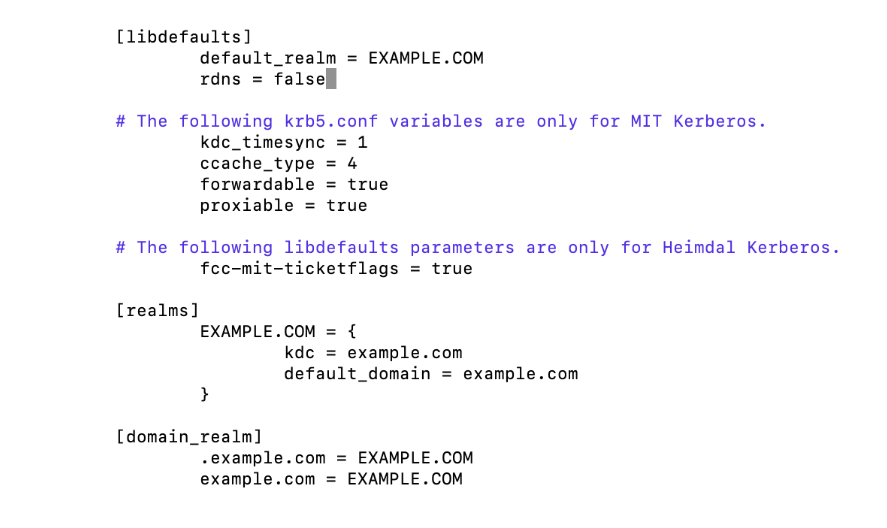 “Service_account” is the name of the account that has domain joining privileges. After providing the password, I finally saw this message:

This means that the machine was joined to the domain!

In this line, “Domain Users” is the name of the group. This gives all users from the group sudo access.

I also change PasswordAuthentication to yes and restart the sshd by typing in:

Then you must provide the password, and that is it. I am now logged in to the machine using an Active Directory user.

In the next section, I show you how I used cifs-utils to mount the Amazon FSx directory.

Prerequisites to mount an Amazon FSx file share on Ubuntu 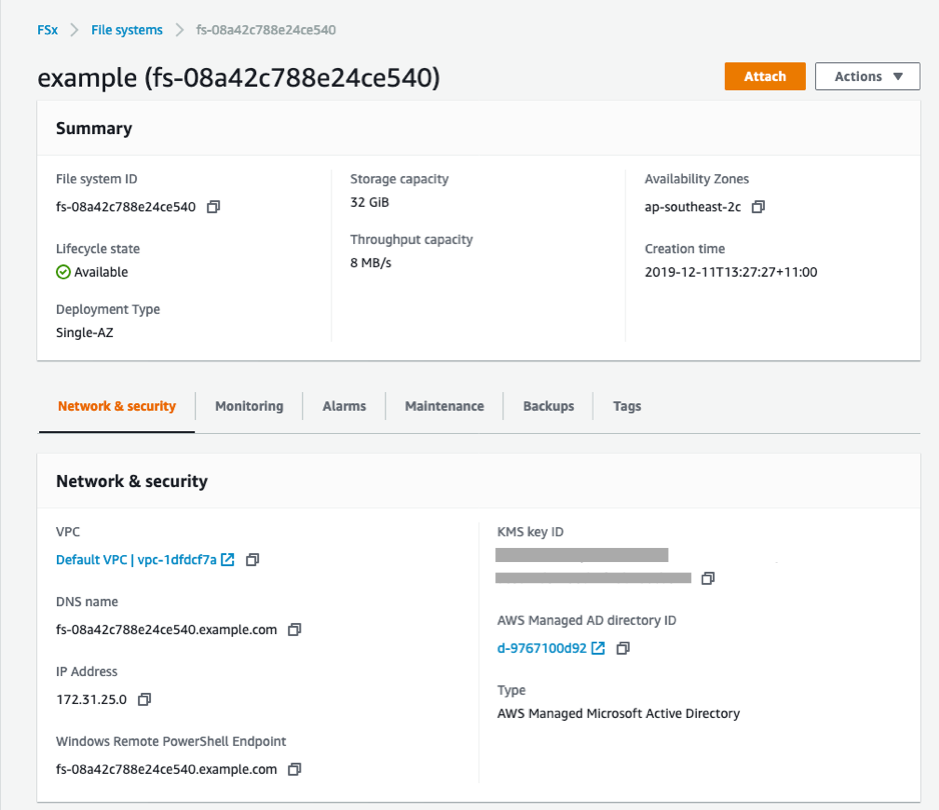 I create a minimal capacity FSx for Windows File Server for this demonstration.

That’s it! I have successfully mounted the Amazon FSx shared folder on the Linux instance, and hopefully so have you. The file share honors the user file permissions set out in the file share. That means that user ‘testUser1’ is only able to access folders that it has access permissions to.

In this post, I showed you how I join an Ubuntu instance to an Active Directory and also how I mount an Amazon FSx. Most of the steps above should work on any flavor of Linux systems. Just replace the ‘apt get’ commands with equivalent commands in the target operating system and replace the name of the packages to their equivalent in the target system. You can follow the steps to not only join all your Linux workstations to the domain, but also use the wonderful benefits of Amazon FSx.

As always, thanks for reading, and please leave a comment if you have any questions about AWS Storage.