Capital One Brings Sustainability to Its Cloud Migration

Moving from on-premises data centers to the cloud provides a long list of benefits, including greater speed, increased innovation, and lower costs. And it can also help bring more sustainability to your IT operations. In fact, according to a 451 Research report, the AWS infrastructure is 3.6 times more energy efficient than the median of the surveyed US enterprise data centers, and AWS operates at an 88% lower carbon footprint.

When you decide to migrate to AWS, you’re taking a positive step for our planet. And you can do even more by ensuring that your move to the cloud has the smallest environmental impact possible.

Capital One provides a great example of this. The company recently announced that it completed its migration to AWS, exiting all eight of its data centers during an eight-year journey. This unprecedented move in the US financial industry took enormous planning that went far beyond transforming the company’s IT infrastructure. Capital One also had to think about how to change its culture, technical expertise, and operations to both support the migration and achieve its vision of using the cloud to create new customer experiences.

Also on the planning list? Recycling its data center equipment.

As part of its mission of changing banking for the good, Capital One is committed to limiting its environmental impact. This includes reducing waste produced by its corporate campuses and cutting its landfill contributions in half by 2025. In addition to composting, reducing paper usage, and donating unused food from its cafeterias to local hunger nonprofits, Capital One sells, donates, or properly recycles all its unwanted technology through accredited vendors. 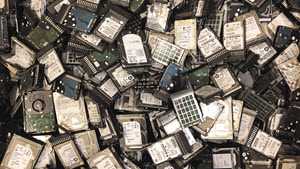 When Capital One decided to move to the cloud, it established a plan for responsibly disposing of its data center equipment. As it migrated, the company recycled 41 tons of copper and 62 tons of steel, and it removed a total of 13.5 million feet of cable from the last three data centers. Capital One expects to save 10 megawatts of power, the equivalent of 650,000 LED light bulbs, per year by exiting its data centers.

“From the beginning, Capital One was committed to moving to the cloud in the most responsible and well-managed way possible,” says Joe Muratore, VP of Technology at Capital One. “It’s been incredibly rewarding to contribute to environmental sustainability by recycling decommissioned assets and reducing our carbon footprint by powering down the data centers.”

When Capital One exited data centers in 2015 and 2018, it donated the proceeds from recycling its decommissioned assets to the Wounded Warrior Project. This nonprofit organization is dedicated to empowering and honoring veterans and service members who incurred a physical or mental injury, illness, or wound while serving in the military on or after September 11, 2001.

I asked Capital One to share with me the “five things to think about if you’re migrating to AWS and want to recycle your data center.” Here are the company’s top five tips:

When Capital One closed its last three data centers in 2020, the company commissioned Gabriel Dishaw, an upcycler and sculptor, to reuse some of the decommissioned parts and pieces to create a work of art. 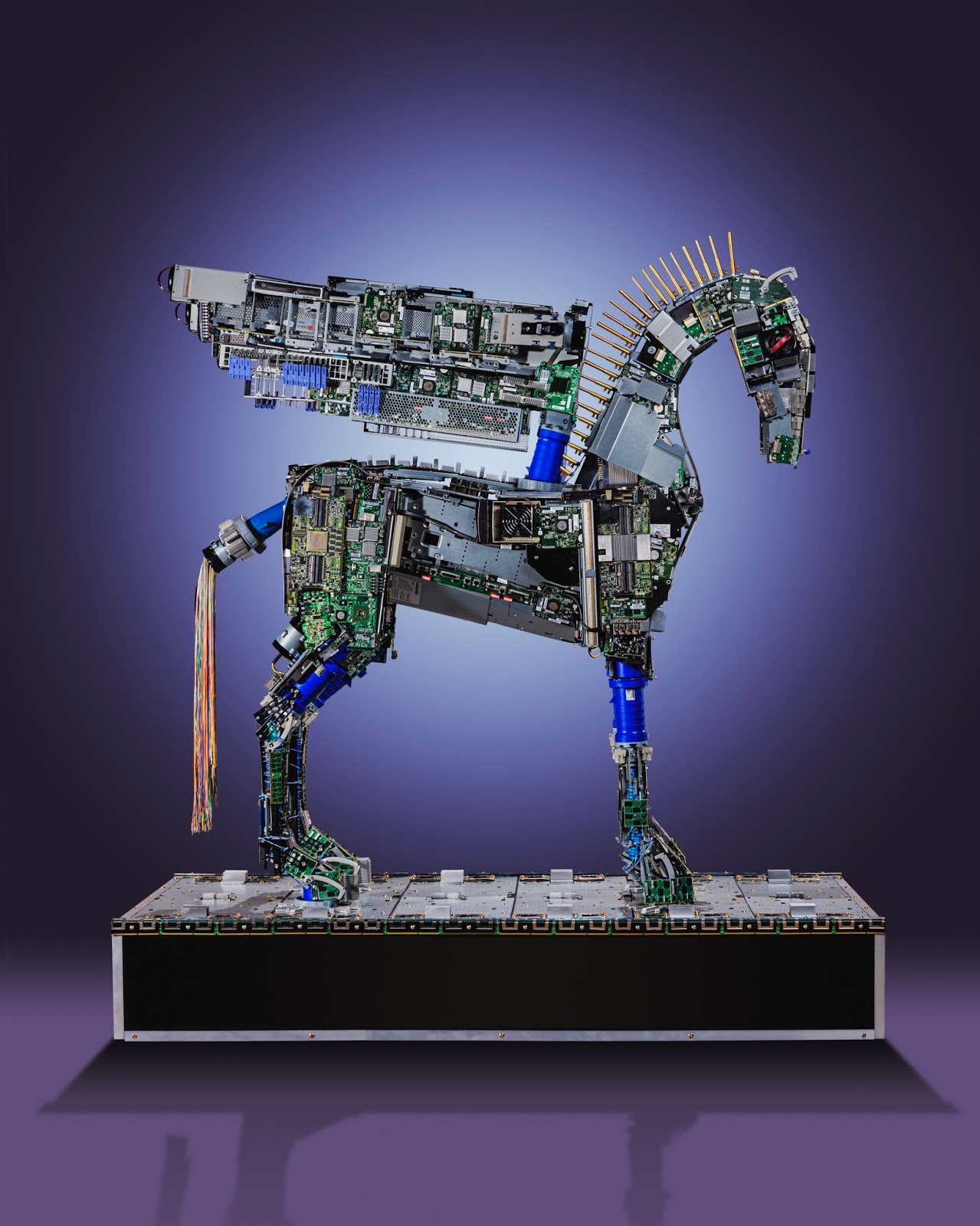 Gabriel Dishaw created Pegasus from parts and pieces of the data centers. Capital One will display the sculpture on its Knolls campus in Richmond, VA. (Photo credit: Oscar Hofmann; re-touching: Prouzak)

Learn more about AWS Sustainability in the Cloud and how AWS can help your organization migrate thoughtfully and with confidence. And learn how AWS helps financial services institutions differentiate themselves today and adapt to the needs of tomorrow.