We launched the T2 instances last summer (see my post, New Low Cost EC2 Instances with Burstable Performance for more information). These instances give you a generous amount of baseline capacity and the ability to automatically and transparently scale up to full-core processing power on an as-needed basis. The bursting model is based on “CPU Credits” that accumulate during quiet periods for spending when things get busy.

Today we are adding the t2.large instance based on customer feedback and on our own usage data. Our customers told us that the burst-based model gave them plenty of CPU power to run applications that consumed large amounts of memory. The new size provides double the amount of memory, along with a higher baseline level of CPU power.

Many AWS customers are running development environments, small databases, application servers, and web servers on their T2 instances. These applications generally don’t need the full CPU very often, but they do need to burst to higher CPU performance from time to time.

Here are the specs for all of the sizes of T2 instances:

AWS customer GoSquared (“People Analytics”) has been making good use of the T2 instances. Here’s what they have to say: 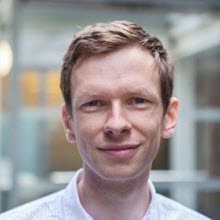 “The best part about T2 instances is that, so long as you don’t spend all your CPU credits, you enjoy the performance and all the power of a much larger instance, but at a fraction of the cost. As far as the services on your instance are concerned, they’re running on a fixed performance instance.”