It is the start of a new year and Tina Barr is back with many more great new startups to check out.
-Ana

Welcome back to another year of hot AWS-powered startups! We have three exciting new startups today:

If you missed any of last year’s featured startups, be sure to check out our Year in Review. 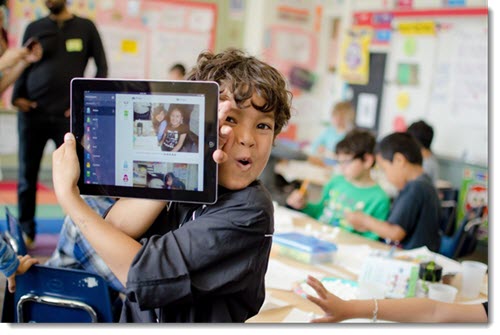 Founded in 2011 by Liam Don and Sam Chaudhary, ClassDojo is a communication platform for the classroom. Teachers, parents, and students can use it throughout the day as a place to share important moments through photos, videos and messaging. With many classrooms today operating as a one-size-fits-all model, the ClassDojo founders wanted to improve the education system and connect the 700 million primary age kids in the world to the very best content and services. Sam and Liam started out by asking teachers what they would find most helpful for their classrooms, and many expressed that they wanted a more caring and inclusive community – one where they could be connected to everyone who was part of their classroom. With ClassDojo, teachers are able to create their own classroom culture in partnership with students and their parents.

In five years, ClassDojo has expanded to 90% of K-8 schools in the US and 180 other countries, and their content has been translated into over 35 languages. Recently, they have expanded further into classrooms with video series on Empathy and Growth Mindset that were co-created with Harvard and Stanford. These videos have now been seen by 1 in 3 kids under the age of 14 in the U.S. One of their products called Stories allows for instantly updated streams of pictures and videos from the school day, all of which are shared at home with parents. Students can even create their own stories – a timeline or portfolio of what they’ve learned.

Because ClassDojo sees heavy usage during the school day and across many global time zones, their traffic patterns are highly variable. Amazon EC2 autoscaling allows them to meet demand while controlling costs during quieter periods. Their data pipeline is built entirely on AWS – Amazon Kinesis allows them to stream high volumes of data into Amazon Redshift for analysis and into Amazon S3 for archival. They also utilize Amazon Aurora and Amazon RDS to store sensitive relational data, which makes at-rest encryption easy to manage, while scaling to meet very high query volumes with incredibly low latency. All of ClassDojo’s web frontends are hosted on Amazon S3 and served through Amazon CloudFront, and they use AWS WAF rules to secure their frontends against attacks and unauthorized access. To detect fraudulent accounts they have used Amazon Machine Learning, and are also exploring the new Amazon Lex service to provide voice control so that teachers can use their products hands-free in the classroom.

Check out their blog to see how teachers across the world are using ClassDojo in their classrooms! 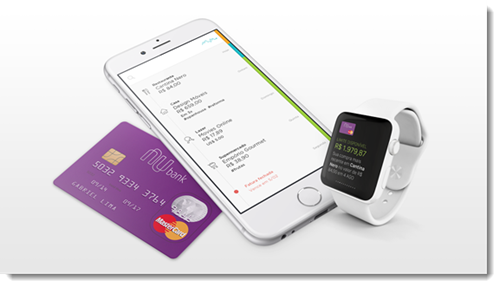 Nubank is a technology-driven financial services startup that is working to redefine the banking standard in Brazil. Founder David Vélez with a team of over 350 engineers, scientists, designers, and analysts, they have created a banking alternative in one of the world’s fastest growing mobile markets. Not only is Brazil the world’s 5th largest country in both area and population, but it also has one of the highest credit card interest rates in the world. Nubank has reimagined the credit card experience for a world where everyone has access to smartphones and offers a product customers haven’t seen before.

The Brazilian banking industry is both heavily regulated and extremely concentrated. Nubank saw an opportunity for companies that are truly customer-centric and have better data and technology to compete in an industry that has seen little innovation in decades. With Nubank’s mobile app customers are able to block and unblock their credit cards, change their credit limits, pay their bills, and have access to all of their purchases in real time. They also offer 24/7 customer support through digital channels and clear and simple communication. This was previously unheard of in Brazil’s banking industry, and Nubank’s services have been extremely well-received by customers.

From the start, Nubank’s leaders planned for growth. They wanted to build a system that could meet the ever changing regulatory and business rules, have full auditing capability and scale in both size and complexity. They use many AWS services including Amazon DynamoDB, Amazon EC2, Amazon S3, and AWS CloudFormation. By using AWS, Nubank developed its credit card processing platform in only seven months and are able to add features with ease. 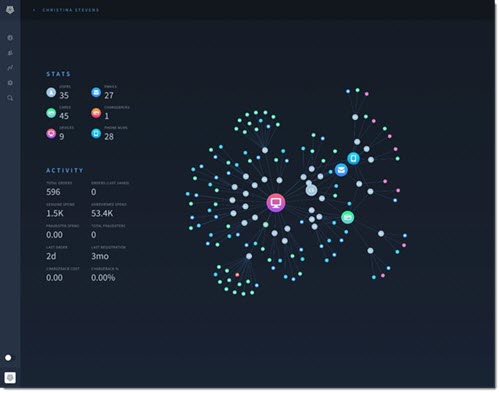 Launched in 2015, Ravelin is a fraud detection company that works with many leading e-commerce and on-demand companies in a range of sectors including travel, retail, food delivery, ticketing, and transport. The company’s founders (Martin Sweeney, Leonard Austin, Mairtain O’Riada, and Nicky Lally) began their work while trying to solve fraud issues in an on-demand taxi business, which required accurate fraud predictions about a customer with limited information and then making that fraud decision almost instantly. They soon found that there was nothing on the market that was able to do this, and so the founders left to start Ravelin.

Ravelin allows its clients to spend less time on manual reviews and instead focus on servicing their customers. Their machine learning models are built to predict good and bad behavior based on the relevant customer behavioral and payment data sent via API. Spotting bad behavior helps Ravelin to prevent fraud, and equally importantly, spotting good patterns means fewer good customers are being blocked. Ravelin chose machine learning as their core technology due to its incredible accuracy at a speed and scale that aligns with how their clients’ businesses operate.

Ravelin uses a suite of AWS services to help their machine learning algorithms detect fraud. Their clients are spread all over the world and their peak traffic times can be unpredictable so they scale their Amazon EC2 infrastructure multiple times a day, which helps with handling increased traffic while minimizing server costs. Ravelin also uses services such as Amazon RDS, Amazon DynamoDB, Amazon ElastiCache, and Amazon Elasticsearch Service. Utilizing these services has allowed the Ravelin team more time to concentrate on building fraud detection software.

For the latest in fraud prevention, be sure to check out Ravelin’s blog!