The Cloud Platforms Team manages a variety of applications, which include some that are hosted on a fleet of older generation Amazon EC2 instances. One of these applications provides consumer facing API services to Android and iOS applications.

We needed to address the following three challenges:

Each time the application scaled out, a set of processes would execute to set up and configure the Operating System and application. In the event of an issue with any of these processes, we would experience a runtime issue with the application. On one evening, two installation dependencies were causing every scale out action to fail. This caused a significant service interruption impacting mobile users.

Improve the speed of scaling, unused capacity, and increased costs

Our standalone Amazon EC2 setup struggled to scale fast enough to manage peak time traffic for the application. This resulted in a lot of errors caused by performance and resource starvation. As a workaround, we configured a scheduled action to scale up just prior to peak traffic time; this was not ideal as it often resulted in a lot of unused capacity.

The two risks we are looking to mitigate with this piece of work involve: 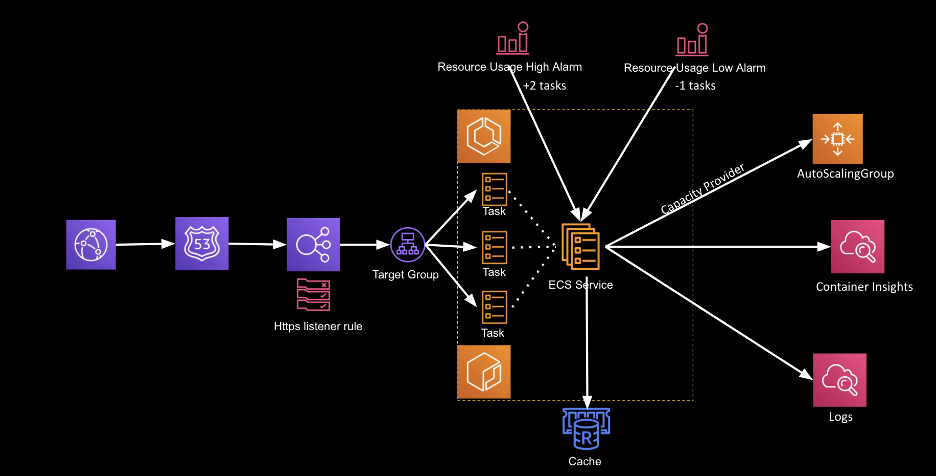 Here we see the solution of:

The key focus of this activity was improving the reliability, in particular during peak times. We were able to alleviate the impact of a heavily increased amount of traffic with effective scaling. The ability to scale reduced the number of alerts triggered during peak time for an improved user experience.

One of the main goals of this activity was to ensure that our infrastructure scales on usage so we are not paying for unused capacity.

If we look at the number of requests: 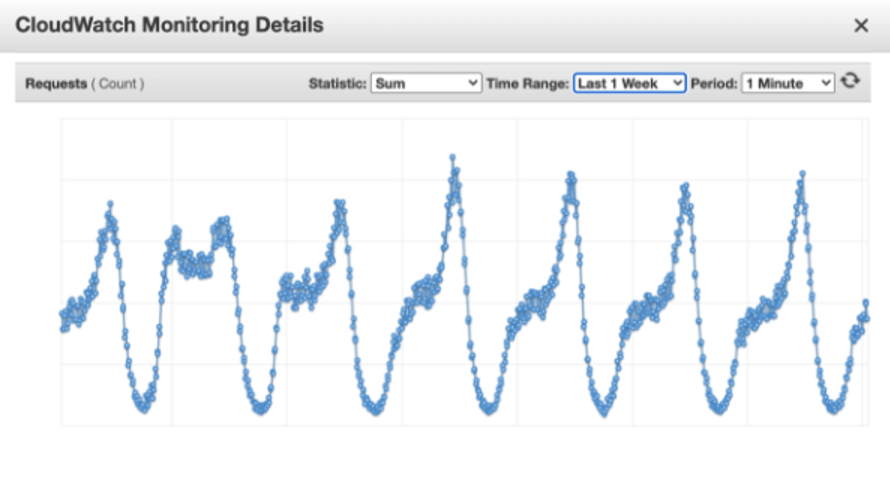 We can see a direct correlation to the number of tasks running to service the higher numbers:

In addition to the above task count metrics, we can also see the number of container instances scaling up and down in correlation to the task count:

In this graph, you can also see that a deployment occurred on the 5th cycle where the cluster scaled up to support a deployment transition and the capacity provider bought it back down afterwards.

While reliability was our first objective, we reduced costs by 25% and achieved usage-optimized scaling.  We also reduced our EC2 costs by working through our custom reports on AWS Cost Explorer.

Simplifying the deployment process and moving off old architecture has enabled further cost saving initiatives that can be looked at in future such as:

We are currently looking at integrating this workflow with AWS CodePipeline and AWS CDK to integrate Amazon ECS into an automated workflow. There are opportunities to apply this architecture to existing and future workloads within Domain.

There is also information on various Amazon ECS Task Placement strategies that suit your use case.

In addition, you can track your performance metrics with Amazon CloudWatch Container Insights.