On Failure: A conversation with today’s enterprise cloud leaders 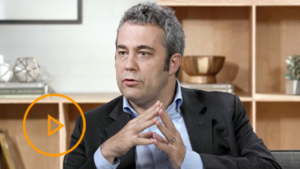 Last month, we published a series of video interviews with C- level executives on their approaches to people and culture, while leading their organizations through the cloud journey. In this blog series I’m summarizing these perspectives, to share what I think are key lessons from these insightful discussions.

In my last blog, I focused on the theme of Developing next level leaders. The leaders I talked to shared how they look for much more than technical qualifications when identifying and developing their next level leaders. They emphasized the importance of quality of character, drive, and resilience. This week, I’m highlighting themes that emerged from our discussions On Failure: the video interviews on this topic can be seen on the AWS Executive Insights page here.

During my time as Corporate CIO at Coca-Cola, I certainly had the chance to get to know the many faces of failure. I, like many other leaders, see failure as a necessary part of innovation and discovery. Failure typically teaches you more than success and it is certainly more memorable. However, in large enterprises failure is rarely seen as positive or even acceptable. Now, as an Enterprise Strategist for AWS, I am inspired by and can confirm Amazon’s reputation as a company that supports and even encourages failure. As Jeff Bezos famously says, “Amazon is the best place to fail.”

In my conversations with other cloud leaders, I wanted to know their personal philosophy on failure, and if they too have an organization that supports the idea of failure. While each leader has some unique insight on this topic, there was remarkable consistency on the refrains of owning one’s failures (being brave enough to admit you’ve made a mistake), cultivating an organization where it is safe to fail, and ultimately learning from failure to make the next phase stronger.

Shaown Nandi, CIO of Dow Jones, says that for him, the most important thing is to be open and honest along the way, and to ask for help from mentors or senior leaders early. As a leader, he strives to create a supportive environment where his team can fail, while encouraging others to follow his lead and take responsibility when things don’t go according to plan – not to cover it up or run away. Sometimes, Shaown says, the best solution is to stop, declare a project a failure, learn, and move on.

For Herve Coureil, Chief Digital Officer of Schneider Electric, failure is all about self-reflection. Like me, Herve sees failure as an opportunity to look back, examine why it didn’t work and what was your role in it. For his organization, Herve says there is a fine balance of giving people the freedom to fail, yet not letting things go too far before stopping and fixing them. “It’s not something you can make a playbook on, it’s a balance,” says Herve.

Working in technology is a science of sorts. Charlie Ewen, CIO of the UK Met Office, says it’s important to keep top of mind that failure, in a structured way, is intrinsic in the scientific method. Hypotheses, predictions, experimentation – all of this require failure to know what will ultimately work. Charlie is working to build a higher tolerance for failure in his organization. He says “we all make mistakes. I’ve made lots of mistakes. What’s important is to acknowledge failure: be evidence led, be data led… stop things or go back again to keep getting better.”

Failure is not always an easy topic to talk honestly about, and I appreciate these leaders sharing their candid insights and lessons. I hope you’ll enjoy this video On Failure, and our complete video series talking with these – and other insightful leaders, sharing their perspectives on leadership. Stay tuned to this blog series, as next time I’ll be sharing insights from my interviews on the topic Keeping up with the ever increasing pace of technology.