Alexandre de Juniac, Director General and CEO, International Air Transport Association (IATA), joins Massimo Morin, Head of Travel and Hospitality Solutions at Amazon Web Services (AWS), for a broad-ranging discussion about the recent disruption faced by travel and hospitality companies – and his company’s response to that disruption. IATA is the trade association for the world’s airlines, representing some 290 airlines or 82% of total air traffic. IATA supports many areas of aviation activity and helps formulate industry policy on critical aviation issues.​

This Executive Conversation is one of a series of discussions held with industry leaders, where we seek to learn more about their resiliency, tenacity, and capacity for innovation. The series follows the publication of the AWS Travel and Hospitality E-book: “Building Resilience For The Long Run.” Filled with strategic observations, hints, and tips, the E-book provides guidance for building a more resilient organization, potentially serving as a useful resource as travel and hospitality companies address both current challenges and those yet to come. 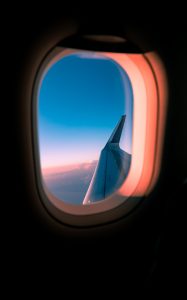 Massimo Morin: While your business is recognized publicly by many, what’s one unique characteristic or feature that is either lesser known or understood about your company?

Alexandre de Juniac: IATA’s mission is to represent, lead, and serve the global airline industry. Our most visible activity probably is our advocacy work with governments and international organizations on safety and security, the environment, and the enormous value aviation delivers to the global economy.

Less well known is the vital role we have in supporting the industry’s financial operations. Since 1971, our IATA Financial Settlement Systems have been the back office of the global air transport system. These systems facilitate payments to airlines from travel agents and freight forwarders, between airlines, and from airlines to suppliers. In 2019, they processed $458 billion in airline funds.

MM: Many companies across travel and hospitality have been managing through a period of unprecedented disruption. What have been the biggest challenges you’ve faced during this recent period and how have you managed through them?

ADJ: Probably it would be a hyper-acceleration of the speed of change in our organization and the industry. Aviation is a closely integrated system that relies on globally agreed-upon standards that can take years to develop and implement. But our world was turned upside down almost overnight as countries went their own way in dealing with COVID-19.

For example, all sorts of red tape and regulations sprang up around moving crews and aircraft around the world. Getting governments to react rapidly and flexibly to the situation became imperative so that our member airlines could conduct repatriation flights, or bring vitally needed PPE into countries that had locked their borders or closed their airports, or were requiring extended quarantines for flight crews that would make it impossible for them to operate the return flight!

This is just one of many examples. Thankfully, most aviation regulators really stepped up, and so did the International Civil Aviation Organization (ICAO), the special body of the UN that deals with civil aviation.

Even more impressive, all this was accomplished during a period when virtually our entire organization was working remotely – and we have people in over 50 countries! So that’s a credit to our great team, but also the excellent support from AWS in terms of our cloud connectivity. The other thing is how important our website [also hosted by AWS] became in terms of sharing critical information with our members other parts of the value chain, as we had to dispense with in-person meetings.

MM: As we all prepare for the next phase of traveler or guest demand, what are some of the changes your company has taken (or plans on taking) to adjust to the current operating environment?

ADJ: We’ve got to keep moving at hyper speed for the foreseeable future. Our members are facing extraordinary challenges and we’ve had to refocus around supporting aviation’s restart. Someone once said that a modern jet is a million parts all moving in the same direction. The same holds true at the industry level. The air travel value chain comprises travel agents, reservation systems providers, airlines, airports, ground handlers, airplane, avionics and engine makers, air traffic management, and of course, regulators. And these are all separate organizations. But we all have to work together.

Cooperation is even more important now when it sometimes seems the rules change every day. And when we get back to normal, we don’t want to lose that cooperation. We also want to take what we learned in the crisis about how we manage our businesses and be able to apply them in a “normal” setting. Because we’ve all had to become more efficient, we want to keep that.

MM: In the face of the current disruption to the travel and hospitality industry, we’ve observed incredible innovations coming from across the industry. How has your company innovated through these challenging times and what are you most proud of?

ADJ: In terms of what I’m most proud of, I have to say it’s how the entire IATA team came together in this emergency. We had to reorient ourselves in a matter of a few weeks. We asked people to put aside long-term projects and redeploy to new teams and activities around supporting the industry through its gravest crisis.

One of the biggest priorities was to define – out of whole cloth – a roadmap for restarting aviation that would provide confidence to governments and air travelers that aviation would not be a meaningful vector for the transmission of COVID-19. This roadmap then became the basis of our contribution to ICAO’s global guidelines for restoring air connectivity to the world.

Further, this high-level approach needed to be supported at the operational level. We have been very active in developing guidance on things such as best practices for aircraft cleaning and sanitation, guidance for managing flight crew training and licensing during COVID-19, and carrying air cargo in the cabins of passenger jets.

So we’ve been pretty innovative by taking advantage of all the talent across the organization and contributing to the ICAO document, plus all of the operational guidance material we created where none existed. 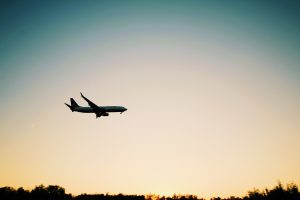 MM: The travel and hospitality industry is incredibly resilient. As you look toward recovery, what role does technology play for your company moving forward? How do you see technology enhancing the customer experience and improving operational efficiency?

ADJ: The biggest thing will be the focus on contactless technology for things like airport kiosks and bag drop, and more self-service options. This is a direction in which we were already moving as an industry and the trend will accelerate. One such initiative is One ID – where a biometric identifier like a face, iris, or fingerprint scan replaces your travel documents, allowing you to move seamlessly from airport entrance to the gate without the need for repetitive document ID checks. We also expect to see more applications of artificial intelligence, such as driverless tugs to push back aircraft or guide them to the gate.

MM: There’s much talk at the moment about how the airline experience has changed and there will be a “new normal” going forward. What does this “new normal” look like to you and how do you think the travel experience will look three years from now?

ADJ: It will still be a smaller industry in three years but recovering. There will be a loss of some business travel; most will return, but a small share may disappear, although industry growth means that in absolute numbers it will continue to rise. The passenger experience should be smoother thanks to technology’s help in solving problems such as expediting passenger processes, border controls, RFID bag tracking, etc.

MM: What makes you excited for the future of travel and hospitality? As a traveler or guest, where are you looking forward to visiting next?

ADJ: I don’t want to paint too rosy a picture. The situation today is grim; we don’t see passenger levels returning to pre-COVID until 2023. So we still have a long way to go. And it may be that some portion of business travel does not return as companies turn to online meetings. But travel fulfills fundamental needs. Speaking into a computer is not the same as being in the same room with someone. People need to connect and they want to experience the world through their own eyes.

I call aviation the business of freedom because it liberates us from the constraints of distance and geography. In doing so, it enables us to lead better lives, and makes the world a better place. It opens up new possibilities for education and careers. It creates opportunities for greater understanding among cultures. I believe that if anything, the lockdown has only stoked the fire in peoples’ hearts to explore and travel the globe.

Learn more about the new Travel and Hospitality E-book: “Building Resilience For The Long Run.” 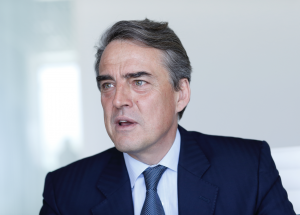 Alexandre de Juniac became the seventh person to lead the International Air Transport Association (IATA) when he took on the role of Director General and CEO in 2016. De Juniac has almost three decades of experience in both the private and public sectors. This includes senior positions in the airline and aerospace industries and the French government.

De Juniac has broad aviation sector experience, including 14 years at French aerospace, space, defense, security and transportation company Thales, and its predecessor companies Thompson-CSF and Thompson SA (1995-2009). In his last position at Thales, de Juniac was responsible for the company’s operations and sales in Asia, Africa, the Middle East and Latin America.

De Juniac has also held positions in the French government. His career began with the Conseil d’Etat (State Council) from 1988 to 1993. Subsequently, he served in the Department of Budget (1993-1995); and in the Ministry of Economy, Industry and Employment as Chief of Staff to then Minister Christine Lagarde (2009-2011). A French citizen, de Juniac was born in 1962. He is a graduate of the Ecole Polytechnique de Paris and Ecole Nationale de l’Administration. At IATA he works from both the association’s main offices in Montreal, Canada and Geneva, Switzerland.