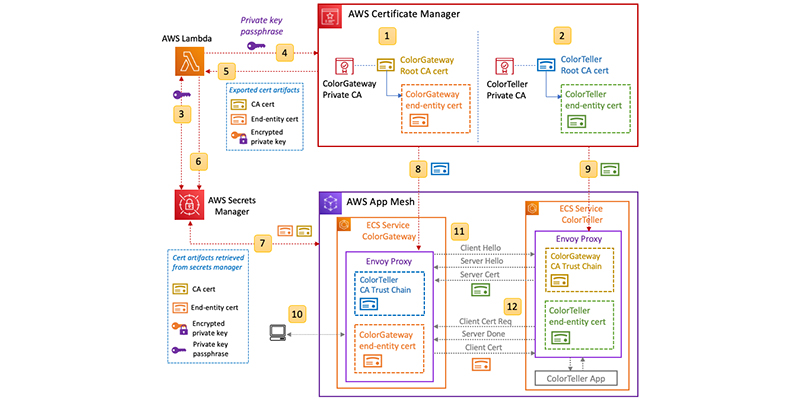 Securing east-west traffic in service meshes, such as AWS App Mesh, by using mutual Transport Layer Security (mTLS) adds an additional layer of defense beyond perimeter control. mTLS adds bidirectional peer-to-peer authentication on top of the one-way authentication in normal TLS. This is done by adding a client-side certificate during the TLS handshake, through which […] 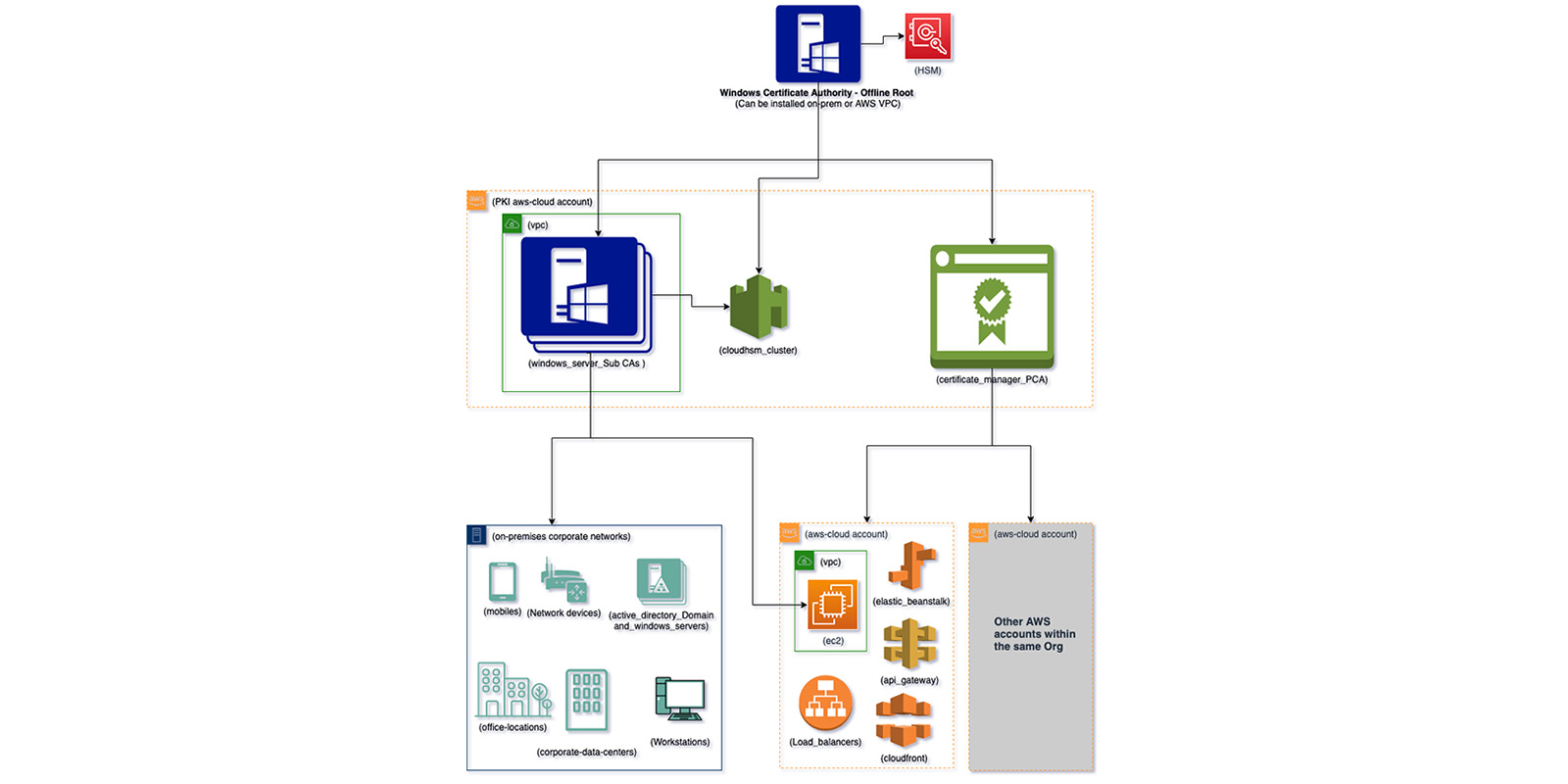 How to implement a hybrid PKI solution on AWS

As customers migrate workloads into Amazon Web Services (AWS) they may be running a combination of on-premises and cloud infrastructure. When certificates are issued to this infrastructure, having a common root of trust to the certificate hierarchy allows for consistency and interoperability of the Public Key Infrastructure (PKI) solution. In this blog post, I am […]