Inside Angel Investing: How Long Have You Been Working on This? 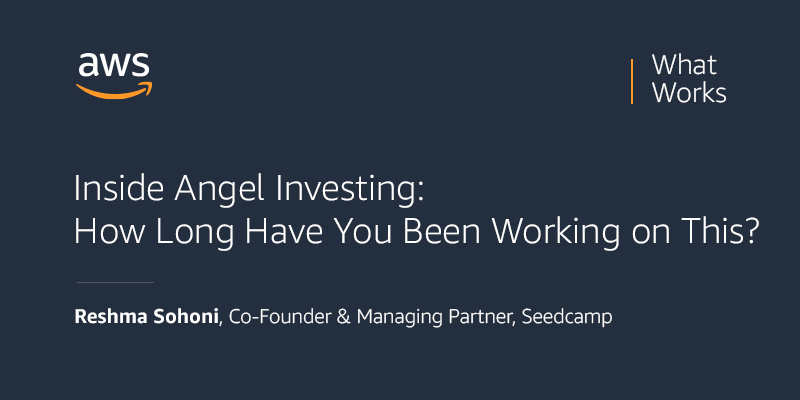 The time and cost it takes to build things has come way down for all kinds of startups. So, unless you are deep in the R&D game, the answer to, “How long have you been working on this?” takes on deeper significance, says Seedcamp’s Reshma Sohoni. The speed to market, and the speed with which competitors also crop up, has vastly increased since Sohoni co-founded the London-based seed investment in 2007. “Particularly in the world of consumer and SaaS it is (now) an execution game, and a go-to-market game rather than it is fundamentally tech infrastructure as a moat,” Sohoni says. “So, a lot of our questioning and push is around the brilliance (a founder demonstrates) around go-to-market. “So much money has gone into so many startups roughly, attacking the same use case with same roughly the same solution, and it becomes a marketing money game, and as an investor you have to be conscious of the game you are entering.” In other words, remember that go-to-market brilliance Sohoni is looking for? You better bring it. And in the startup religion of “fail fast” and the “pivot” there is something you should always consider Sohoni says — greatness. “I don’t think in our experience any of our companies have dramatically changed their product where it went from shit to great,” she says. “There were always kernels of greatness there in the product, and then it got even slicker, it evolved and hit the right nerve with users.”