The Business of Geeking Out: Product Hunt CEO Ryan Hoover Lives His Love of Product Discovery 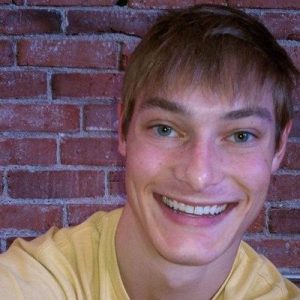 In today’s capital-fueled startup market, it’s easy to feel behind the curve when it comes to keeping up with the most recent tech products. New companies launch, fly, or fail faster than even the geekiest of us can keep up with, sometimes slipping under the radar amid crowds of hopefuls looking for their big breaks. “I think building successful companies and products relies a lot on speed,” says Ryan Hoover, founder and CEO of Product Hunt, an online informational hub for and about startups. “It’s a matter of just how quickly can you figure out which ones will work and which ones won’t.”

With heaps of money at stake, much of the attention paid to new businesses revolves around how much cash they’re raising and how much profit they’ll generate in the future. Many avenues are available for connecting entrepreneurs with investors, and media coverage tends to focus on those relationships. Fortunately for those of us interested in the ideas behind the businesses, Product Hunt maintains a vibrant accounting of new tech products in an interface designed to highlight innovations and promote entrepreneurs. Hoover came by the concept honestly. “I found a tweet from myself in 2011,” he remembers. “It was something like, it’s Sunday morning and I’m browsing AngelList, looking for products, because I’m a geek and that’s what I do on my Sunday mornings, apparently. And I did.”

“Product Hunt is the place where people launch new products and discover new products. So, these are sometimes mobile apps or physical products. It’s kind of a peek into the future,” says Hoover. “We’re serving the tech ecosystem.” And Product Hunt focuses on user experience to make its mark. “One thing that we’ve done in the past [is] monitor user behavior and see what people are doing, and then [figure out] how we can build for that behavior,” Hoover explains.

Early on, Product Hunt was able to attract a following by providing information that piqued users’ curiosity and by allowing those users to share their own finds, spreading the word about the site. “There was a flywheel effect where a user would find a product, and they would post it to Product Hunt,” Hoover says. The maker of the product would then learn that the product had been mentioned on Product Hunt, visit the site, and share what they’d found with their audience. “That audience would then lead to more people posting products, which would then lead to more makers, and so on and so forth,” adds Hoover. “It was just one of those organic kinds of discoveries.”

This sense of discovery permeates much of Product Hunt’s forward momentum, and it’s led the company’s focus on community building. Hoover says that he thinks a lot about making sure that the community is excited and that Product Hunt, even as it expands, is “still a fun and exciting place to come visit.” He explains that community building is “easy to sort of neglect over time, especially if you over-focus on the metrics and the numbers. Sometimes it might dissuade you from doing the things that are harder to measure and [are] just fun and bring delight to the community.”

Through its acquisition two years ago by AngelList—a website that works to connect investors with entrepreneurs, and entrepreneurs with potential employees—Product Hunt hoped to develop a directly collaborative relationship. As Hoover explains, in the beginning, AngelList’s “culture of entrepreneurs” was focused on serving founders and investors, but “now it’s expanded tremendously. A larger portion of AngelList engagement is really on the talent platform.” This shift has allowed for a synchronicity between Product Hunt and AngelList. “We’re doing very, very different things, but we’re still serving the same audience,” says Hoover. “Companies have gone through this lifecycle where they launched on Product Hunt, and then fast-forward several months later, they end up raising money on AngelList, and then several months later they’re now recruiting and hiring on AngelList. Ideally, we can have touch points across that entire experience.”

Looking to the future, Hoover reports that Product Hunt is focused on growing its audience and providing more opportunities for users to connect with each other. “We’re experimenting with this new platform where people can share their goals and help each other, whether it’s redesigning a website or writing copy for their new landing page or producing a podcast.”

For his part, Hoover says he still enjoys discovering new products. “I’m personally interested in voice technology,” he says, noting that “we’re starting to hit massive adoption of these different tools.” He continues, “When you see user behavior shifts, you see opportunities, and you see new ways for startups and people to build on top of those challenges.” Product Hunt is poised to be there for the ride.