Developers typically have to set up and operate a shared build server to run continuous integration builds and tests on their source code changes. Because of the maintenance overhead, many developers avoid that and just run builds on their local machines, often leading to situations where code that works for one developer does not work when rebuilt in the final production environment.

Many development teams set up build farms that are put to use as part of their CI/CD (Continuous Integration / Continuous Deployment) pipelines. These build farms are expensive to set up and maintain, and require a different set of skills. They are often lightly used, except at crunch time, when utilization hits 100% and the backlog of build requests grows. 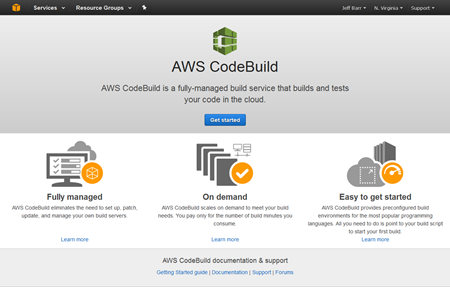 Today we are introducing AWS CodeBuild to address these challenges. Instead of spending time setting up, scaling, and patching a fleet of build servers, you can use CodeBuild to streamline your development process, while also avoiding many different types of inconsistencies and discrepancies. You don’t need to provision servers ahead of time; CodeBuild will scale to accommodate your build volume instead of letting pending builds stack up. You pay for build resources on a minute-by-minute basis, paying only for what you use, with prices starting at $0.005 (one half of a cent) per minute.

CodeBuild is a managed build service. It is elastic, scalable, and easy to use. To start, you need do nothing more than create a build project that contains the information needed to perform a build. This includes the following elements:

CodeBuild performs each build in a fresh, isolated, container-based environment. Here’s what happens:

You can use CodeBuild as a AWS CodePipeline build provider, making it an ideal addition to your existing CI/CD process. CodeBuild  makes uses of other AWS services including S3 and AWS Identity and Access Management (IAM).

The curated build environments include the AWS CLI and the AWS SDKs. This enables you to create a fully automated CI/CD workflow for your serverless applications, using CodePipeline and AWS SAM. You can pull down npm or pip packages, package it up using the AWS CLI, and have it all ready for deployment.

All of CodeBuild‘s functionality can be accessed from the AWS Management Console, APIs, or the AWS Command Line Interface (CLI).

AWS CodeBuild in Action
While I didn’t have time to fully exercise AWS CodeBuild with an in-depth walk-through, I’ve included some screen shots here to give you an initial feel for the service features.

Detailed information for a single build: 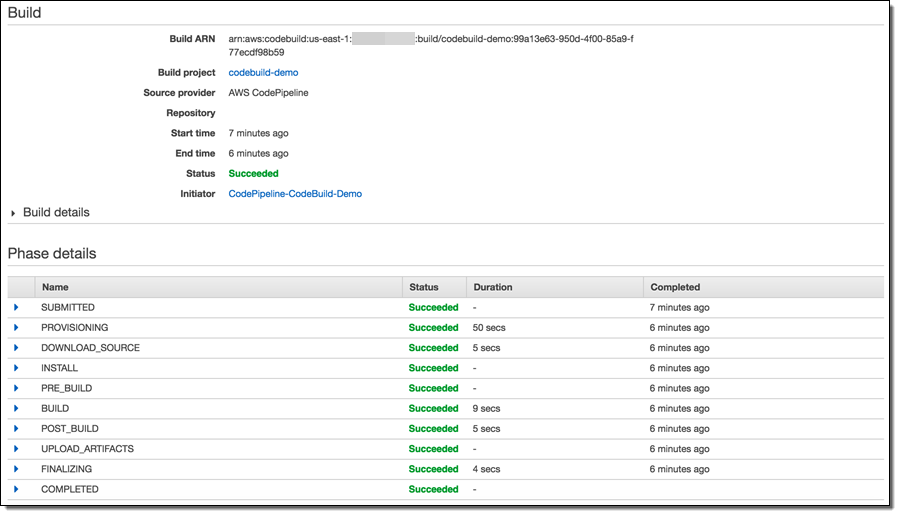 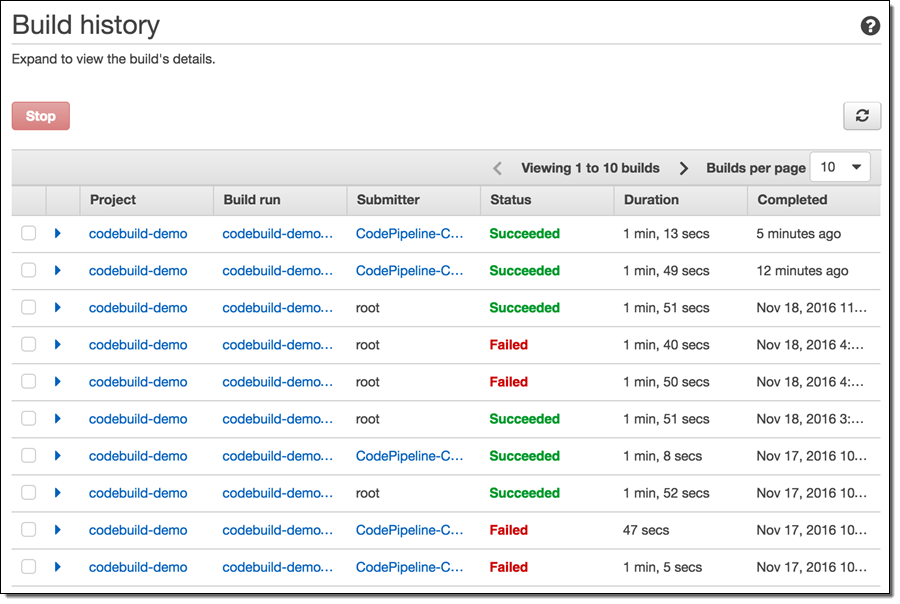 AWS CodeBuild as a build provider in AWS CodePipeline: 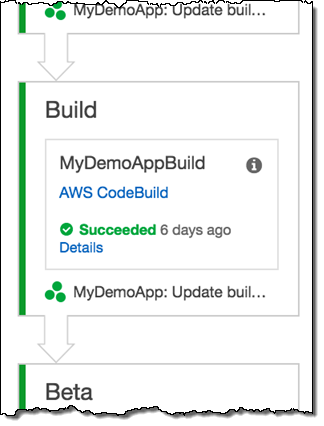 Available Now
AWS CodeBuild is available now and you can start using it today! We are launching with support for Linux builds and are planning to add support for Windows in the near future.

You can learn more on January 20th during our webinar. Sign up for it here.