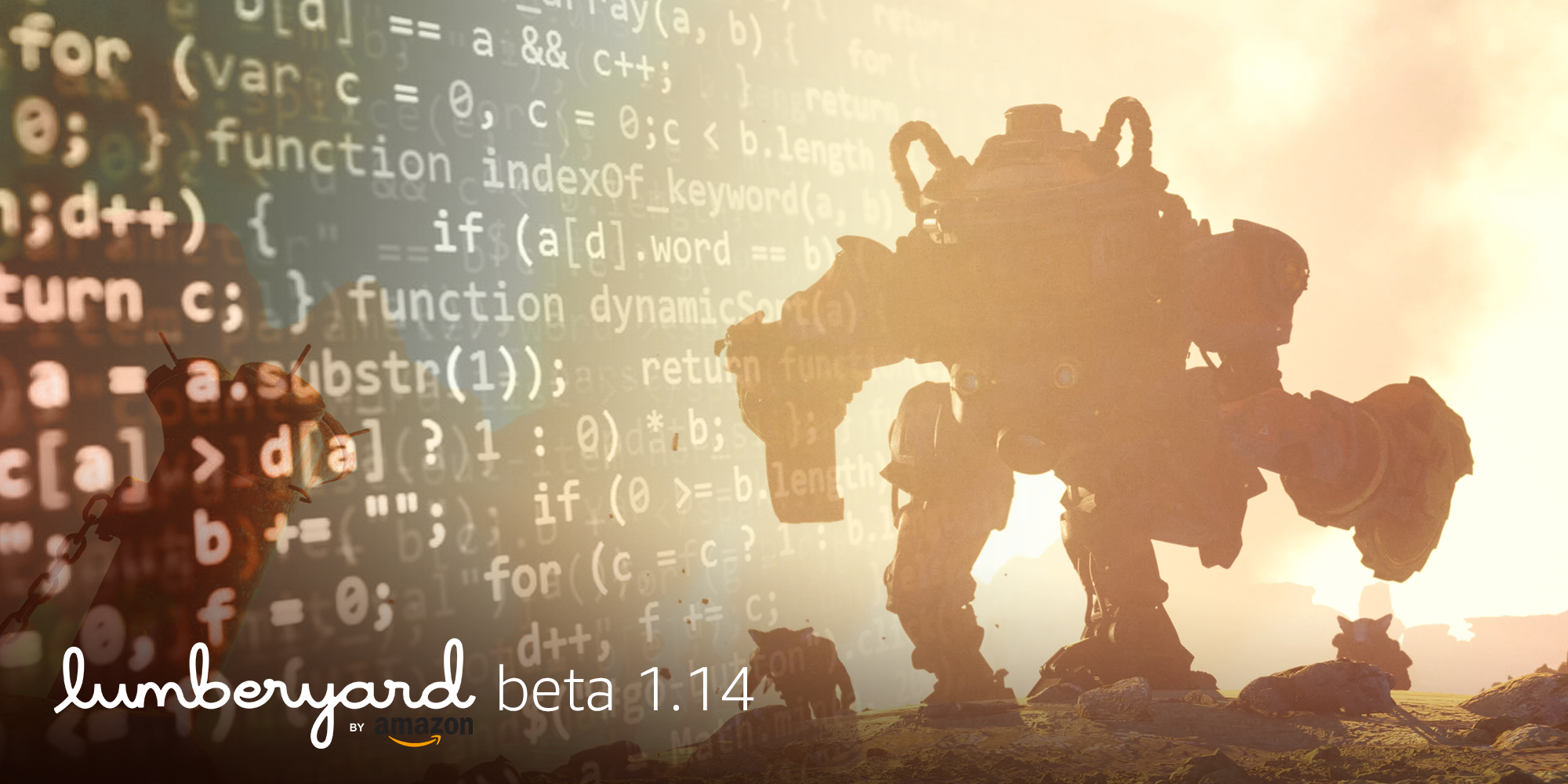 Our push to improve and optimize new systems in Lumberyard continues today with the release of Lumberyard Beta 1.14. Fans of visual scripting, this release is especially for you…

With over 200 updates in this release, we’re excited to roll out improvements and features that continue to help customers build ambitious, cloud connected games–without relying on a fleet of expert engineers to do so. There’s still work to do, of course, but here are some highlights worth checking out:

Storing data is a key part of any scripting language. And now with 1.14, we’re excited to make variables a central part of the Script Canvas experience. With the new Variable Manager, you have immediate access to all your variables and can make new ones easily. Variables can also be exposed as component properties, allowing you to expose values from a given Script Canvas graph to the entity’s component inspector. This helps you customize the behaviors of your graphs as well as the slices that use Script Canvas graphs.

This was one of the most requested features from customers, and we’re excited to finally make it available.

Inspired by Real Time Strategy games, bookmarks allow you to quickly navigate through your graphs with a single keystroke. Just hold Ctrl + any numeric digit to create the bookmark ID in your graph, then use the corresponding number to return to that position. Not only will this help you bounce between common parts of your graph, but it can also provide a quick and practical solution for collaboration. For example, when a designer is handing a graph over to an engineer to help debug – the engineer doesn’t have to sift through the whole graph, they can just pinpoint one area.

We’ve also added updates to EMotion FX, our new Animation Editor. EMotion FX helps you create character animations in as little as 10 minutes with little to no engineering chops, including functionality like blendtrees, state machines, blendspaces, and motion extraction. In Lumberyard 1.14, we’ve included support for Morph Targets, which allow you to animate facial expressions and character body parts in an effort to correct undesired deformation of skinning. You can also simulate deformation of clothing on a character.

Here’s an example of Morph Targets in action with Hope, a character from our “Dream Big, Build Bigger” animation:

4. Plus much more…(including Visual Studio 2017 support)

Create volumes that are affected by wind with the Wind Volume component.

You’ll find a lot more to dig into with Lumberyard 1.14. For the full list of updates, be sure to check out the release notes. Here’s a quick peek in the meantime:

And as always, let us know what you think at lumberyard-feedback@amazon.com!