This post shows how to get started on your journey to build a connected platform for BLE devices. You will build an iOS app using AWS Amplify (Amplify), that reads data from an off the shelf BLE device and publishes to AWS IoT. You will use AWS Cloud Development Kit (CDK) to create AWS Amplify resources that will be used in the iOS app.

This solution uses Arduino Nano 33 BLE Sense (Nano) as an example of BLE Connected Product. The Nano will be programmed to send data over BLE to the iOS Application developed in Swift. The iOS application will publish the data using MQTT from the Nano to AWS IoT. 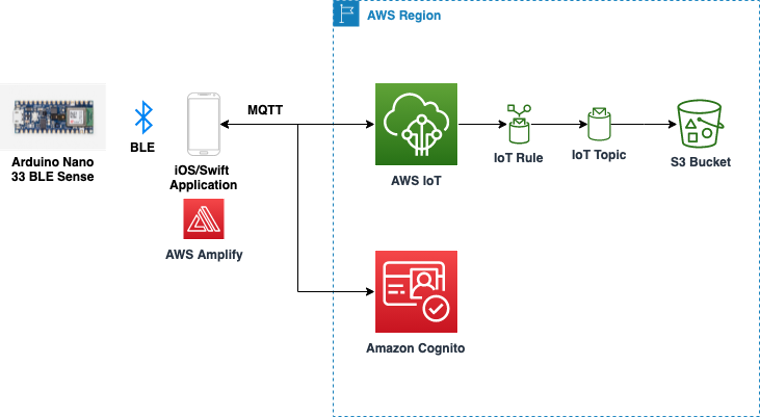 We will have to set up the AWS resources using CDK, configure Amplify to use the resources created by CDK, program the Arduino, and use Xcode for the iOS app.

Code samples for this post and setup are found in the samples GitHub repository.

To get started, clone the code repository on your local machine, and change to the source folder:

You will use CDK to setup the resources required for this project. A CDK stack has been provided in the blexstack folder. This CDK stack will setup resources required for configuring Amplify for the iOS app and additional resources to route data using AWS IoT Actions and Rules. Follow the steps below to deploy the stack (if this is the first time you are using CDK, you would need to run cdk bootstrap command prior to deploy):

The stack creates the following resources and logs the specifics to the terminal:

The values for each of these resources will be used to configure Amplify support in the iOS app. The stack also creates an authenticated IAM role that grants permissions to the app user.

Amazon Cognito identities can be used to grant permissions to AWS IoT. The stack creates an IoT policy. The name of this policy has to be provided to the app. The iOS will attach the IoT policy to Cognito ID of the authenticated user.

Further information and detailed instructions on the CDK stack: aws-amplify-cdk-iot-ble-swift-app/blexstack/README.md 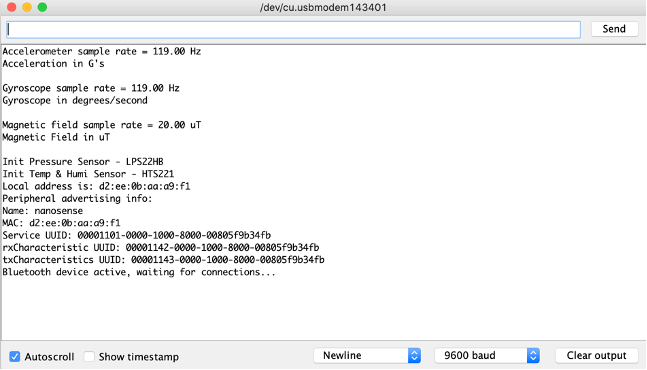 Deploying the iOS/Swift app on iPhone

You will learn how to use the resources created by CDK to configure Amplify support for the iOS application. The steps outlined below can be replicated with the source in the aws-amplify-cdk-iot-ble-swift-app/BLEX folder. You can also follow similar steps to integrate backend resources in your iOS Amplify project. 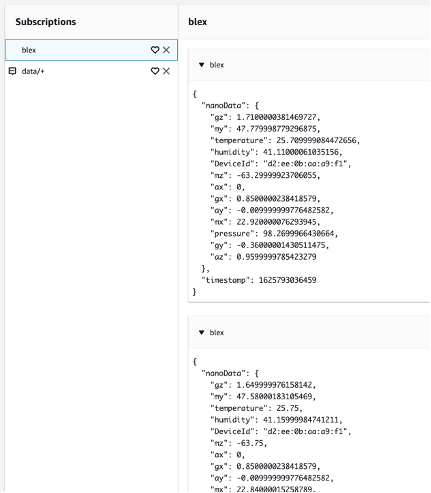 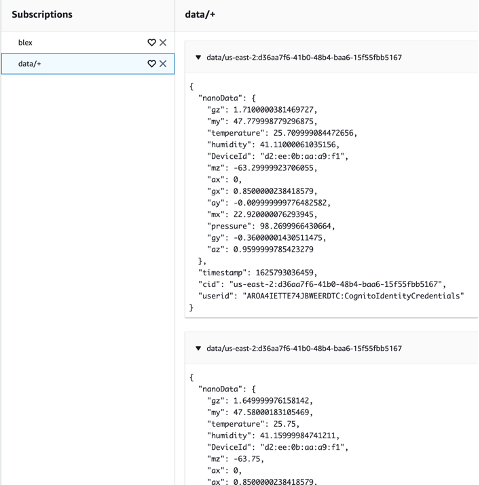 In this blog post, I showed you how to build a BLE-connected solution on AWS, using AWS CDK to create backend resources and using them with to configure Amplify for the iOS App. The post demonstrated reading data from the BLE device, using Cognito ID to grant permissions to publish data to AWS IoT.