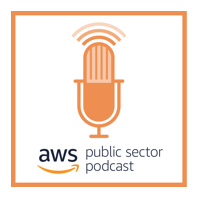 Listen to the audio interview here.

Rob Moss is the co-founder and president of Seizure Tracker – an organization that gives patients, doctors, and researchers the tools to link seizure activity with anti-epileptic therapies. Together with AWS Partner, Element 84, Rob and his wife, Lisa, have grown Seizure Tracker into the largest database of patient-collected seizure data in the world.

But the app is only half the story.

We recently met Rob for a podcast interview to learn about Seizure Tracker’s mission and cloud journey. We came away with a story of hope, frustration, setbacks, progress, and the promise that technology can hold for a disease.

In the episode, Rob reveals himself as part of a broader community of people afflicted by epilepsy. He doesn’t have the disease – but the effects of epilepsy wreak havoc on entire families.

The patient is Rob and Lisa’s son, Evan. He was born with Tuberous Sclerosis Complex, which causes tumors to grow in multiple organs including the brain. By the time he was a toddler, Evan would suffer as many as 400 seizures in a given month.

Like many families affected by epilepsy, the medical journey has been one of trial and guesswork. Still, Rob and Lisa have been steadfast in perfecting their side of the equation: to find a solution for recording, counting, and describing seizures. The goal is to empower people suffering from seizures and their families to play a more active role in finding the best possible treatment.

Rob lays it all out in this episode – the surgeries, the euphoric moments, the letdowns; the technology breakthroughs; the power of prediction using data, machine learning, Alexa, and service animals; and the opportunities that can arise from life’s darkest moments.

Take a moment to listen to the full story here. Learn more about the app for mobile devices and Alexa, and check out Seizure Tracker’s latest research.

Left – Evan at age four after his first brain surgery, a three-stage focal resection, which left him seizure free for several years. Right – Evan at age eight with his service dog, Mindy, who has the ability to detect the onset of some of his seizures.