In this blog post, we demonstrate how to use Mitiq, an open-source library for quantum error mitigation, on Amazon Braket to improve performance when executing circuits on Rigetti devices.

One of the main challenges with today’s quantum processing units is that they don’t execute operations perfectly. Instead, every time an operation is executed, or even when a qubit is just waiting for the next operation, there is a small chance that an error occurs, potentially compromising the results of the algorithm. In the long term, quantum error correction (QEC) protocols, like the one described in this blog post, could suppress these errors by using additional qubits to redundantly encode quantum information, analogous to classical error correction. Such protocols, however, are resource intensive and cannot yet be implemented with the devices available today due to limited qubit numbers and control capabilities. In the meantime, researchers can already improve the performance of quantum algorithms through quantum error mitigation (QEM). While not providing full fault tolerance like quantum error correction, quantum error mitigation provides a practical way to suppress errors on noisy intermediate-scale quantum (NISQ) devices.

Amazon Braket recently launched support for verbatim compilation which offers customers the ability to run their circuits exactly as defined, without any modifications or optimizations during compilation. While this feature enables researchers to run reproducible experiments, e.g., for device benchmarking, running circuits exactly as defined is also necessary for many quantum error mitigation techniques.

A large number of quantum error mitigation techniques have been proposed in recent literature (e.g. Temme et al., Phys. Rev. Lett. 119, 180509 (2017) and Endo et al., J. Phys. Soc. Japan 90, 032001 (2021)), a fact which reflects the importance and timeliness of the subject. The ability to implement quantum error mitigation in a platform-independent manner is crucial for testing, advancing, and ultimately deploying these techniques in applications.

This is why a community of open-source developers and Unitary Fund are developing Mitiq, a Python toolkit for implementing quantum error mitigation on NISQ computers. Currently, Mitiq can be used to implement zero-noise extrapolation (ZNE), probabilistic error cancellation (PEC), and Clifford data regression (CDR) techniques on quantum circuits written in the Amazon Braket SDK, Cirq, pyQuil, or Qiskit. You can use Mitiq with any quantum computer which interfaces with these packages. The Mitiq Github repository contains an example to help you get started quickly with quantum error mitigation. 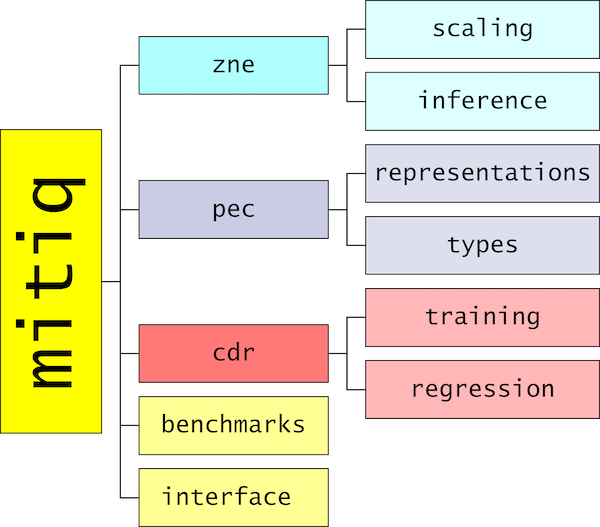 Verbatim compilation in Amazon Braket enables quantum programmers to use Mitiq’s zero-noise extrapolation (ZNE) on Rigetti devices. The ZNE algorithm introduces extra gates into the circuit that normally would be compiled to the identity. However, verbatim compilation ensures the gates are exactly executed as defined, artificially increasing the noise in the computation. After you run the computation at several increased noise levels, ZNE fits a statistical model to the data. You will then use this model to extrapolate the results of the circuit down to the zero-noise limit. 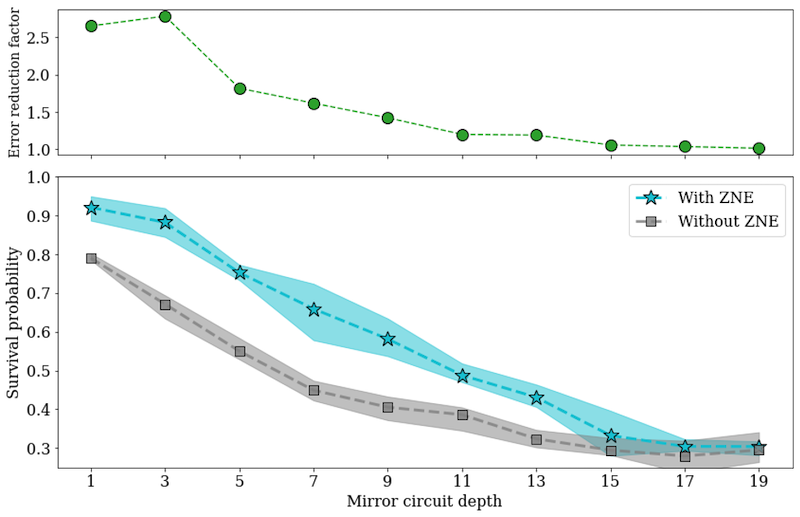 In this blog post, you were able to see a simple way to apply quantum error mitigation on Amazon Braket using the open-source library Mitiq. To learn more about verbatim compilation, follow the available Amazon Braket tutorial notebook or refer to the relevant documentation. To get started with Mitiq on Amazon Braket, see the Mitiq with Braket notebook. To try other quantum error mitigation techniques with Mitiq, see its getting started documentation. The quantum community needs more research and benchmarking to assess the scope of quantum error mitigation and its feasibility at scale. If you are a developer, we’d be happy to accept your contributions to Mitiq. You can also meet other members of the open-source quantum computing community on Unitary Fund’s Discord.