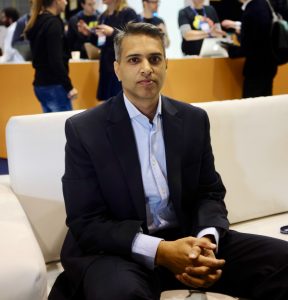 “It’s got to be a sickness or in my DNA.” That’s how Arth Labs Co-founder and CEO Gautam Ivatury describes his penchant for launching startups. Since starting his first company at 22 during the first Dotcom boom and bust, he’s since gone on to start six other companies, including Arth Labs in January 2017. Naturally, Ivatury has learned a thing or two about entrepreneurship from his experiences. His latest lesson is that you don’t want to start a company that’s too far ahead of the market. “The best time to start a company is when people know about something [and] there’s already good demand for the product,” he says. “When you’re inventing the future—although VCs like to talk about that—it comes with a lot of market risk.” Pointing to one of his less successful ventures, a 2010 digital health company that provided digital consultations with doctors in India, he notes that while the company was offering a good product that he continues to believe is the way of the future, it was still science fiction to most people at the time. For more hard-won lessons from Ivatury and what’s next for Arth Labs, listen to our conversation with him from Web Summit.