If you work in the technology industry, it’s likely you’ve been hearing about recent advancements in AI-based video analysis for years now. The tech has seemingly hit its stride, with new services and applications continually popping up to expand and support the ecosystem. For an example, you really have to look no further than Amazon Rekognition, which leverages ML to make it easy to identify things like objects, people, or text within videos and images. 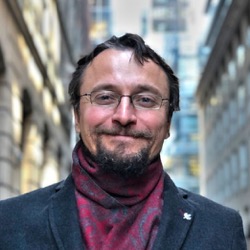 Outside of the technology industry, however, existing enterprises aren’t always set up to take advantage of the latest AI developments. Whether it’s because they have older hardware that doesn’t integrate with newer tech, or they just don’t have the right people on staff to manage integrations, there is often a gap that makes it difficult to take leverage the latest and greatest in video AI. This divide is just where startup VXG operates.

Founded in 2016, VXG was built to be that middle layer between existing enterprises and the newest AI-based video analysis services, like Rekognition. Companies can easily link their existing network of cameras to VXG’s platform and receive automated analysis at scale, effectively making any camera a smart camera.

As co-founder and CEO Yaro Lisitsyn puts it, “Having worked with both video surveillance and artificial intelligence for years, it became evident that there was a growing gap between the two industries. VXG was founded to be the bridge that connects the two worlds to make AI solutions accessible and scalable.”

The Toronto-based team’s customers currently skew towards the retail space, where cameras have long been deployed to record activity, but enterprises haven’t taken that next step to automate analysis. Selling directly to retailers, as well as business insight companies, VXG enables clients to easily extract previously inaccessible information from images or video feeds, such as foot traffic data or conversion statistics.

But really the differentiator for VXG is the scale that they’re able to operate at, in no small part thanks to AWS as an infrastructure provider. Per Lisitsyn, “There are other options on the market that enable AI for video, but they only work for maybe 100 or 1,000 cameras. At VXG we are approaching this from a commercial standpoint, where camera networks span into the tens or hundreds of thousands. That’s why we are really happy to be working with AWS by leveraging Rekognition as an AI engine, as well as hosting our infrastructure with a provider that is built to handle that level of scale.”

Looking ahead, VXG sees a lot of opportunity to expand into new markets, such as real estate or building management. And longer term there could even be applications within the expanding world of smart cities, as local governments look to better understand how to make things run more efficiently.