What is Diagram Maker?

Diagram Maker is an open source client-side library that enables IoT application developers to build a visual editor for IoT end customers. With this visual editor, IoT customers can create and modify any graph-like data, such as state machines or workflow definitions, in a visual manner with the help of graphical UI.

Here is an example of JSON that describes a state machine built inside IoT Events:

A screenshot of three states from IoT Events console: 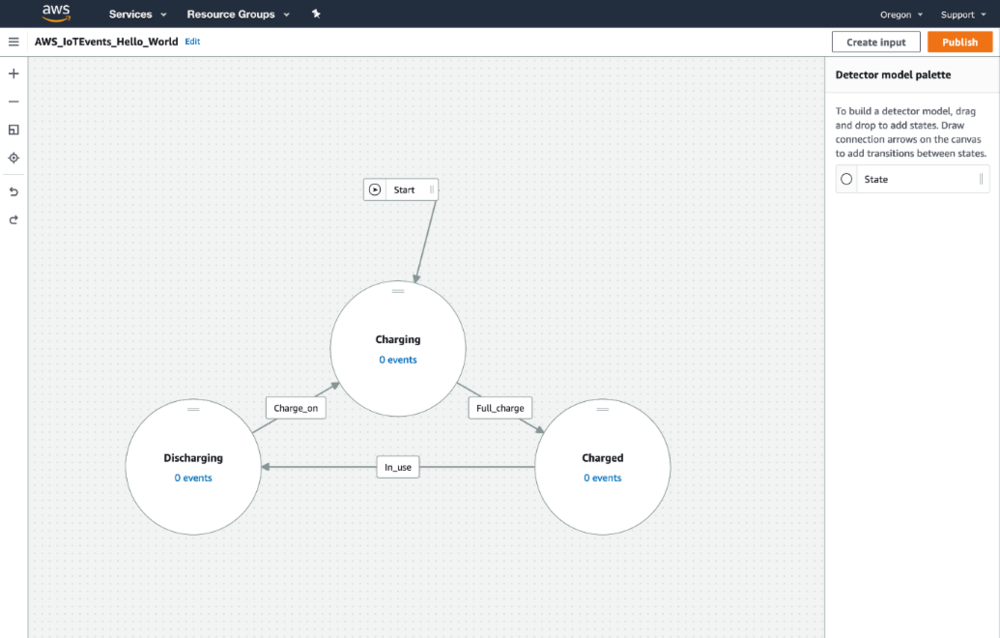 The idea of an open source UI library for building IoT applications isn’t entirely new. There are libraries already existing in the open source community for non-IoT use cases, providing low-level abstractions of drawing lines and shapes without built-in interactions. There are also libraries that provide high-level abstractions, such as nodes and edges. However, these libraries cannot easily be integrated into different IoT applications.

Note: In this post, edge refers to the geometric line that connect two vertices.

Diagram Maker offers a visual experience that is not only consistent with the host application, but also provides application developers more room to come up with their various look and feel with the host application. Released under an Apache 2.0 license, Diagram Maker provides high-level abstractions, such as nodes and edges, and still retains a high level of customization, both in terms of look and feel, and in terms of user experience.

At its core, Diagram Maker comes loaded with features, such as:

With Diagram Maker, IoT application developers can create, move, or delete nodes and the edges. These could represent different entities based on the AWS IoT service. For example, in AWS IoT Events, a node represents a state, and an edge (the geometric line that connect two vertices) represents a transition. Developers can model the location and sizes of nodes, edges, and panels, and Diagram Maker renders these as elements on the Diagram Maker canvas. The rendered UI is fully interactive and lets users move nodes around, create new edges, or delete nodes or edges.

Diagram Maker comes with the ability to automatically lay out a given graph via an API interface. With this API interface, application developers can now undo or redo mutative actions, fit all the nodes inside the view, focus given or selected nodes, and create layouts. With this feature, application developers can easily visualize the relationships by having the layout-related information attached with the resources, even if they are created outside the editor.

Furthermore, application developers can potentially leverage Diagram Maker’s capabilities for use cases outside of IoT. For instance, with Diagram Maker, application developers can enhance the experience for end customers by enabling them to intuitively and visually build cloud resources required by cloud services such as Workflow Engines (AWS Step Functions) or Infrastructure as Code (AWS CloudFormation) to get the relationships and hierarchies working.

Getting started with Diagram Maker

Diagram Maker is available in GitHub.

Along with Diagram Maker, we are also open sourcing the minimap plugin, the first plugin made on top of the Diagram Maker plugin interface. The minimap plugin allows consumers to render a small minimap within a panel of their choice. This is helpful when IoT customers are working on a large graph with hundreds of nodes where navigating this graph becomes complex. The minimap enhances the customer experience by showing an overview of the entire graph and lets customers drag and click on different parts to directly jump to those parts of the canvas. 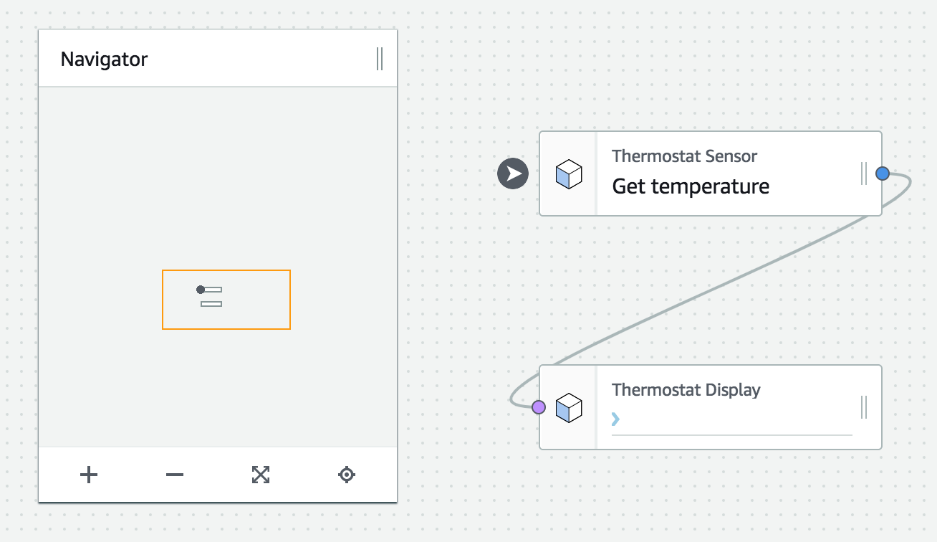 We envision this initiative to grow to a vibrant community of plugin authors who would extend Diagram Maker’s core functionality in innovative ways. These will in turn benefit all consumers of this library both within AWS IoT and other products, and will help our IoT customers make sense out of their IoT data quicker and easier.