Think of an industry that isn’t affected by the digital revolution in any way. One that can keep operating as it has been without any fear of disruption or need for change. When we tried this exercise at a workshop, we also couldn’t think of many. Funeral homes sprang to mind, but managing a person’s digital legacy is also an example of the digital world impacting our lives.

They Disrupt, You Transform

If you are part of a successful enterprise, chances are your business is being challenged, or perhaps even disrupted, by so-called “digital” companies. Those are the players who have no legacy, have nothing to lose, and release software one hundred times a day. Or so it seems, perhaps.

Fact or folklore, to remain successful your business needs to define a strategy that responds to this challenge. To do so, I recommend to first take a step back and have a close look at the definition of disruption:

A development based on a different set of assumptions that question existing norms and ways of working.

The critical point here is that we, as the ones being disrupted, are working under a set of assumptions and constraints that no longer hold true, or at least not for our competition. When things got choppy in the past, the strategy that businesses fell back on was optimization: we reduced our cost base, looked for further efficiencies, and leveraged our economies of scale. Now it’s a different ballgame; we cannot expect to tackle disruption with optimization. Instead, we must transform.

Deriving from Latin, “transform” isn’t a new word by any means. Literally meaning “to change shape,” it’s now commonly cited as the antidote to “disruption.” Etymology aside, it’s apparent that our business environment has dramatically changed shape, so it seems appropriate to change the shape of how we conduct business. What shape that should be, though, requires a bit more consideration.

Transforming means we have to shed old habits and question existing assumptions. It’s easy to think then that we are best off starting over—after all, those digital disruptors don’t have all the legacy that we lug around. However, that would be putting the enterprise baby out with the digital bathwater. Instead, I’d like to share three behaviors that I’ve observed in enterprises that have done well on their transformation journey. 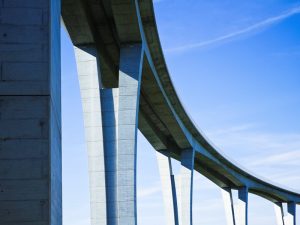 When embarking on a transformation, you must have some idea of what you’re transforming into. The natural target would be to become like those digital companies that are disrupting your business. However, this could be your first major mistake, for two reasons. First, these companies have a different starting point than you do, so you won’t be able to simply copy their operating model. Second, and more importantly, trying to emulate a digital disruptor would negate the key assets that your business possesses, such as physical points of presence or great customer service.

Trying to become like those digital companies that are disrupting established business could well be the first major mistake for a digital transformation.

There are surely some ways of working that you’d want to adopt from modern companies, such as experimentation, frequent releases, or Agile software delivery. Alas, each of these approaches, while often simple at the surface, depends on underlying capabilities and attitudes without which the technique won’t work. Simply emulating observed behaviors without implementing the underlying core mechanisms won’t be more effective than installing a barista and colored furniture in your office.

McDonald’s is one iconic company whose transformation built on its core strengths, including a highly efficient and predictable dining experience. Infusing new digital channels and experiences hosted on Amazon Web Services (AWS) contributed to re-imagining the order, collection, and payment process. 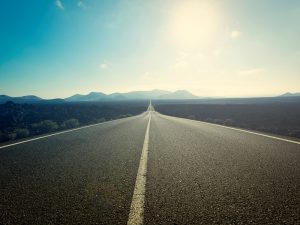 Approaching a transformation like a traditional IT project is unlikely to succeed. It  would be like taking your horseless carriage to a vet. Transformation isn’t a project with a defined start date, end date, and upfront business case. In fact, projects are the incarnation of traditional IT thinking, where IT automates an existing and often well-understood business process to increase efficiency. The digital world works in exactly the opposite way: it’s a journey of continuous learning and discovery, and so is your transformation journey.

The other items that you need to leave behind when embarking on your transformation journey are existing beliefs and assumptions that are, often unknowingly, baked into processes and mindsets. For example, a widespread belief is that change implies risk, manifested by slogans like “never touch a running system.” Implementing a high-velocity, continuous delivery approach will be an uphill battle, to say the least, if those beliefs are still in place. Other examples are a perceived dichotomy between speed and quality—that’s why we do things “quick and dirty” and not “quick and clean.” Interestingly, the digital companies you’re looking to compete with have figured out how to do exactly that through high levels of automation, “shift-left” quality initiatives, and deployment on serverless platforms, for example.

To tackle disruption, you must question existing norms and beliefs. Your main challenge will be that those beliefs aren’t documented anywhere. There are no motivational posters for existing beliefs; those tend to be relegated to wishful thinking. In most cases, folks won’t even be aware that they hold those beliefs. After all,  following those beliefs worked well for them in the past.

Existing assumptions that must be overcome aren’t written down anywhere. Most folks might not even be aware of holding them because they served them well so far.

A third popular assumption is that speed and discipline oppose each other, portraying fast-moving companies as “shooting from the hip.” AWS is an excellent counter-example. We are quite disciplined in our approach, always working backward from the customer, writing press releases before product launch, and starting meetings with a silent readout of a narrative. But we are also widely regarded as being fast moving and innovative, and hence likely deserving of the label “digital.” 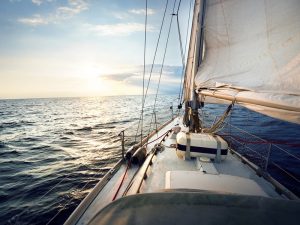 The last observation is that there is no recipe for transformation. It’s a great idea to look at what other organizations have done, but each organization’s journey will be different. Defining the target picture is relatively easy, but knowing which string to pull first on the Gordian knot of legacy systems, processes, and organizational structures is an equally unique and delicate affair.

Transformations require both restlessness and patience—another perceived contradiction. Restlessness gives you the drive to run up against existing rules and processes; starting a transformation with an eighteen-month planning and requirements gathering phase is almost guaranteed to be a failure. At the same time, once underway, you cannot expect overnight miracles. The start-ups that reached one hundred million users with an app written by three developers are usually on their fiftieth iteration and third pivot by the time they make the news.

Measure your progress with metrics that have a direct influence on the customer experience, such as frequency of deployment, performance, or uptime.

To measure gradual progress, make sure you have simple and visible metrics, ideally those that are not only meaningful to your own IT but also to your customers—customer centricity is where many digital disruptors started. Customers will appreciate more frequent updates, fast response to their feedback, reliable operations, and good performance. Achieving internal efficiencies, while desirable, isn’t visible to your customers and should come after your customers are delighted by your products. Else you end up optimizing that which isn’t needed, which was famously described as the most useless endeavor by Peter Drucker.

Bonus: If It Ain’t Painful, Be Suspicious

Here’s one additional bit of advice: transformations are hard. You’re not putting new wallpaper into the living room; you’re taking your two-story house apart and putting it back together as a bungalow. Can it be done? Yes! Will it be easy? Heck no!

More on this topic
What Are Your Cloud Transformation Principles?, Jonathan Allen