Today we’re excited to feature a guest blog post by Travis Boatman & Lloyd Tullues, two of the founders from Carbonated. Carbonated is an independent game studio founded by a team of industry vets who’ve worked on popular mobile titles, including Zynga Poker, Simpsons Tapped Out, Sims Free Play and Madden Mobile. We were inspired by how a small team, starting with just a couple of founders, can aspire to build a boundary-pushing mobile game. Travis and Lloyd are sharing their exciting vision of the future of game development and about their new game built using Amazon Lumberyard and Amazon GameLift. 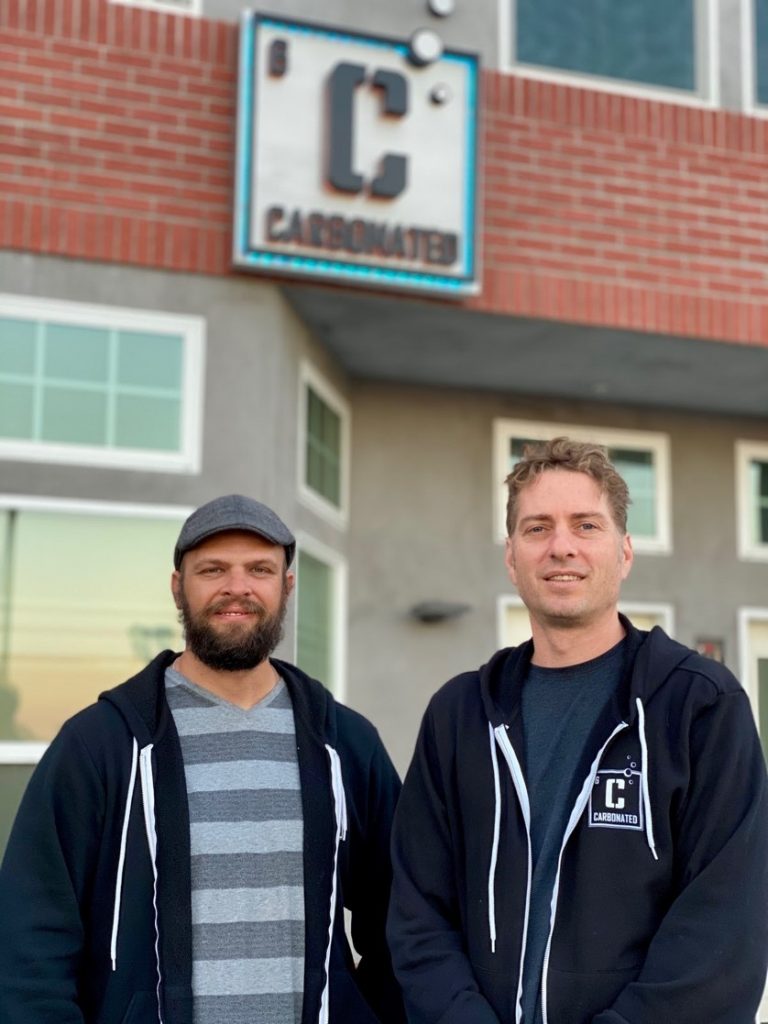 Mobile is the most popular platform on Earth

As devices become more powerful, players are expecting more from their games. We believe a section of the industry is trending toward higher-fidelity mobile games, so we’re building our first game to be well suited to those players.

MadWorld: State of Survival is a real-time, squad-based PVP combat game set in a near-dystopian world with RPG-like character progression. It’s slated for release early this year on iOS, Android and PC. In addition to pushing the boundaries of mobile graphics, we’re placing a lot of focus on artificial intelligence (AI) and multiplayer. MadWorld will leverage AI-driven gameplay so everyone can be competitive, not just hardcore players. We love playing real-time multiplayer games, and believe we’ll see more and more AI enhancing the user experience—no matter if it’s on PC, console, or mobile.

We want to perform at a global scale, so partnering with AWS makes sense. Lumberyard has Amazon behind it in force, and putting that much effort into an engine is really awesome. And GameLift is a godsend for multiplayer servers – we don’t have to reinvent the wheel. 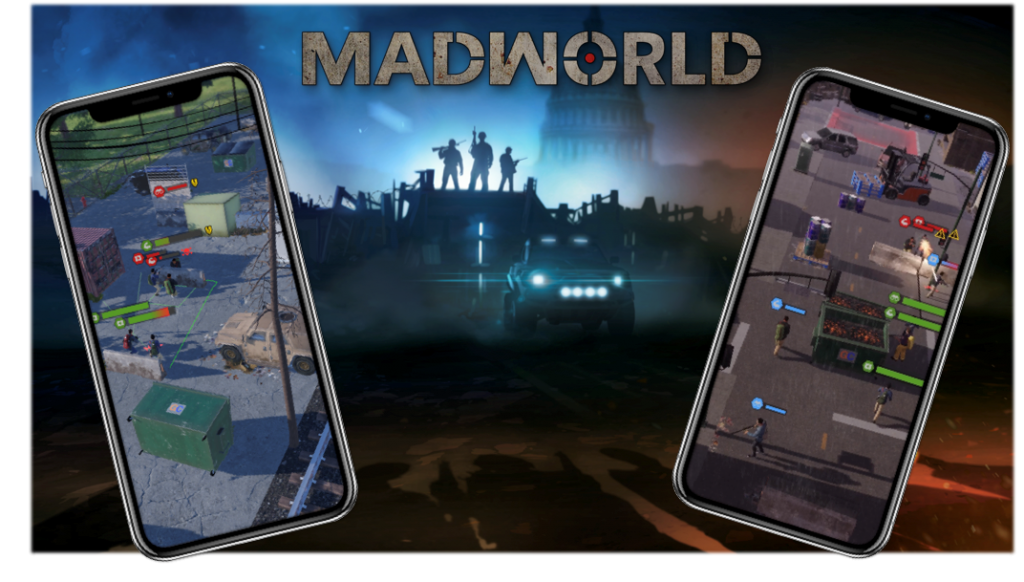 As a company, our strategy is always to invest in off-the-shelf tools and services that allow us to focus on making a game, not building or supporting a lot of custom tech. We started with a need for a performant, native engine with the graphics fidelity and customizability to give our game a unique look and feel, but with as much out-of-the-box support as possible. Enter Lumberyard.

In the beginning, it was just the two of us getting up to speed on the tech and building out the core of the game. We relied pretty heavily on three Lumberyard systems: Script Canvas for visual scripting, the Emotion FX for animation authoring, and the engine’s integration with GameLift for real-time multiplayer.

With Travis on animation and Lloyd on gameplay and backend integration, we were able to get the core of the game built out in a few months. Once we got the core running, getting multiplayer sessions of our game up and running only took about a week using Lumberyard’s GameLift gem.

Once we felt comfortable with the tech stack, the rest of the team was able to jump on board at the end of 2018, and we really hit the ground running in the beginning of 2019. With more folks (and an actual animator), we were able to take advantage of more of Lumberyard’s features, like it’s integrated dynamic content system to set up downloadable content functionality.

With MadWorld targeting iPhone 7 equivalent devices and up at 30 fps, mobile support and performance is key. The good news is Lumberyard comes with out-of-the-box support for our specs. As one of their first mobile teams, the support we’ve gotten from Amazon has been excellent. The Lumberyard team is super responsive and iterates quickly. They’ve made dozens of improvements to mobile runtime performance, including CPU and GPU optimizations to improve frame-rate, reduced app size, support for the latest tool chains, workflow improvements, and a bunch more awesome tweaks. 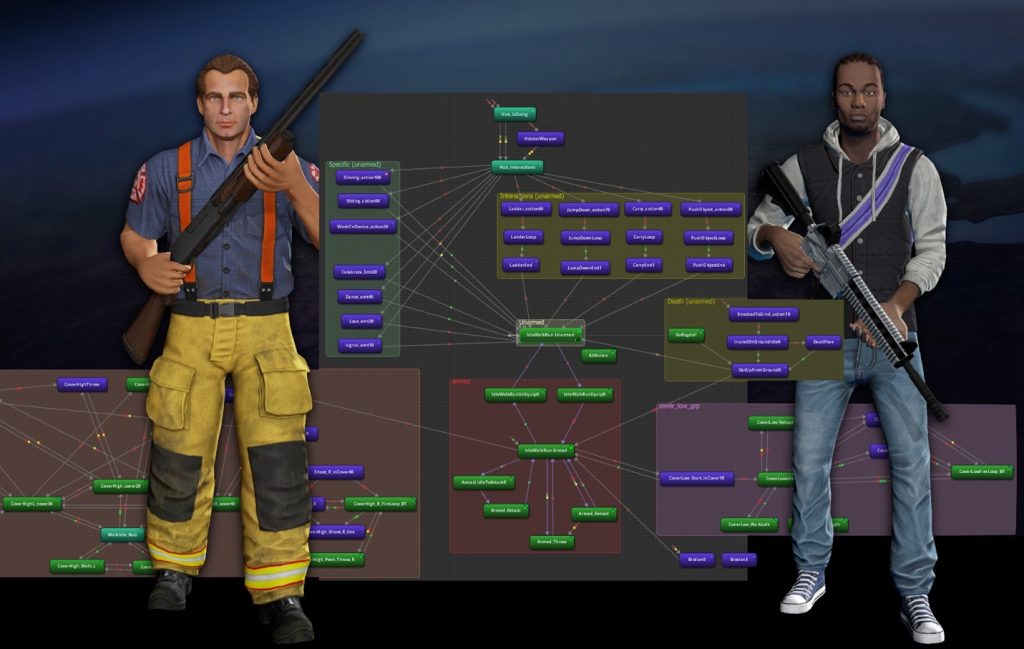 Building scalable multiplayer infrastructures is a complicated, daunting, and time-consuming task. At Carbonated we focus as much of our time on gameplay as possible, so when evaluating multiplayer backends we largely looked at managed, scalable services with as much out-of-the-box functionality as possible to save us precious development time.

GameLift was a clear and obvious choice given its ability to scale multiplayer sessions across global regions using FleetIQ. FlexMatch, in turn, allows us to easily matchmake players into games with robust ruleset definitions, freeing our team up to further focus on gameplay elements rather than inventing new wheels! 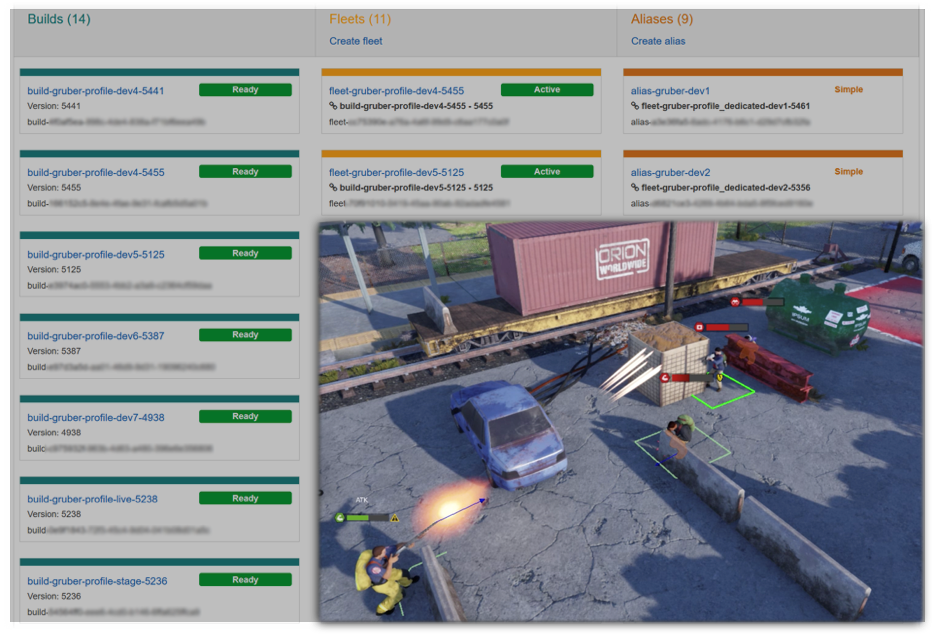 We demonstrated this in action at last year’s Amazon GDC booth with a simple load test: zero to 10,000 simulated players over the course of a few minutes, each player controlling 3 characters. GameLift handled the traffic like a champ, spinning up new instances to meet demand, matchmaking players into 5v5 matches, and finally scaling down once the test was complete.

All-in-all, with its set of features and its ability to scale, GameLift frees us up to focus more energy on our gameplay. Which, for any developer of any size, is massive win. 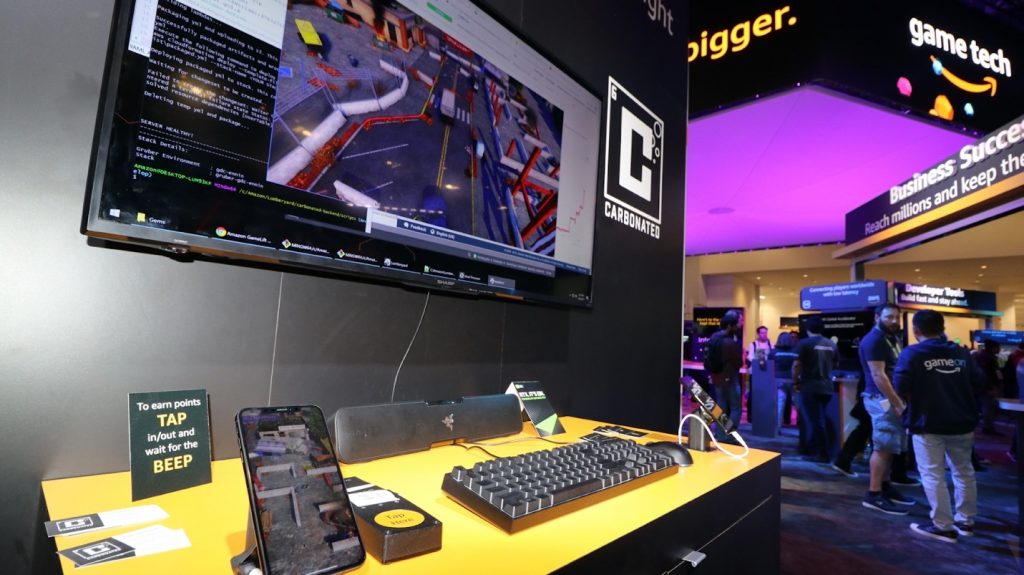 If you want to see Lumberyard and real-time multiplayer action on mobile, follow the development of MadWorld or join upcoming playtests, the best way is to email us at playtest@carbonated.com or follow us on Twitter (@CarbGames).

Lumberyard Beta 1.23 was released last week with over 40 improvements, including the addition of cloth physics, EMotion FX improvements, ease of use updates to the slice system, and more that Carbonated inspired us to do. You can read more about the release here. You can download Lumberyard and try it out for your next game here.

You can read more about Amazon GameLift here. GameLift recently released large match support, which allows you to connect up to 200 players to a single game session, and updated Identity and Access Management features. In addition to Lumberyard support, GameLift offers support for Unity, Unreal, and custom C++ and C# engines.