How Biteable went from 0 to 200,000 videos a month by migrating to AWS

Biteable was growing too quickly for its physical hardware to handle, and the company needed a solution—and fast. The startup, which provides video creation technology to get customer messages into motion, had run its video rendering software on premises. There, it had run into issues as their physical infrastructure struggled to handle fluctuating traffic. The company knew it wasn’t sustainable to buy one physical server after another, so the company turned to AWS to help them save costs and handle their growing infrastructure needs.  And as customers flooded to the tool during a new normal of “digital communication” from the COVID-19 pandemic, Biteable needed more from AWS than ever. 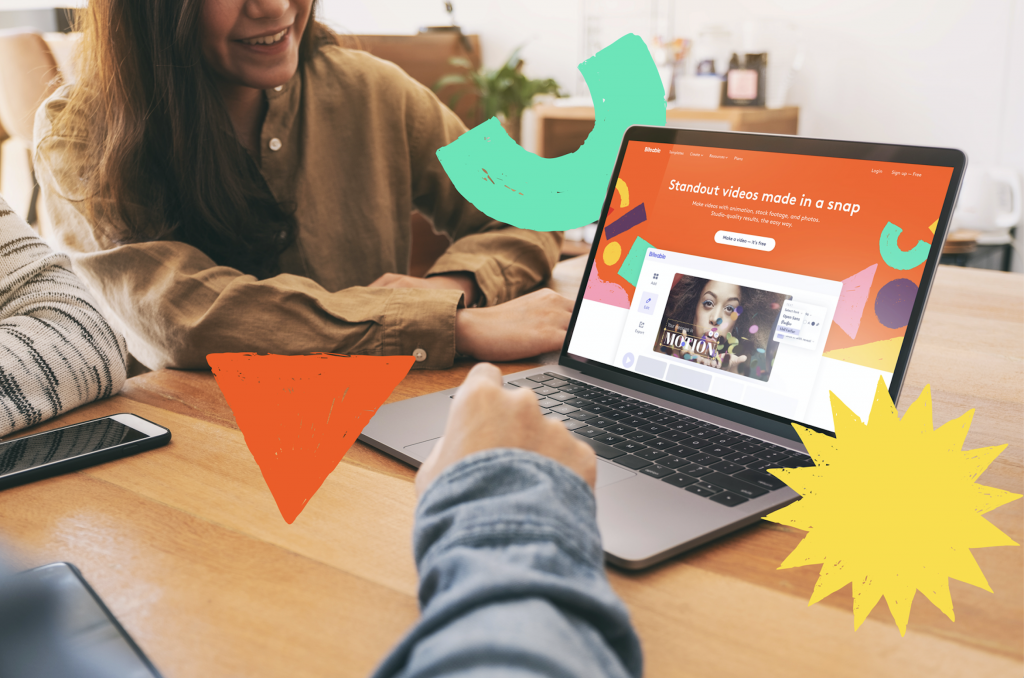 Biteable is a video creation tool focused on empowering customers to get their messages into motion. The company was reliant on a third-party desktop based rendering tool. To leverage the tool, the company ran its render farm on physical servers.

As the company grew, so did its traffic.  Soon, the company was seeing traffic peaks unlike it had ever seen before. While it needed to scale to handle its new influx of traffic, Biteable ran into limitations with their hardware. “We hit the capacity of the physical renderers pretty quickly at peak times.” Tommy Fotak, Biteable’s CTO, remembers the “hassle” of running physical hardware. “As we grew, we needed to be able to scale. Physically buying hardware, locating it and so forth is a bit of a hassle,” Fotak says.

The company knew that continuing to buy physical servers was not sustainable.  Part of this reason was geographical: the rendering servers sat in Tasmania, where the company was  based, and the majority of the company’s users were located in the United States.

Additionally, Biteable faced high costs before their shift to the cloud. It had high fixed costs, because it owned the physical hardware. It wasn’t cheap, or transparent: the company found it difficult to quantify the costs of acquiring new machines, especially when it was hard to gauge physical demand with intense growth. As Biteable again hit capacity of its physical renderers, the company was left with a question. “So we needed to be able to procure more machines, and we didn’t want wasted capacity and we thought: what’s the best way to do that?” Fotak says.

For Biteable, the answer was obvious.

Migrating (and modernizing!) with AWS cloud

The company migrated to AWS to gain the capacity of the cloud, and the flexibility to scale its servers dynamically.

To migrate, the Biteable team launched a Windows Server machine on Elastic Compute Cloud (EC2) to act as a single test rendering node.  The team installed all the necessary tools and configuration as per the physical machines and connected it to a test rendering queue.  Once this machine was working successfully as a render node, Biteable used it to create an AMI and launched more nodes for the queue and sent production like traffic to the pool.  After confirming that performance was acceptable, the team switched the pool over to listening to the production rendering queue and scaled down their physical hardware.

Once on AWS, Biteable began using AutoScaling groups for handling their render loads and moved its web app and database onto AWS Elastic Beanstalk and Amazon Relational Database (RDS) with zero downtime. Frankly, Fotak says that “logging into these virtual Windows servers versus being at a physical one and installing all the tooling that we needed was pretty straightforward.” The migration was seamless, and ultimately, he was “very pleased with how easy it went.”

But Biteable’s transformation didn’t stop there. The company decided to create a proprietary tool for rendering videos, as it needed more flexibility than its Windows-based third party tool could offer. On top of that, the Windows OS licensing added costs for the company. So Biteable turned to serverless technology, building a new tool running on AWS Lambda. The company chose to use Lambda based on its scalability, among other things. In Fotak’s words, “we get the scale and the performance out of Lambda that we need. Before, we had to set up an auto scaling group of a bunch of Linux servers or Windows servers. While that works great, it is more complicated than Lambda.” He adds that “Lambda is faster to scale, cheaper, and does the job in our new architecture.”

The results were significant: Biteable was able to solve their limitations with scalability and reduce up-front costs by paying for demand rather than having to forecast computing requirements, “this pay as you go for what you use is vital to growing startups like Biteable,” Fotak says. Leveraging Auto Scaling Groups and Spot Fleet further increased the company’s cost efficiency “as opposed to us having wasted capacity if we had physical hardware.”

The COVID-19 pandemic caused another increase of traffic, but Biteable was able to handle the added traffic on AWS.  Even before the pandemic, Biteable had various spikes in traffic. Often, classrooms would flock to Biteable to create videos for engaging class presentations. The spikes peaked during the pandemic: with educators, businesses and more seeking creative ways to communicate with their students and colleagues and wanting to keep their audiences’ attention.

Thankfully, the company was able to scale to meet this increased demand with AWS. “Without it, we wouldn’t be where we’re at today, at least not as quickly,” Fotak says.

As the company continues to grow, Biteable plans to take advantage of other AWS services. Fotak says the company is looking at AWS Fargate as its Serverless needs grow past using short-running Lambda functions and a return to Spot Fleet EC2 instances for other computing requirements.

But its AWS journey won’t stop there, and Fotak is sure that Biteable will have the resources it needs to accommodate future growth. “If you’re confident that you’re going to grow and scale and want to take the guesswork out of it, the elasticity of what AWS offers to scale up and scale down and the number of services it offers makes it very compelling.”