Meet the Women Building AWS Technical Communities Around the World

At the center of the AWS technical community are community-led AWS Meetups or User Groups – now over 300 in more than 75 countries. These groups meet regularly to learn about AWS products and services, network with others, gain programming best practices, and more. As these communities continue to expand, it’s exciting to see new communities being formed in smaller, emerging markets, as well as ones focused on underrepresented communities.

This fall, AWS launched a diversity scholarship program, inviting engineers to re:Invent on a full scholarship who help lead or co-lead an AWS-focused User Group in an emerging market who also identify with an underrepresented community.

Please meet the 2018 AWS re:Invent User Group leader diversity scholarship recipients, and learn about their experience at re:Invent and how they plan to take their learnings and share with their local communities. 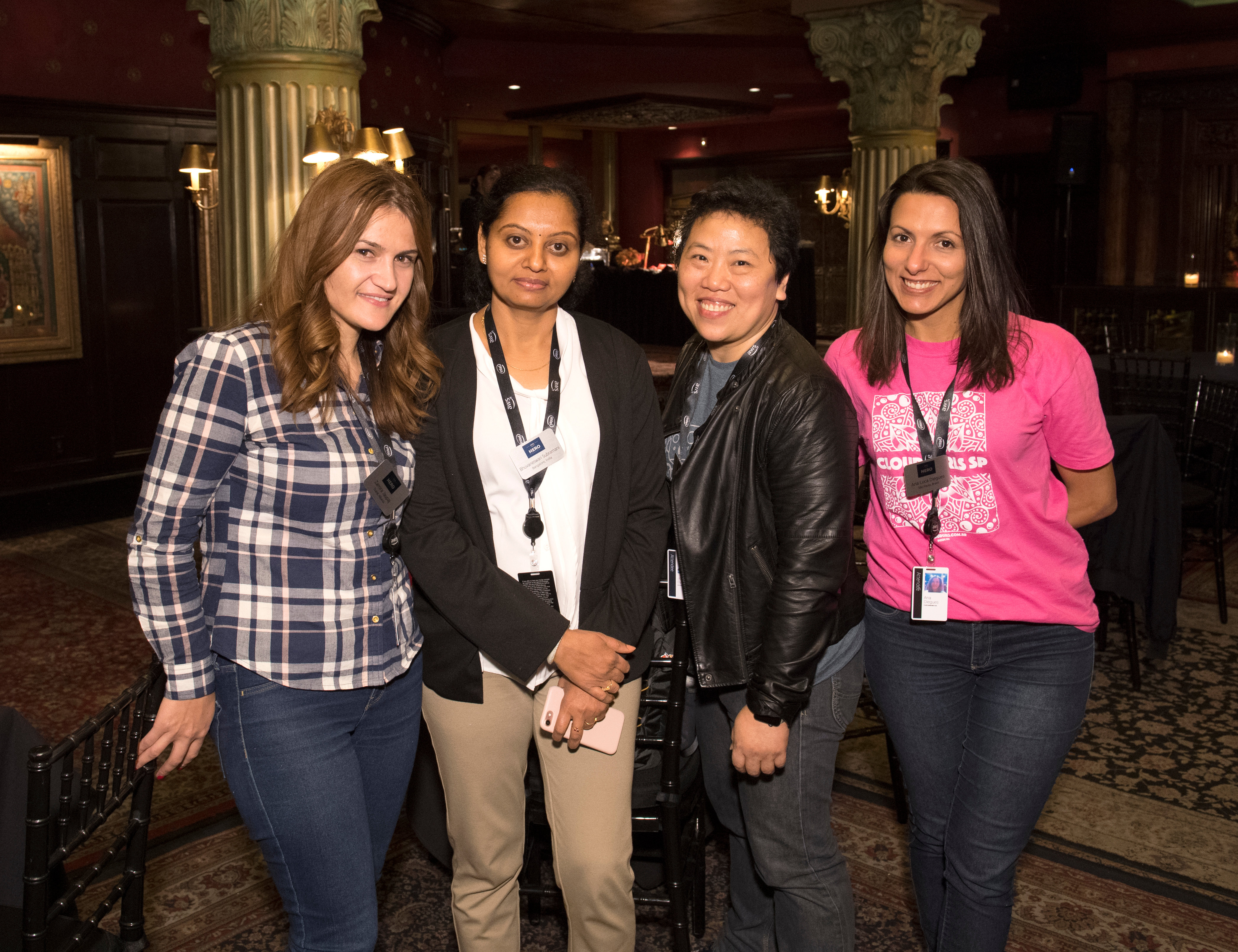 This was my first time attending AWS re:Invent, and I came back with an increased knowledge of how cloud can help my community. It was the greatest experience of my life and I’m honored I could take advantage of the incredible education and networking opportunities. I learned many tips for navigating new AWS products and features, and I took back a week’s worth of memories that will last for a lifetime. Re:Invent had a profound impact on my career, offering a broad agenda of workshops, presentations, and technical sessions. We could share ideas and learn new skills and best practices that will help me grow the AWS community and spread cloud knowledge in Albania. Specifically, two startups in Albania are focusing their business on the AWS Cloud, so I’m planning to connect some members of our User Group to this startup. Also, next year I’m planning to do the first AWS event in Kosovo.

I have been closely associated with the AWS User Group Bengaluru for the last couple of years, where I have participated in many community-led learning events. I presented a Migration Story: Agile to FDD in light of AWS at the AWS Community Day 2017 in Bengaluru and I was the co-organizer of the AWS Community Day 2018 Bengaluru, where I presented a paper on CI / CD using AWS Developer Tools.

At re:Invent, we had a great opportunity to network with the AWS team, AWS Community Heroes, and leaders from AWS User Groups across the globe to understand the impact they have made in the AWS community. I learned how to harness the power of community-led learning and how it can benefit a larger audience through meetups and workshops. I will continue to advocate for diversity through the AWS User Group Bengaluru. Our community is inclusive and whole-heartedly welcomes diverse cloud AWS enthusiasts, from all walks of life, to be part of our journey.

Through Meetup.com, I decided to attend and volunteer as one the founding members of the AWS User Group Central Visayas Philippines. We had our first meetup on April 20 and had our last meetup for the year on December 14.

When I found out I was selected for the AWS community leader re:Invent diversity scholarship, I was ecstatic. I had no idea that I was being considered for such an opportunity. The keynotes announced so many new things to explore. My 2019 will be filled with exploring Amazon Quantum Ledger Database, Amazon Forecast, and Amazon Personalize. I’m also hoping to play with Textract this month. What stood out for me the most at re:Invent was meeting and getting to know the other awardees: Bhuvaneswari, Zamira, and Ana. They are amazing, knowledgeable, and passionate women. To be considered as their peer is quite an honor. I am excited to what I learned from re:Invent workshops to our local community.

Attendance at the AWS UG São Paulo by women is traditionally less than 10%, so the User Group leader and I decided to create a separate group just for women – Cloud Girls São Paulo. The first meeting in April 2017 had 90 women attend; the second meeting we had 120 women, and we now have more than 4,400 members! Last month, we started a Cloud Girls group in another state in Brazil (Rio de Janeiro), and at the first meeting, we had 90 women attend.

It was unbelievable to be selected to receive the re:Invent User Group leader diversity scholarship! This provided Cloud Girls visibility to global community groups. At the re:Invent meeting of AWS community leaders, we discussed more broadly how to increase diversity in local groups. Despite the distance and cultural differences, the problems are similar. We decided to have a unified event between the Cloud Girls (AWS UG São Paulo and AWS UG Rio de Janeiro communities) to host a large re:Invent recap event. We are also planning events with the communities in Helsinki and Japan, and we are working on a proposal to engage high school girls before they select courses at the university. I came back dedicated to make 2019 more productive and Cloud Girls bigger and better.

At AWS, we believe the future of tech is every color, gender, belief, origin, and community. Our We Power Tech community brings together allies and leaders who are building technical skills and inspiring the next generation. It was an honor for us to meet these four incredible engineers at re:Invent. We are deeply appreciative of all AWS User Group leaders—from all backgrounds and representing dozens of countries around the world—who help make the global AWS community thrive.