Secure Network Connections: An Evaluation of the US Trusted Internet Connections Program 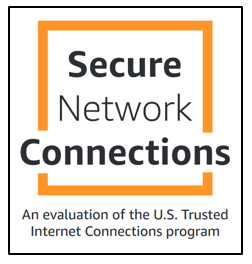 Access the first guide in the new AWS Government Handbook Series: Secure Network Connections: An evaluation of the US Trusted Internet Connections program.

As a global first mover, the U.S. Government has invested considerable time in developing approaches to network perimeter security. However, while these approaches have been operating in the traditional IT space, additional innovation and iteration is necessary to better align with newer, non-traditional technologies, such as cloud.

This document discusses the following:

We are encouraged by the government’s evolution that has moved them toward innovative, cloud-adaptive solutions to achieve network perimeter monitoring objectives in the cloud. We are committed to ongoing collaboration with the governments worldwide that are evaluating the merits, best practices, and lessons learned from the TIC program.

Look for the next handbook in the series coming later this year.