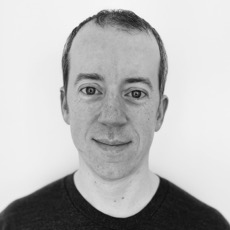 Communities are vital to the health of individuals and companies, but they can be sprawling, disjointed, and difficult to grasp—especially online. Enter Common Room, which co-founder and Chief Architect Tom Kleinpeter describes as a community-intelligence platform that provides a single view into everything that’s important in your online community, across all the different places it might be happening.

Community exchanges—from complaints, to requests for help, to feedback—often occur across many separate platforms, like Twitter, Slack, Intercom, Shopify, and more. Common Room compiles these interactions and mines them for what matters most, providing a deeper and clearer perspective on the health and metrics of a community, and the individuals or organizations that are engaging with it.

“If somebody has 20 minutes a week to interact with their community, how can you make sure that they’re seeing the most important feedback from their customers?” That’s the open question Kleinpeter and team are looking to answer with Common Room.

Many of the startup’s customers are developer-focused companies, like Imply, a provider of data analytics solutions. “Historically, developer tools are just complicated, so having a community of people that can talk about it and help each other is particularly valuable,” explains Kleinpeter. But they also work with companies outside the developer space—like Figma, a design tool with a rich online community.

Common Room sorts through an immense and diverse array of data—Tweets, GitHub comments, Slack messages—to homogenize and unify everything into one place. This presents unique engineering challenges, at the heart of which is the issue of “surfacing signal and meaning from the community,” as Kleinpeter puts it. AWS machine learning services facilitate this process. 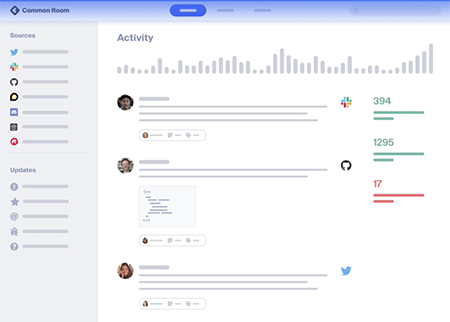 Amazon Comprehend’s sentiment analysis allows Common Room to identify not only the negative comments in the community—who’s angry? who’s upset?—but also the positive feedback. For example, “If you wanted to make a wall of love of all the best stuff you’ve gotten from your community, you can and should do that,” says Kleinpeter, “That’s super motivating for people at a company.” As Common Room looks to the future, they’ve started experimenting with custom classification and key phrase extraction.

Common Room also relies on other AWS services like Amazon RDS, Amazon S3, and SQS, technology that Kleinpeter appreciates having “just an API call away.” And using AWS Fargate to run containerized applications allows Kleinpeter to keep the company’s developer and production environments exactly the same, while making scaling things up very easy. Security is also much simpler than it would be on a physical machine. These are key features for Kleinpeter, who views “building things as simply as we can” to be a central facet of his job. “Early on, we wanted to pick a simple architecture that both provided guardrails and was simple enough for everyone to understand.”

This streamlined architecture provides the foundation for Common Room to ultimately create easier-to-understand views of communities for its customers. “This is the first step—visibility. I think there’s probably a lot more we can do going forward,” says Kleinpeter. He envisions Common Room building on their current work, finding new ways to foster connections, and becoming an indispensable tool to run communities.

And the company looks to be well positioned to do just that. With roughly $52 million of venture funding in the bank, which includes a sizable $32.3 million Series B in April 2021, team Common Room has plenty of fuel to propel continued growth.