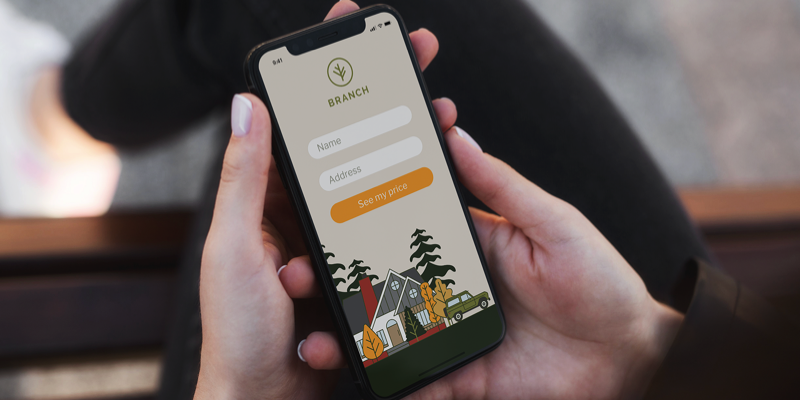 Do those slogans sound familiar? It’s probably because insurance companies heavily invest in marketing, bombarding us with varying messages that try and attach a sense of fun and security to an industry that counts a huge proportion of adults in the United States as potential customers. The necessity of their products predictably creates a massive market, one that some estimate totals roughly $273 billion annually. To benchmark, that’s comparable to the U.S. consumer electronics’ total addressable market in 2019.

Despite existing insurance companies best efforts, the process of buying home or auto insurance, let alone bundling them together, is rarely easy or clear. Rates change, coverage is confusing, and understanding why is anything but intuitive.

New companies have recognized this traditional complexity as an opportunity. Today, startups like Branch Insurance are radically simplifying the insurance experience for customers.

Founded in 2018, Branch offers the ability to buy bundled home and auto insurance online at a price much lower than existing players can give. To understand how they do this, it’s helpful to understand how traditional insurers have historically bundled policies. 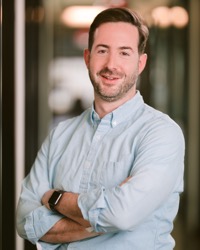 Perhaps unsurprisingly, an industry as old as insurance isn’t exactly optimized for modern customer needs, per company Co-founder and CTO Joe Emison. “Before Branch, bundling home and auto insurance was an expensive and opaque process. It would start with a customer likely purchasing an auto policy, and then being offered a fake price for home coverage by that same provider. The catch is, that provider would then send the customer to another call center owned by another insurance company that will then sell you their product.”

Not only is that an inefficient process, but having multiple different providers involved also causes prices to bloat. Each company takes a cut, which results in anywhere from a 7% to 13% increase in costs for each customer, according to Emison. In an industry as big as home and auto insurance, that percentage of excess presents a large opportunity to trim some fat and optimize.

With Branch, 90% of the users that come to their site from Arizona, Ohio, Illinois, Texas, and Missouri—the states the company currently supports—are able to just enter in their name and address to get a bindable price for bundled home and auto insurance. No calling one agency just to get connected to another, and then ending up with an inflated price.

The startups’ roots can be traced back to the two co-founders’ previous jobs. Prior to Branch, Emison founded various startups, one being BuildFax, a provider of building permit data to customers like hedge funds or insurance companies. That’s how he met Branch’s other Co-founder, CEO Steve Lekas, who was running data operations at Allstate. Emison spent the next few years launching and operating his own startups, while Lekas rose through the ranks of Allstate. While he was there, the insurance giant acquired a smaller company called Esurance. Lekas was tasked with launching new products at the recently acquired company. He then moved to Verisk (one of the two largest insurance data companies in the world), eventually managing their largest business segment: home and auto. 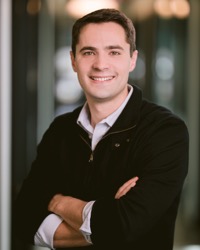 All that time in the insurance industry gave Lekas a prime view into its inner workings, and all the inefficiencies to be solved. When he was ready to jump ship and launch his own company, he realized he needed a technical co-founder and pitched Emison, who saw hopping on board as a no brainer.

From a technical perspective, managing insurance policies at scale is no easy feat. Each contract is heavily regulated, complicated, and long. Filings frequently contain over 10,000 pages of content, and governments require a full audit history for any changes that are made.

To manage this complexity, Emison and Branch turned to AWS and its purpose-built services, like AWS AppSync, AWS Lambda, and Amazon DynamoDB.

“The existing tools for the insurance industry are really dated. Because of that, we’ve done a ton of custom internal development, along with leveraging many AWS products. It’s been great to have services like AppSync, Lambda, and DynamoDB that work together to take a lot of the development time off our plates. For example, AppSync lives in our API hub, where it shuttles traffic that contains authentication information to Lambda functions. This controls what privileges a user should be given. DynamoDB is a great tool for storing full records, as you can set triggers within its streams. If there’s a failure, DynamoDB will either keep retrying or make sure you can’t move on until it’s processed. We love these architectural models and didn’t see them in other offerings in the market.”

It’s worth noting that Emison has written and talked extensively on the topic of serverless architecture. Feel free to read or watch to learn more about what he sees as its main benefits, such as its ability to decrease the amount of back-end code needed and reduce technical debt.

The team also chose to leverage AWS Amplify to speed up their development cycles, per Adithya Reddy, Full Stack Engineer at Branch. “We chose Amplify libraries because we believed it would accelerate our development speed and time to market, it did just that. Amplify libraries, particularly the authentication feature, moved us so much quicker to MVP phase and onboarding customers. Amplify invoked the many steps needed to create an authentication flow so we just didn’t have to think about, the Amplify library did it out of the box. I credit Amplify for getting us to market 6 months faster than if we had not used it. As our business continues to scale, Amplify also allows us to customize AWS services to match our business needs, this has been another important aspect of getting started with Amplify.”

For the future of Branch, it’s all about expanding into new markets. Currently live in five states, the company is looking to be available to over 50% of the U.S. population by the end of 2020. With $8.5 million in venture funding secured, their expansion will be a welcome arrival for insurance consumers seeking clear, streamlined, cost-effective insurance options amid a sea of confusing and costly alternatives.