By Jason Harris, Evangelist at Panoply

Have you ever noticed that when businesses talk about data, they often use metaphors having to do with water?

Data “flows” throughout an organization and has multiple “streams.” We build “pipelines” to get data where it needs to go. Data can “trickle in,” or an unorganized approach can leave hapless users “drowning” in data.

There’s a good reason why companies talk like that. Just like water is the stuff of life, data is the lifeblood of any sophisticated business today. In the same way plumbing makes modern life possible, a well-maintained data infrastructure is a crucial foundation on which the health of a business depends.

In this post, I will examine how replacing an inflexible, legacy data system with a cloud data warehousing solution can open the “floodgates” to new opportunities.

We’ll take a close look at the experiences of Fresh Water Systems, a business based in Greenville, South Carolina, that recently worked with Panoply to fully modernize its approach to data management.

Built for the cloud, Panoply delivers fast time to insights by eliminating the development and coding typically associated with transforming, integrating, and managing big data.

Wringing Out Value from Legacy Systems

Making water safe for people to use is the mission of Fresh Water Systems, a company that was founded 30 years ago and started out by installing and servicing commercial water coolers.

Today, Fresh Water Systems offers thousands of water filtration, purification, and treatment products from an array of manufacturers. For example, almost 15,000 pharmacies in the U.S. rely on Fresh Water Systems as the exclusive provider of a water treatment and dispensing system that meets quality requirements for reconstituting and compounding medications.

But as the company grew, its data infrastructure didn’t—at least not at first. Before Fresh Water Systems implemented a cloud data warehousing solution, their data was managed using a legacy system, says John Wessel, the company’s director of IT and data manager. This system was inflexible, making new integrations and connections to other data sources resource-intensive.

As Fresh Water Systems has grown, the amount of data and platforms they leverage has increased as well. The company needed a data warehouse that would adapt and grow with them into the future. Wessel began leading the implementation of a much-needed cloud data management platform.

Diving into a Modern Approach

Wessel proposed a vision of cloud-based data management to his team and was faced with initial opposition. They had been reporting out of the production ERP database (Microsoft Great Plains) and needed some extra convincing.

Upon consideration, Josh Sutphin, operations engineer at Fresh Water Systems, started to understand the current load on the production database and became supportive of the new data analytics management solution. The team knew something had to change, and the timing seemed right.

“We wanted something fully hosted, columnar, and we preferred Panoply because it’s built as a layer on top of Amazon Redshift,” says Wessel.

When implementing Panoply, Wessel immediately noticed the solution’s speed and ease of use. Of the setup process, he shared, “Once I started using Panoply, when I added data sources and data was pulled in and accessible within minutes. I realized I had to do zero ETL. That was huge.”

Previously, the team had used Microsoft SSIS to run dozens of Extract, Transform, Load (ETL) packages. Unfortunately, these packages would fail and it was rather laborious to fix them.

On one occasion, it took the team several hours to find a server with the correct version of Business Intelligence Development Studio to open one of the legacy .dtsx packages for repair. Even after the package was opened, it was often hard to diagnose problems as none of the original authors were still on Fresh Water System’s IT team.

In addition to Panoply, Fresh Water Systems also implemented Stitch Data for ETL, which opened up many data sources for easy access. Throughout its data management, the company uses many of Panoply’s native data connectors, such as web analytics, e-commerce, and digital ads platforms to trace how performance drives browsing and purchasing on Fresh Water System’s store.

Data on Tap, Ready on Demand

Now that Fresh Water Systems operates on a cloud-based data management solution, the company has optimized IT staff times and project management, according to Wessel.

“We have strategic partners now, such as Panoply, and have saved many costs and long-term headaches,” says Wessel. “Previously, we had to maintain database indexes, conduct nightly backups, plan for disaster recovery scenarios, and watch for blocking in the production database.

“On one particular day, the entire ERP system had resources deadlocked due to a larger report being run,” he adds. “This resulted in not being able to take phone orders for a period of time. We are glad to be past that.” 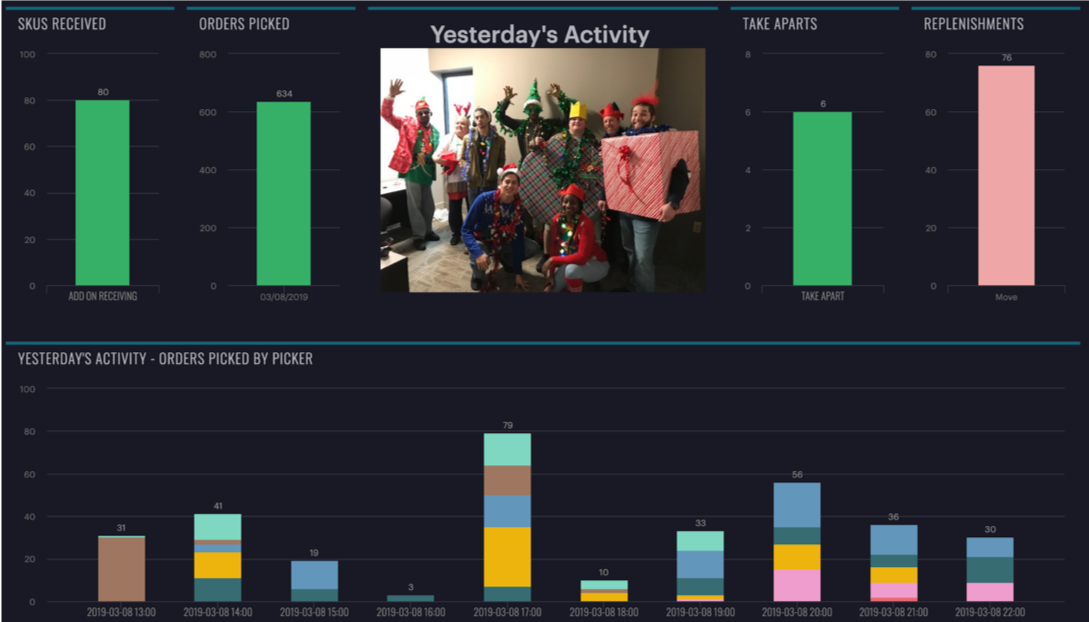 Fresh Water Systems has also been able to access its e-commerce data seamlessly. Utilizes Shopify, and with just a few clicks, the business was able to access its data for querying and analysis. Wessel says, “I easily saved two months of work with that single data integration alone.”

Finally, the company’s marketing department is able to access data easily and frequently for key performance indicator (KPI) monitoring and reporting. Company executives have even begun exploring data because it’s so much more accessible now, and more accurate.

Fresh Water Systems’ IT team is excited about adding more intelligence in their business layer using DBT (Data Build Tool). In combination with Panoply, DBT will provide a robust layer that acts as a single source of truth for all departments to be able to run their respective areas.

“Two years ago, we never thought we could move this fast, and here we are now,” Wessel says proudly.

Soaking in the Success

In teaming up with Panoply, Fresh Water Systems found multiple benefits from letting go of a legacy system that was holding them back. Upgrading your company’s approach to smart data management can drive results that weren’t possible before, including:

It’s clear that upgrading and modernizing your data pipeline can integrate multiple streams into one place, and take your data-driven insights from a trickle to a flood of new knowledge.

Panoply is an AWS Data & Analytics Competency Partner. Built for the cloud, Panoply delivers the fast time to insights by eliminating the development and coding typically associated with transforming, integrating, and managing big data.