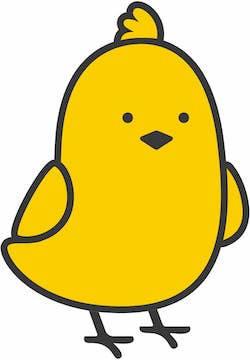 When the social media revolution began, e-commerce sites mostly catered to English speakers, which left out a huge population of would-be participants. Koo, a microblogging platform based in India, noted the lack of inclusivity and made it their mission to create an app that is accessible to the entire spectrum of languages spoken in India. “How do we give them a platform so that everyone is able to share their thoughts, their opinions, without any language barrier?” asks Phaneesh Gururaj, President of Technology at Koo.

Koo originally started with just three languages—English, Hindi, and Kannada—and expanded from there. “Just yesterday, we added four more languages,” says Gururaj. “We plan to cover most of the primary languages spoken in India, which will be over 20 as we scale up. And this is just India.” They have also added—and plan to continue adding—different Nigerian dialects.

For creators, the process is straightforward. After they make a piece of content, they have the option to translate it into the language of their choice. Koo automatically does the translation and the transliteration, then shows the creator a preview before they post it. “Once the content is posted, the content is able to reach those who speak many other languages,” says Gururaj.

One major hurdle for Koo is that their software must have a rich, complex understanding of each language in order to translate not just literal meaning, but also the sentiment beneath words and phrases. “We want to be a part of the journey where we enrich our own language models with the content that we generate and go into that virtuous cycle of ensuring the model accuracy also increases,” says Gururaj. While there’s no shortage of data when it comes to NLP (Natural Language Processing) for English, Koo must pioneer their own models for many of the more obscure, or less widely utilized, languages. Koo employs AWS’s machine learning orchestration platform, Amazon SageMaker, which they combine with their own machine learning services.

As they scaled to millions of users, they observed both performance and replica lag issues and turned to AWS’s relational database service, Amazon Aurora. Post their migration to Aurora, the customer observed 20% faster query performance, no replica lag, and better storage scaling experience. “I think AWS has been a great partner for us,” says Gururaj, “A lot of the team we have assembled in the last five, six months, they all have come with a good knowledge of AWS…So there’s a lot of collective intelligence.”

Koo also employed Amazon Elastic Kubernetes Service (EKS), which assists in creating, scaling, managing, and terminating nodes for their cluster, to help a customer team that was manually scaling their Amazon EC2 cluster to meet a massive surge in traffic. With AWS’s assistance,  they were able to migrate their production, pre-production, and development environments to Amazon EKS leveraging EC2 Spot Instances. As a result, their EKS cluster was able to handle 100% of their current traffic and scale appropriately per user growth. “We have been very happy with a lot of the discussions that we have been having with the solution architects and the other teams at AWS to scale,” says Gururaj.

After winning the ​​Aatmanirbhar Bharat App Innovation Challenge last year, a government-run search to locate the Indian apps most likely to scale, Koo was able to onboard both a creator and a consumer network. They have also been concentrating on adding more creator-friendly tools, including an industry-first, patent pending feature called Multilingual Koo.

Looking forward, Koo plans to keep scaling, which means adding more languages and catering to more users in various countries. In other words, becoming even more inclusive. Their current goal is to have 100 million users on the platform. “To get to that stage, we need to build our community, we need to scale our systems, we need to introduce more innovative features, we need to strengthen our language modeling, we need to bring about a much better experience for our users,” says Gururaj. “There’s a lot more ground to cover in India and Nigeria specifically at this point of time. And we want to take this platform to much larger audiences outside India and Nigeria as well.”