The time spent on any item of the agenda will be in inverse proportion to the sum [of money] involved.
—C. Northcote Parkinson: Parkinson’s Law of Triviality

In my last blog post I covered issues inherent in freeing up time to become more agile. In this post I’ll get into some ways of eliminating waste in organisations. This is at the heart of becoming more agile, but shouldn’t be confused with efficiency. Efficiency has its place but has also led to organisations over-optimising processes to the point of fragility. In contrast, agility is intrinsically related to being resilient.

In the language of Lean thinking, waste, or muda, is any process step that does not add value to a desired outcome. I’ll focus on a handful of tactics that will help you create a relentless focus on value creation. These aren’t particularly innovative, but are repeatedly underrated. 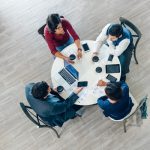 Autonomous teams tap into the very essence of human motivation. For example, the McDonald’s Home Delivery case study and the use of agile teams has been cited a lot, but such teams date back years. Regularly, leadership would establish cross-functional, time-boxed “fast-action teams” (yes, an unfortunate acronym!) to rapidly advance business-critical initiatives. Core characteristics of these teams were consistent with Agile principles, including engaging with customers directly, creating a clear mandate, and having end-to-end accountability for the outcome.

Two strategies are particularly pertinent to waste elimination. First, select your top talent for these teams, not just individuals who are available. This sends a clear message on priorities and forces the team to deprioritise the not-quite-so-important work. It also creates a pull for others to want to be on one of these elite teams. Second, invest in supporting roles. One such role is akin to a scrum master. This role helps fuse the team together by facilitating the forming-storming-norming process and bringing data-driven objectivity to the team’s approach. 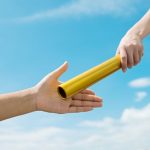 You might be shocked to learn that teams can spend 80% of their time waiting for others to complete work they are dependent on [1]. Maybe this isn’t the norm, but it’s indicative of highly integrated, complex organisations. This brings me on to the second support role: a sponsor (or a single-threaded owner) who supports the team in eliminating barriers, historic but pointless standards, and unnecessary oversight and reporting. Such a senior leader also creates emotional engagement and momentum, emphasising the importance of the work.

Have one of your senior leaders embed themselves in one or two of the key fast action teams. This achieves two things. Firstly, the leader can observe delays first hand and systematically eliminate them. The leader can question everything and empower the team to work around organisational blockers. A BCG study showed that on average, seven approvals are required for a manager to make a decision! I bet some of these have to wait for quarterly meetings before they happen for no apparent reason. Secondly, the leader will shorten the organisational distance between those doing the work and those asking for it, helping with the motivation and learning of the team and the leader. Can’t free up some of a leader’s time? Well, what are they doing that’s more important than making sure the doers can do? You might be surprised by the capabilities of the leader’s own direct reports to step up. (In fact, this is one of the reasons why some companies still have sabbatical programmes.) 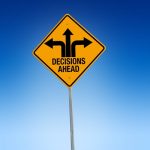 Simplify decision-making. I can’t recall the last effective RACI matrix I saw. They end up reinforcing your organisation’s complexity by designating multiple people responsible for one thing and making everyone else believe they need to be consulted. You can reduce the need for these decision-making ceremonies by giving approval powers only to leaders and managers more closely involved in the actual work and by establishing clear expectations of ownership and outcomes. Leaders can coach teams to step up and take ownership of their work while fending off others who believe their opinion needs to be heard or who demand multiple status reports. After all, most decisions are not existential.

Serve Those You Lead 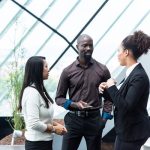 The normal enterprise management playbook sees numerous meetings cascading from the senior technology leadership post-offsite down to those doing the work in the form of all-hands meetings. Clarity on direction is important, but what about actually helping the workers more directly? Instead, set up cascading stand-ups multiple times a week, starting with the working teams and their managers and culminating in issues being brought to executives to solve. These only need to be fifteen to twenty minutes long and are designed to understand and resolve issues stopping the doers from doing. These stand-ups aren’t for HR, offsite planning, or the next department meeting. Swap from managing (telling) to leading (enabling). I can’t think of anything more important than ensuring value-added work gets done. Oh, and in doing so you’ll be able to retire other unnecessary meetings created because issues are left to fester for too long.

The Dogged Pursuit of Modular Applications 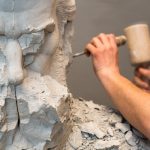 A second proven way of reducing wait time is by minimising the size of application releases and reducing dependencies. While microservices are a way of doing this, the thought of undertaking a massive rearchitecting initiative while still trying to keep up with business demand can lead to inertia. Instead, accept that small, continual changes with a relentless focus on simplification and decomposition can get you to the same place without the stress of a lift-and-shift. My colleagues Bryan Landerman, Mark Schwartz, and Joe Chung discuss how to right size applications and processes in their blog posts. 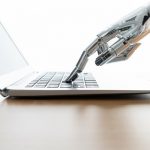 A key attribute of agile and lean teams is how they use data. Agile and lean teams automate reporting on the usage of new functionality. They prioritise automation of infrastructure and solution stack builds. They automate security checks. They automate burndown charts, reliability stats, and other status reports. They automate alerts and escalations for support issues. I think you get the gist. Having an automation or Lean-trained engineer on the team help establish these behaviours. Similar to changing your application architecture, automate deliberately and incrementally. The anti-pattern is to continue to do everything manually and reactively, subsuming more and more team time and money. 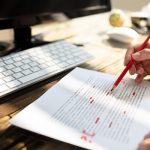 While the antithesis of the advice I’d normally give, adding friction to processes can flush out unnecessary work. Too many meetings are hastily prepared for, covered up by seemingly important but vague bullet points on a PowerPoint. No one quite understands the content, leading to confusion and angst, along with a demand for unnecessary follow-up meetings. Have those requesting your attendance to a presentation commit to paper a summary of what they need and supporting data. Make sure they have this peer reviewed prior to the meeting. If valuable time is being requested, it is only right that the preparation reflects this whilst also avoiding unnecessary confusion and rework. 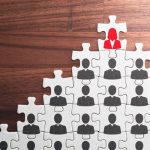 I am not a fan of reorganising as the foundation to improve organisations. Whilst often highly visible and can make new leaders feel “leadership-ish,” reorganising is rarely effective and always disruptive. Too often, reorganisations are optimistically positioned as “reducing costs by 30% and becoming more agile.” Good luck with that. Organisations are complex adaptive organisms which don’t react well to over-planned changes. Organisational changes will emerge over time as you eliminate waste. As you become more agile, the efficiencies in delivery and, in particular, the cost of mistakes will yield the financial efficiencies you are looking for.

There are two other issues, though. Firstly the ratio of hands-on technical resources to non-engineering resources has increasingly tipped towards less direct value-add activities. Secondly many organisations have seen a growing number of layers, occasionally pruned but then regrowing over time. Both of these impede the need to deliver value faster. That, as they say, is the topic for another blog post.

If you take these steps—or at least a step—you will be one step further towards becoming more agile.